One of Rolls Royce boss Torsten Muller-Otvos’ most memorable auto show moments came last year in Beijing when a man walked through the crowd to the carmaker’s stand and set down a suitcase. “Millions of renminbi,” the man said of the suitcase’s contents. “Really, that was amazing. He bought a Phantom,” Muller-Otvos said. The Rolls […] 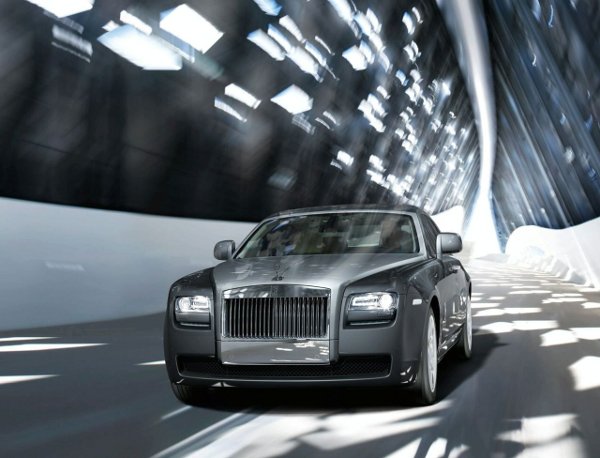 One of Rolls Royce boss Torsten Muller-Otvos’ most memorable auto show moments came last year in Beijing when a man walked through the crowd to the carmaker’s stand and set down a suitcase.

“Millions of renminbi,” the man said of the suitcase’s contents. “Really, that was amazing. He bought a Phantom,” Muller-Otvos said.

The Rolls Royce chief executive told AFP no cash buyers had come forward yet at the ongoing Shanghai auto show, but the exhibition has provided further proof for luxury carmakers that their future is in China.

Sales of luxury cars are booming, reflecting the explosion of wealth in the world’s most populous country, which has 115 billionaires according to Forbes magazine’s 2011 list — second only to the United States.

As soon as Muller-Otvos finished unveiling the new Ghost with an extended wheel base on Tuesday — the first time Rolls Royce has premiered a new model in Asia — the stage was swamped.

“Normally, this does not happen. Not on the first press day,” Muller-Otvos said.

China’s luxury car sales are expected to rise to more than 909,900 units this year, up from about 727,200 last year, according to forecasts by IHS Automotive. And that number could to climb to 1.6 million in 2015, it added.

The number of individuals in China worth at least 10 million yuan ($1.5 million), rose by 9.7 percent in the past year to 960,000, according to a report published last week by the Hurun Report, Shanghai-based wealth trackers.

This is a source of political tension in China, where there is rising public dissatisfaction with a widening wealth gap. The government has vowed to pursue more equitable growth in the future.

But carmakers’ ambitions are fuelled by Chinese growth rates that continue to be the envy of the world — the world’s second-largest economy grew 10.3 percent in 2010 as other major economies limped out of the global downturn.

“There are more cities with millionaires in China now than in Europe,” Matthew Bennett, the Asia-Pacific director for British luxury car maker Aston Martin told AFP.

Aston Martin caused a buzz in Shanghai by selling one of its super-luxury One-77s for 47 million yuan. The company will make only 77 of the cars and five were set aside to sell in China.

Prices for the One-77 start at 38 million yuan in China, including taxes, and are higher for add-ons such as solid-gold interior features, Bennett said.

“We don’t like to say it’s the most expensive car in the show, but we are pretty confident it will be,” he added.

Asia is the fastest-growing region for Aston Martin, currently accounting for 10 percent of its sales. China overtook Japan last year to become its top market in the region with more than 100 cars sold.

“We are very, very excited about the potential in China,” he said.

Italy’s Lamborghini said it expects China to become its number one market this year as sales accelerate at turbo speeds.

Orders from China are coming in faster than Lamborghini can make cars and customers at the Shanghai auto show were being told they would have to wait until next year for delivery, China Business News reported.

Luxury carmakers believe this could be just the start of a golden age for them in China.