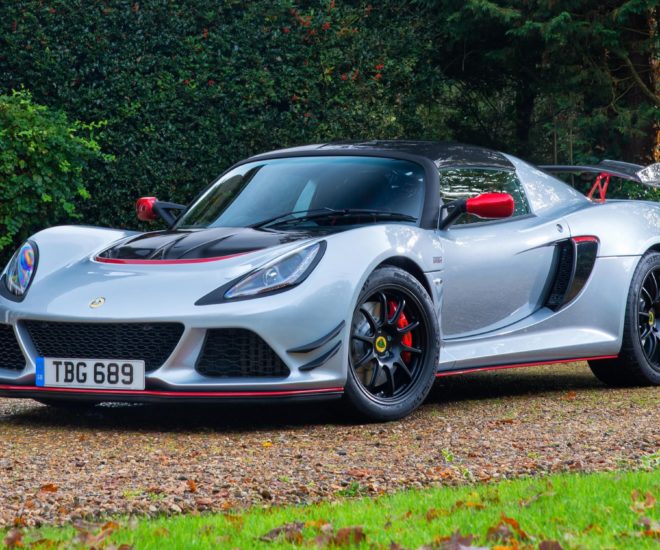 The latest offering from British automaker Lotus is a lean and mean supercar that shreds the fat without losing power. “Lightweight but superlative in power” had described the previous Lotus Evora Sport 410 and Elise Cup 250 Edition, and it seems like the follow-up model matches that criteria.

The Lotus Exige Sport 380 is only 1,066kg in weight, but equipped with a 3.5-liter V6 engine tweaked with new supercharger pulleys, resulting with 375hp or 352hp per tonne of power. If you do the math, you will see that it is only 23hp short of the magical one-to-one ratio, meaning 1hp to 1 tonne.

This phenomenal power means the car completes the 0-100km/h race in only 3.7 seconds, with a top speed of 178mph – the quickest yet from Lotus. Being a Lotus, it should be able to manage these speeds in a straight or in a bend.

“We’ve saved something special for our last new car of 2016,” said Jean-Marc Gales, CEO of Group Lotus plc. “The cut in weight is nothing short of drastic and, combined with the hike in power and its enhanced agility, we’ve created something exceptional – far greater than the sum of its parts.”

The Lotus Exige Sport 380 is priced at approximately $83,000, which is a feat for a supercar equipped with these features.

As impressive a package as the new Exige will sound, especially to serious drivers who want an everyday supercar experience, from the outside at least, the model is starting to look a little old (as too is the lighter, less powerful but more popular Elise).

But here too there is good news. After a decade of struggling to make ends meet, Lotus is firmly back in the black. This massive turnaround has been achieved in no small part by its engineers’ ingenuity — and it also means Lotus is back in a position to start heavily investing in developing new models.

An all-new version of the compact Elise sportscar is expected in 2020 and that will be followed by an equally new Exige.

But in the meantime the company is going to continue improving on its current range of cars in terms of handling, weight and performance.