To celebrate its 50th anniversary, Lamborghini has introduced its fastest and most outrageous road car yet, the Veneno. 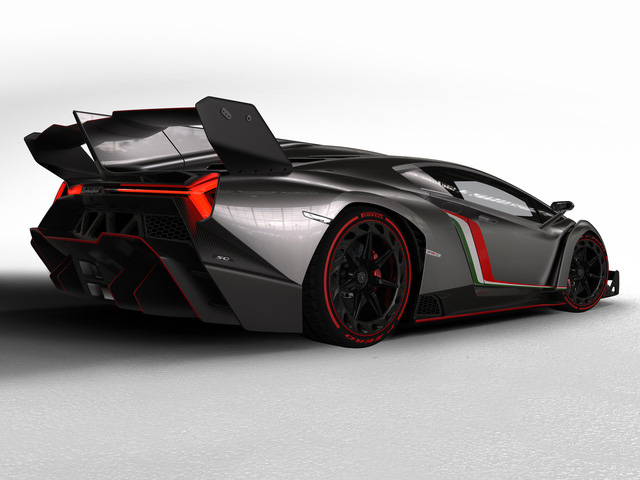 To celebrate its 50th anniversary, Lamborghini has introduced its fastest and most outrageous road car yet, the Veneno.

The Veneno is named after a legendary fighting bull whose reputation was built on the fact that it was one of the strongest and most aggressive in history. The Veneno is based on the Aventador coupe and is built almost entirely from carbon fiber. It boasts a V12, 750 horespower powertrain and permanent four-wheel drive.

Lamborghini says the Veneno can reach speeds of 220 miles per hour (355 kilometers per hour) and accelerates from 0-60 mph in 2.8 seconds. The model making its world debut at the Geneva Motor Show is grey, but the three production models will each be finished in one of the three colors of the Italian flag.

The green, white and red cars will retail for €3 million ($3.9 million) plus tax and Lamborghini claims it has already secured a buyer for every example. However the display model, which carries the production number 0, will remain the property of Lamborghini.

Likewise, although the Italian supercar maker has guaranteed delivery of each production model before the end of the year, production won’t start until further track-based testing has been completed.