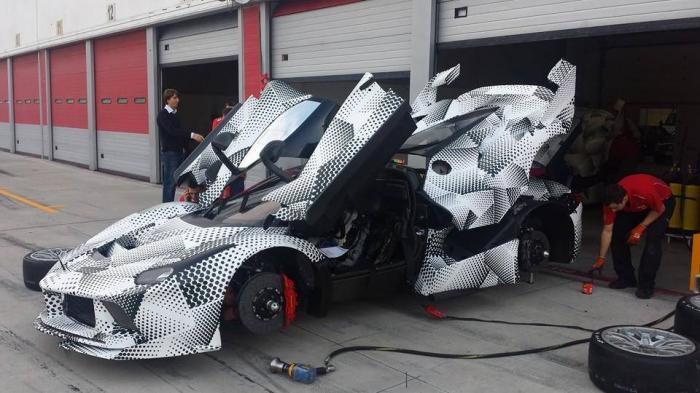 UPDATE: Ferrari has just taken the wraps off the race spec version of the LaFerrari hypercar, called the FXXK.

The interior is stripped of any unnecessary frills and equipped with a roll bar, in addition to a steering wheel with built-in controls.

This enhanced supercar is said to have up to 1,050hp, although no specific details have surfaced on the nature of the powertrain.

The LaFerrari XX will be officially unveiled at the 2014 Finali Mondiali, which is to take place in Abu Dhabi from December 3 to 6. Introduced at the 2013 Geneva Motor Show, the LaFerrari combines an electric motor with an 800hp V12 fuel engine for a total output of 963hp.

The LaFerrari XX would be a direct competitor to the McLaren P1 GTR, which is also currently testing and due for launch in 2015.

A concept version of the British supercar was premiered last August at the Pebble Beach Concours d’Elegance in the US. Like the LaFerrari XX, this enhanced version of the P1 is expected to rev up with over 1,000hp.