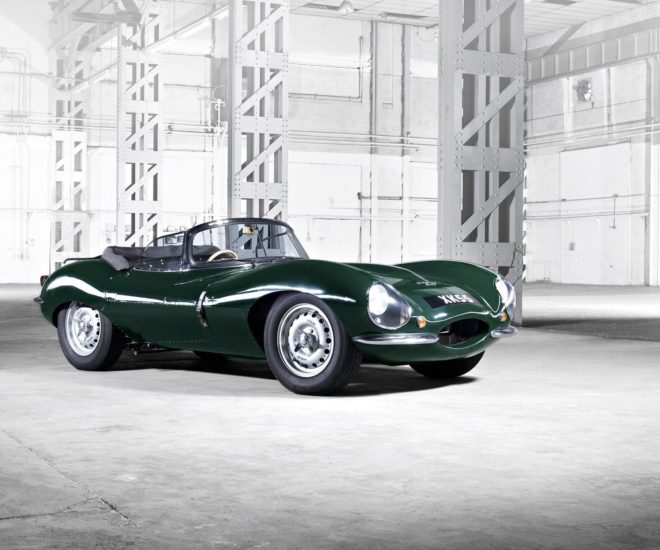 British automaker Jaguar confirmed Tuesday that the legendary 1957 classic, the XKSS, will be returning to 21st century roads but there will only be nine.

One of the most loved and lusted after of all race-bred Jaguars (just look at it and tell us you don’t want one, post-haste), the XKSS was one of Steve McQueen’s favorite cars. Ok, it is not just the looks of the car that would have appealed to McQueen; it was essentially a road-legal version of the company’s Le Mans-winning D-Type.

Enthusiasts and collectors will want to take note that each of the new cars will be built by hand, using exactly the same techniques and materials as with the original car. We’re taking bets in the office that the continuation XKSS will be completely sold out before the cars debut later this year. The official reason given for the limited production run is because there were only nine models in the original run, which were destroyed by a fire at the Jaguar factory.

They had been destined for US customers but were never replaced. That is also why the continuation XKSS will be making its global debut in the US at the LA Auto Show this November.

Tim Hannig, Director of Jaguar Land Rover Classic, said: “The continuation XKSS reaffirms our commitment to nurture the passion and enthusiasm for Jaguar’s illustrious past by offering exceptional cars, services, parts and experiences.”