The Jaguar F-Type R Coupé, the most dynamically capable, performance-focused, production Jaguar ever, has made a dramatic debut in Los Angeles. 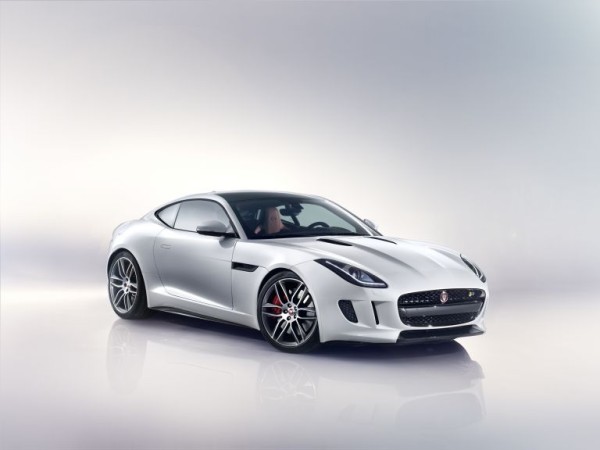 The all-new F-Type R Coupé launched simultaneously in Tokyo and LA is an amalgamation of everything that has made the marque great — comfort, power and stunning design.

As promised, Jaguar‘s new two-door coupe is based on the C-X16 concept car that got a lot of motoring journalists hot under the collar when it was revealed in 2011, and thanks to a bruising 5-liter, supercharged V8 engine under the hood, the range-topping ‘R’ model is more than just a pretty face.

But it’s not all brute force, there are also one or two high-tech touches keeping the car’s 550 horsepower in check, notably an electronic active differential and a new Torque Vectoring system for controlling the feed of power to individual wheels. But it’s also good to see that much of the car’s handling and road holding are thanks to things like a very rigid yet lightweight shell that will keep the car flatter in corners. It also has carbon ceramic matrix brakes and an eight-speed sequential gearbox. The cabin is awash with leather and suede in a nod to the historic Jaguars, while the roof can be specified in glass for a full panoramic view, without sacrificing any of the car’s rigidity or performance.

Although two cheaper, less powerful versions are available (the standard F-Type and the F-Type S), in the UK the F-Type R Coupé will cost £85,000 (€100,000) which puts it on a collision course with the BMW 6 Series, Mercedes SL, Porsche 911, and potentially the Audi R8.

And, as good looking as the F-Type is, it has yet to match its European rivals in terms of performance, creature comforts or active driver aids.