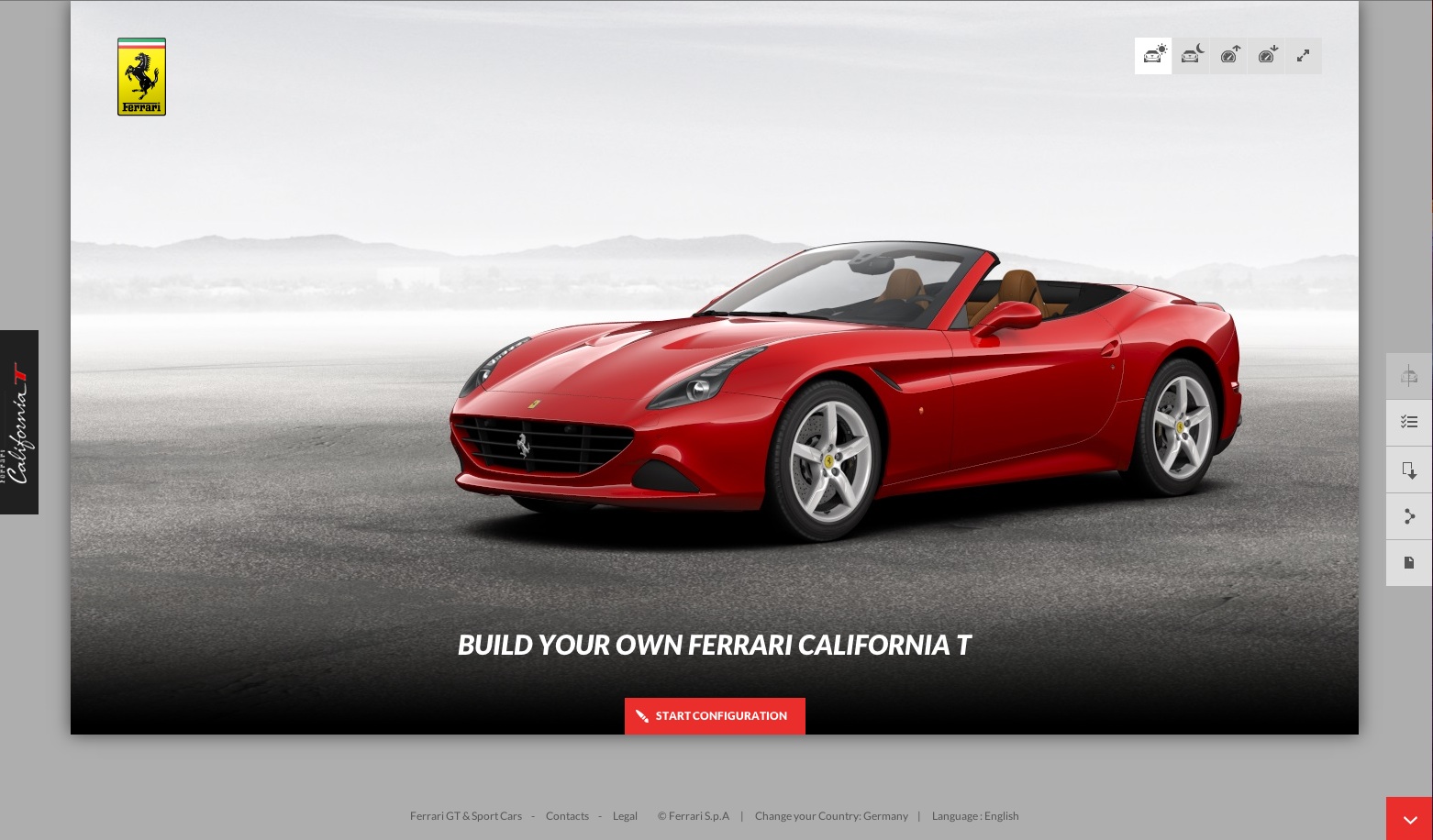 Ferrari has launched an online configurator for its California T, allowing fans to build their ideal version of the convertible supercar down to the last detail.

Introduced at the 2014 Geneva Motor Show, the Ferrari California T is slated to go on sale in September. An entry-level model by the Maranello-based brand’s standards, the new sports car will be available starting at €190,000.

On the exterior, the configurator lets users choose the paint color, the type of rims and the color of the brake calipers. Additional components such as a chrome-edged grille and a sports exhaust system can also be selected.

Next, users can customize the colors and materials used in the car’s interior before selecting their preferred styles for the doors, seats, cockpit, central tunnel, luggage compartment and accessories.

SEE ALSO: THIS IS THE NEXT FERRARI CALIFORNIA T The California T convertible is powered by a V8 turbo engine with up to 560hp, which allows it to reach a top speed of 316km/h and to accelerate from 0 to 100km/h in just 3.6 seconds. The new model also boasts the latest version of Ferrari’s traction control system developed for F1 race cars, enabling maximum acceleration when coming off a turn.

Carbon ceramic brakes, combined with ABS and ESP tech, allow the sports car to go from 100km/h to a complete stop in a distance of just 34m.

FERRARI also informs that the California T is more efficient than the outgoing model, with a fuel consumption of just 10.5l/100km over a combined driving cycle, or the equivalent of 250g/km in CO2 emissions. Finally, its hardtop can be actioned in just 14 seconds. The model will be on display at the Paris Motor Show in October.

It is worth noting that the California T’s direct competitor, the new McLaren 650S, can also be customized through an online configurator.