The prestigious, six-cylinder engine 1964 Porsche 904 GTS was the last staggeringly durable and efficient design by Ferdinand Alexander Porsche for his family’s firm 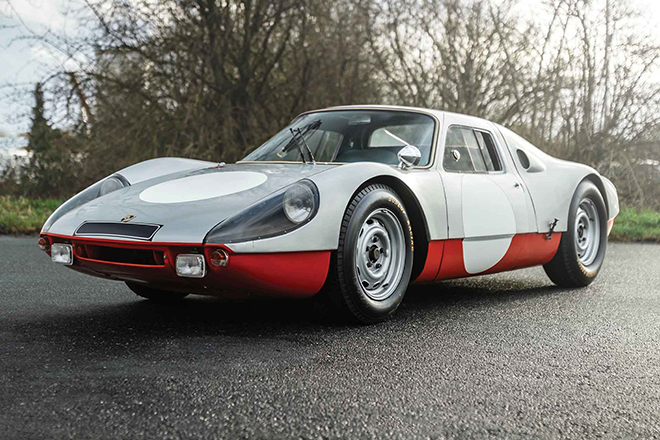 Gracing the auction blocks from now up till 10th June 2020, the 1964 Porsche 904 GTS purpose-built race car with road-going versions was built in direct response to the FIA’s homologation requirements. 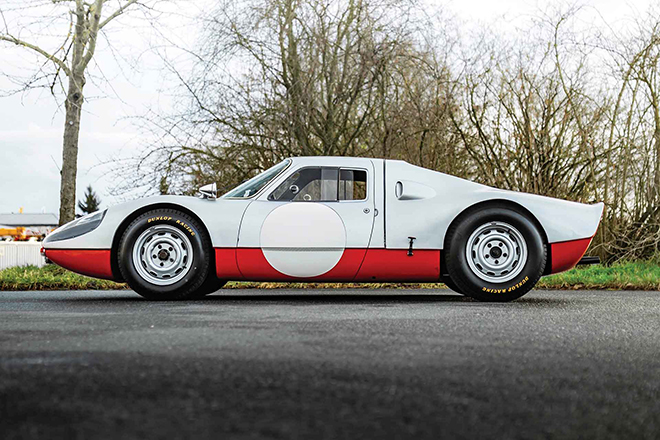 With a chassis number 904-062, this beauty finally exits 27 years of static display and single ownership, representing the first of a line of mid-engined 917 Porsche sports cars. As the last design by Ferdinand Alexander Porsche for his family’s firm, the 904 GTS boasts 1963’s latest aerodynamic theories with a pointed bonnet overhang and a Kamm tail at the rear, successfully resulting in a drag coefficient of 0.34.

Featuring fiberglass panels bonded to a steel chassis to increase torsional stiffness, whilst harnessing unimaginable power through a four-cam engine, the 1964 Porsche 904 GTS weighs a mere 655kg and has long proven to be staggeringly durable and efficient – achieving countless class wins with unparalleled performance.

Finished on 25th March 1964, this specific car was delivered new to Pierre Jaillardon in Marseille, who competed in a hill climb at Lodève just over a month later, before being sold off to Mr René Maucort, who became the principle competitor with 062, successfully competing in rallies and hill climbs throughout 1965 and ’66.

Plagued with damages from a frontal accident towards the end of 1966, the 904 GTS was then sold to Jose Piger, whom reportedly received the car without an engine or gearbox, before eventually being passed on through the hands of Freisinger and Heinz Kurek – who then proceeded to repair and refurbish this prestigious ride. Taking reference from his other 904 builds, Kurek remodeled the car as close to original as possible and handed it off once again. Continuing to be passed through innumerable expert hands, the 1964 Porsche 904 GTS eventually landed in the single ownership of Monsieur Petitjean in 1993.

The 1964 Porsche 904 GTS is currently fit with a six-cylinder engine, making it highly eligible for use in a majority of the top historic racing events after appropriate preparation. Worth anywhere between USD$ 790156.50 to USD$ 1015915.50, this prestigious build is currently for offer through RM Sotheby’s, under lot 186.