Carine Roitfeld has been working with Mercedes-Benz as its creative director and stylist for Spring/Summer 2013. 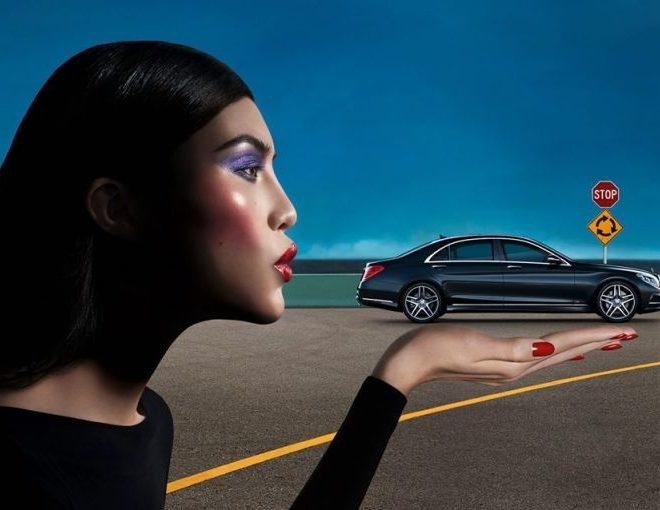 Mercedes-Benz has teamed up with super-stylist Carine Roitfeld on a new car campaign, and has also worked with London menswear designers Spencer Hart on a new shooting brake model.

Chinese supermodel Sui He was dressed in a billowing minimalist cape designed by Roitfeld herself to appear alongside the new Mercedes S-Class.

At the London Collections: Men, attendees at the Spencer Hart fashion show were also treated to the unveiling of the CLS 63 AMG Shooting Brake, specially styled by Nick Hart, the brand’s creative director. It’s the car company’s first ever collaboration with a UK fashion label, and the CLS will be available to order in a signature ‘Nick Hart Midnight Blue’ with an Italian leather trim in dark chocolate brown.