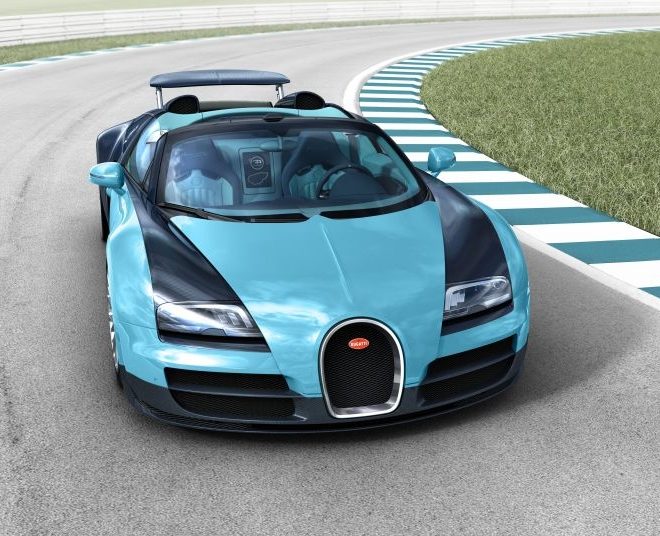 The extremely limited edition, consisting of just three models, is intended as an homage to the French champion driver, who won the Le Mans 24 Hour Race twice in the 1930s behind the wheel of a Bugatti.

This exceptional vehicle sports a unique blue exterior, with colors similar to those of the Bugattis driven by Wimille at Le Mans. This limited edition is the first of six new series dedicated to “Bugatti Legends,” celebrating the storied drivers who shaped the brand’s history.

The Bugatti Veyron 16.4 Grand Sport Vitesse is currently the world’s fastest roadster in serial production, with a record top speed of 408.84km/h. With its 8.0L W16 engine, capable of unleashing 1200hp, this Bugatti can go from 0 to 100km/h in 2.6 seconds. With performance at this level, fuel consumption is inevitably high: the car burns through 23.1L in 100km over a combined cycle, emitting 539g of CO2 per kilometer.

Since his death at the wheel in a 1949 accident, Jean-Pierre Wimille has remained an icon of the 1930s and 1940s F1 racing scene. The driver was loyal to Bugatti for several years, and drove Bugatti cars to victory twice in the Le Mans 24 Hour Race (1937 with Robert Benoist and 1939 with Pierre Veyron). Later he won the Grand Prix in an Alfa Romeo after the end of World War II.

It is worth noting that Bugatti is presenting this exceptional model during the year marking the 90th anniversary of the classic Le Mans race.