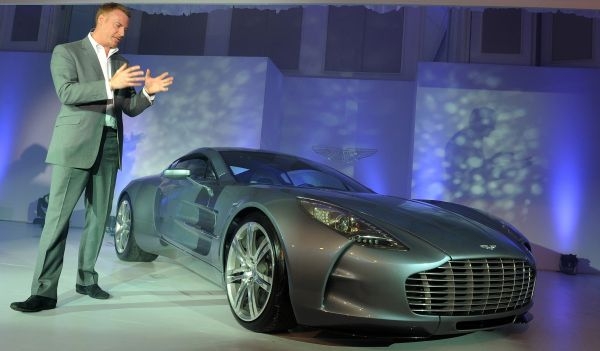 Aston Martin on Friday announced its entry into India, one of the world’s fastest-growing automobile markets, with the launch of three models in the country.

“India is growing so rapidly that it cannot be ignored,” said Lalit Choudhary of Performance Cars, Aston Martin’s official dealership in Mumbai.

Aston Martin has sold just 55,000 cars in its 97-year history — and about 5,000 cars each year — to the richest across Europe, the United States and Asia.

The company expects to sell a quarter of its cars to Asian and Middle Eastern countries in the next five years, sales director Bill Donnelly said at the launch.

Donnelly declined to say how many cars the company expected to sell in India.

Aston Martin will open a second dealership in New Delhi by the end of May.

India and China have become key markets for global car manufacturers after growth in their primary markets of Europe and the U.S. has stagnated in recent years.

Founded in 1914, Aston Martin was sold in 2007 to a consortium that included Kuwait’s Investment Dar and Adeem Investment.

The opening of the Aston Martin Mumbai showroom boosts the company’s global dealership network to a total of 134 dealers in 42 countries.