The best preserved cars from many of this year’s biggest concours competitions will be heading to Paris this November for a show of their own. 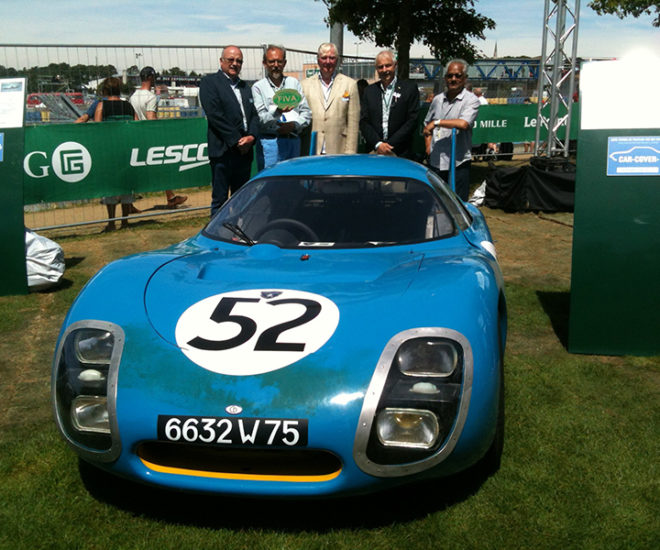 The best preserved world heritage cars from many of this year’s biggest concours competitions will be heading to Paris this November for a show of their own. In total seven awards will be given and the winners will be invited to display their cars at the UNESCO headquarters alongside a host of other curated classics from November 15-21.

The UN-supported initiative is the brainchild of the Fédération Internationale des Véhicules Anciens (FIVA), the global organization committed to keeping older vehicles restored, celebrated and on the road. This year has been declared World Motoring Heritage Year and FIVA is using it to promote the joys and responsibilities of classic motoring.

“Now is the ideal time to celebrate the freedom, pleasure and technological advances that our motoring heritage has brought us,” said Patrick Rollet, President of FIVA. “The automobile has – over the last hundred years or so – had a hugely liberating effect on humanity. FIVA welcomes safer, cheaper, more environmentally friendly modern vehicles as necessary transport, but as autonomous cars become the norm on arterial roads, the back roads will increasingly be available for people to enjoy classic motoring.” But FIVA, which marks its 50th anniversary in 2016, is also using this year to put pressure on carmakers to promise that they will offer the necessary support for newer cars when they hit true classic status. The computer components in all cars built since the 1980s are going to break down and degrade over time, whether in use or not, and the FIVA wants car companies to act now to preserve these types of components.

“The premium cars of today have some 60-100 separate ECUs, controlling every aspect of the car – and the complexity of the software is increasing every year. While the immediate need is to protect the longevity of vehicles from the 1980s to the end of the millennium, we also need to ensure that there is a future for today’s vehicles, 30 years from now. Currently, we are not sufficiently prepared, explained Stephan Joest, a consultant in electronic vehicle components who is advising the FIVA on the matter.

As for the best-of-the-best awards, four have already been presented – to a 1930 Cord L-29 with custom body by the Walter M. Murphy Company, shown at Amelia Island; to an Alfa Romeo Giulietta SZ Zagato at Villa D’Este; for a 1966 CD Peugeot at this July’s Le Mans Classic; and to a 1968 Porsche 911 at the Classic Days Schloss Dyck in Germany on August 7.

Awards will also be presented at Pebble Beach on August 21, the Autoclasica Buenos-Aires in October and at Cartier Travel & Style Concours d’Elégance in India.