New technologies promising a greener future for the industry and no loss in power come to the Geneva Motor Show. 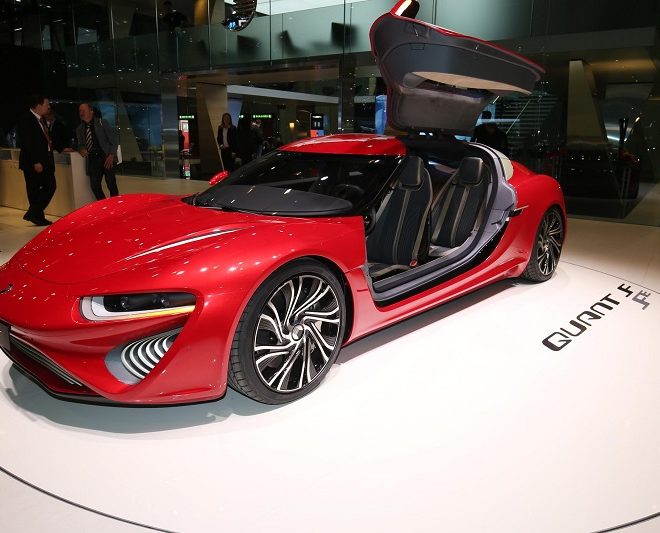 Fast cars have relied on the internal combustion engine for far too long, to the detriment of both the environment and, arguably, performance. More and more, though, motoring firms are rising to the challenge of setting things right. At this year’s Geneva Motor Show, we saw a lot that we liked, in terms of greener concepts that addressed the issue of oil dependence without compromising on power. These are some of the new models that embrace the green side, without going soft: Displayed in a gleaming yellow, this plug-in electric shooting brake has claimed a 500km range and can recharge by 80% in 30 minutes. That is less time than it takes to charge a typical smart phone. Thanks to its three electric motors, the GTZero has 483hp on tap. No 0-100km/h has been quoted yet but it is proposed with four-wheel drive and four-wheel steering.

Another timeless design is its modular construction. If you don’t fancy this body, the front and rear portions can be replaced to suit different styles of car and, crucially different types of propulsion – better batteries, a hybrid powertrain or even a fuel cell (remember those?). The legendary Pininfarina style is self-evident here, if you have eyes in your head. Not so self-evident though is the kind of environmentally sound thinking that went into this vision of a high performance track car. Incorporating revolutionary developments in hydrogen fuel cell technology, this sporty model promises fast driving fun.

Two electric motors deliver more than 500 horses worth of power to the rear wheels, pushing from a 0-100km/h in a gut-wrenching 3.4 seconds and topping out at 300km/h. It takes 3 minutes (that’s less than you spend at the pump right now) to refuel and still performs at the same level as a traditional performance vehicle. Claiming to be China’s first supercar, the TREV also has an engine fit for easing the pressure on the country’s haze-heavy atmosphere. This electric car uses a turbine engine (you know, those things that power fighter jets) for battery recharging and range extension, and produces, at peak power, 1,030bhp. Projections indicate 0-100km/h in 2.5 seconds and a 350km/h top speed. The fuel consumption, though, is just 0.18L/100km.

Current plug-in hybrids or range-extending hybrids pair an electric engine with an internal combustion engine to share the driving load or to regenerate the battery. The turbine engine is a first (the Jaguar C-X75 had a similar system though), and if successful, may be adopted in other models. It is worth noting though that the turbine engine is still an internal combustion system… This car appeared last year, but this year the design has evolved and its unique powertrain technology is closer to production. It has a top speed of more than 300km/h but zero harmful emissions thanks to the nanoFlowcell drive technology.

The nanoFlowcell uses ionic fluids to generate the charge that powers an electric motor. One more step towards the dream of an electric car with all the benefits – acceleration, torque… – and none of the drawbacks.

Images courtesy of Newspress and Techrules