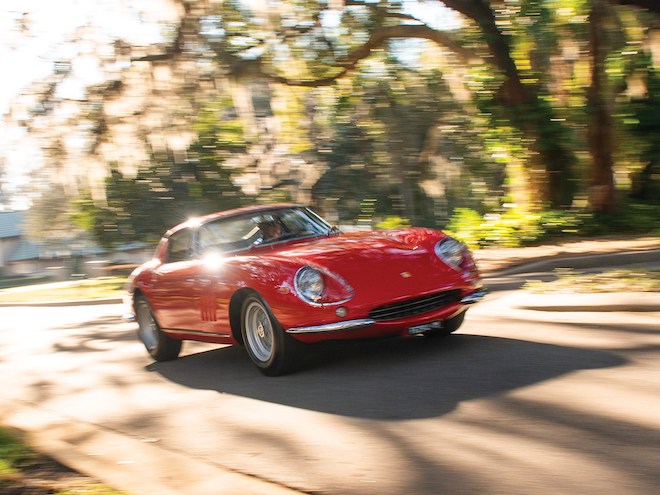 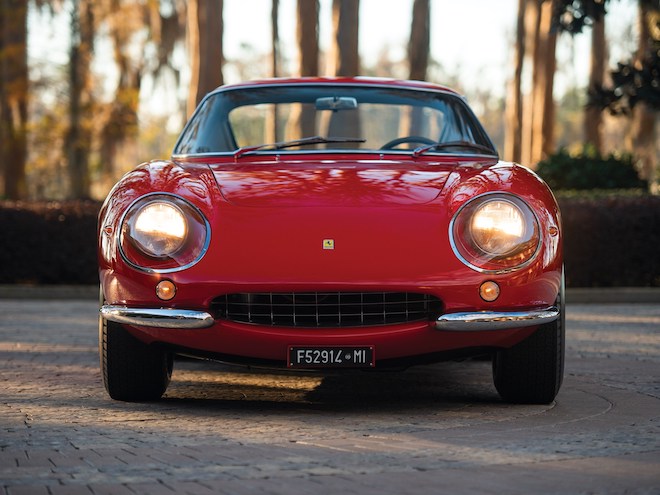 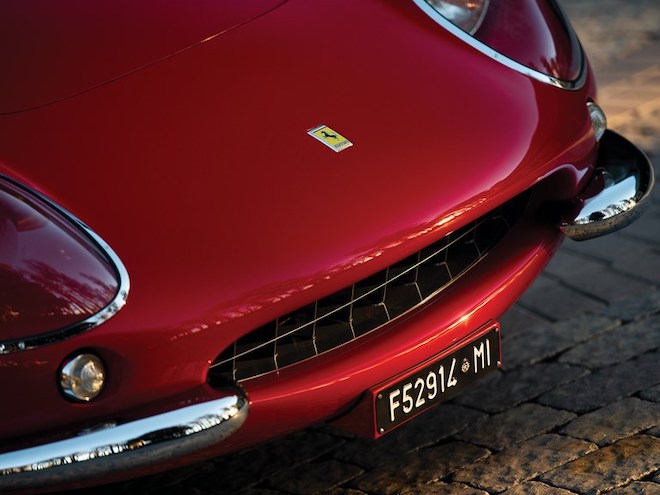 70 year motoring institution, Motor Trend Classic once named the 275 GTB coupé as number three in their list of the ten “Greatest Ferraris of all time” and replacing the Ferrari’s legendary 250-series GT racers was a high bar for both Maranello engineers and the car leisurati.

Conceived in both two-seater coupé and spider configuration,  the Ferrari 275 is a series of front-engined V12-powered grand touring automobiles produced between 1964 and 1968 but the 1966 Ferrari 275 GTB/C by Scaglietti is still one of the finest vintages ever to be produced from Maranello. 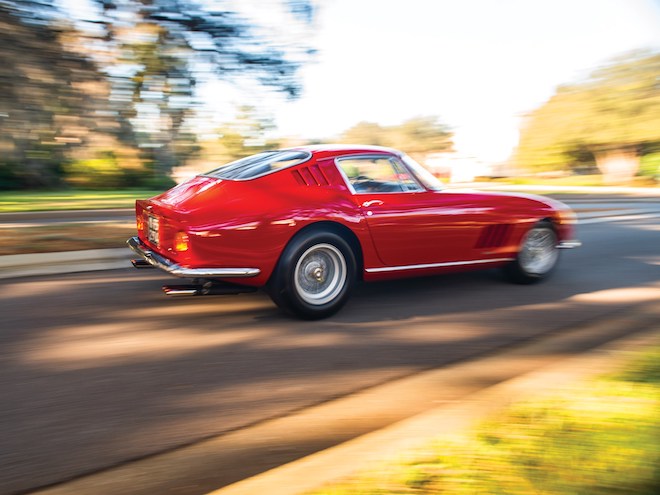 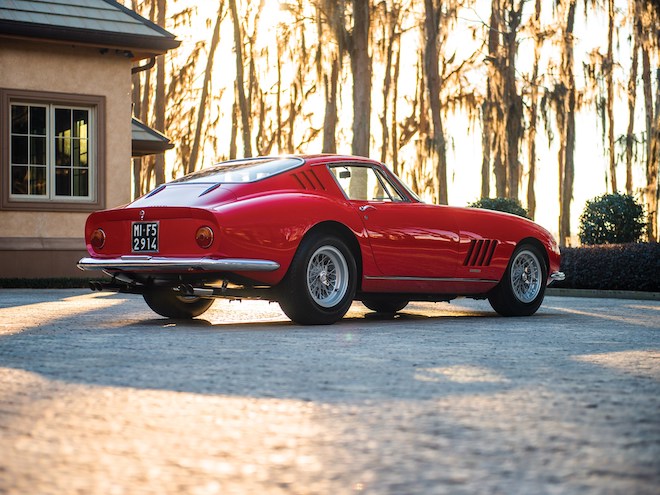 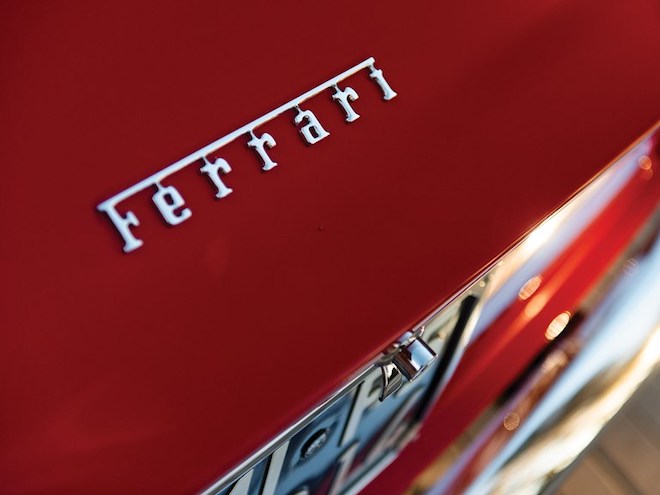 Coming off of numerous wins at Le Mans, the Tour de France, Sebring, and Daytona, Ferrari set their benchmark with a quartet of 250 GT LWB berlinetta, 250 SWB, 250 LM, and the 250 GTO, some of the finest classic sports cars ever made. Case in point: a 1962 Ferrari 250 GTO sold for a record price of $48.4 million dollars at an RM Sotheby’s Auction in Monterey, California in August 2018. In fact, the demand for a 250 GTO has reached such fever pitch that an Italian court ruled that model a “work of art” protecting it from unauthorised replication, immediately ending a bespoke cottage industry that had arisen around consumer demand for the Ferrari 250.

Designed by Pininfarina with coachwork constructed by Scaglietti, the prototype Ferrari 275 GTB was originally built with short-nose bodywork before Maranello settled on the long-nose body for its production models. The 275 succeeded the 250 GT SWB Berlinetta  and during its four year production run, was available in short- and long-nose two-cam models, four-cam berlinettas, and NART spiders. The 275 platform provided a great starting point for Ferrari’s continued competition success, boasting near perfect weight distribution. 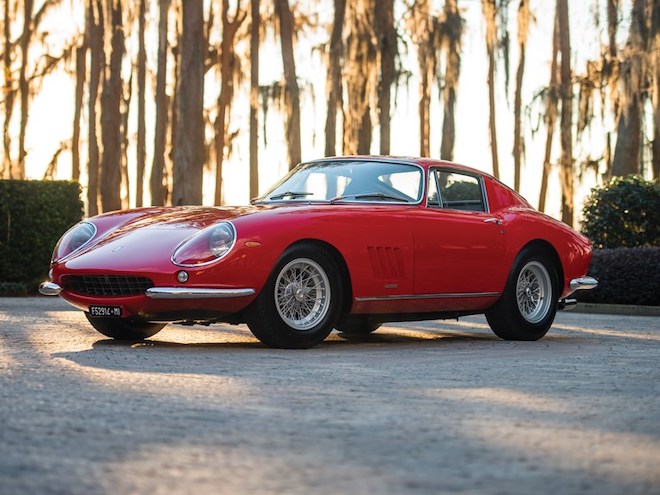 The evolution of the 275 GTB

The first 275 GTBs were built for competition. One exemplar managed an unprecedented (for a factory fresh Grand Tourer) 1st in class and 3rd overall at the 1965 24 Hours of Le Mans in race with sport car prototypes. This success inspired Maranello to launch the Ferrari 275 GTB Berlinetta Competizione, or 275 GTB/C.

Built around a new chassis, the Ferrari 275 GTB/C was fitted with reinforced wheel hubs that made the classic 275 GTB/C both stronger and lighter than the standard 275 chassis. The 275 GTB/C’s engine was also all new and fitted with high-lift camshafts, reinforced pistons, a unique crankshaft, and special valves, including dry-sump lubrication while the engine block itself was reinforced with external ribs, and the casings of the sump, timing chain, cam cover, and bell housing were built in Elektron. Finally, aluminum bodywork hand crafted at Scaglietti clothed each chassis and engine, making for a car just as gorgeous as it was competitive, shedding precious grams over the standard steel coachwork. 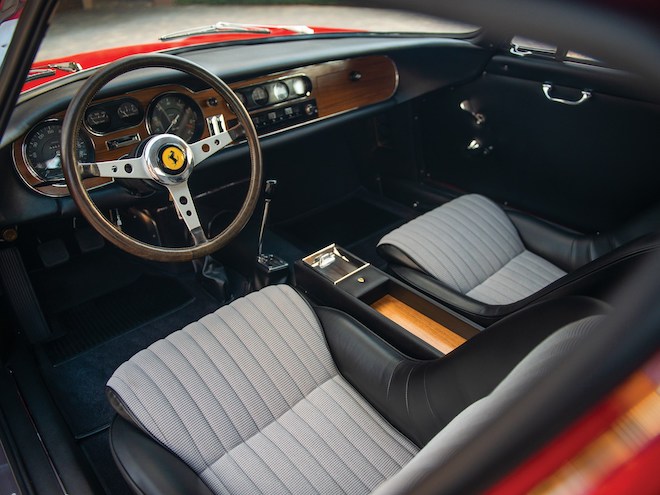 This Ferrari 275 GTB/C by Scaglietti with chassis no. 09067, bears a provenance beginning in 1966 and it was sold to its first owner on 16 August to Luciano Conti, a favoured VIP customer of Ferrari who had owned several models including 250 GTO and GT SWB Competition models. It was apparently loaned to future Scuderia Ferrari team driver Arturo Merzario for a period of time before it was finally sold in March 1967 to Enrico Tronconi of Milan. Oddly, a performance vehicle of such a nature was not raced until its third owner, Vito Figlioli of Milan, in 1969.

The 1966 Ferrari 275 GTB/C eventually left Italian hands in 1973 when it was purchased by Paul F. Schouwenburg of the Netherlands in trade for his 212 Inter Touring Berlinetta where it was raced on the Pierre Bardinon’s Mas du Clos race track at the Club Ferrari France meeting in 1973. It had two subsequent Dutch enthusiast owners before it was [urchased by a well-known collector in 1995, and registered in the UK where it was exhibited in vintage rallies and tours. 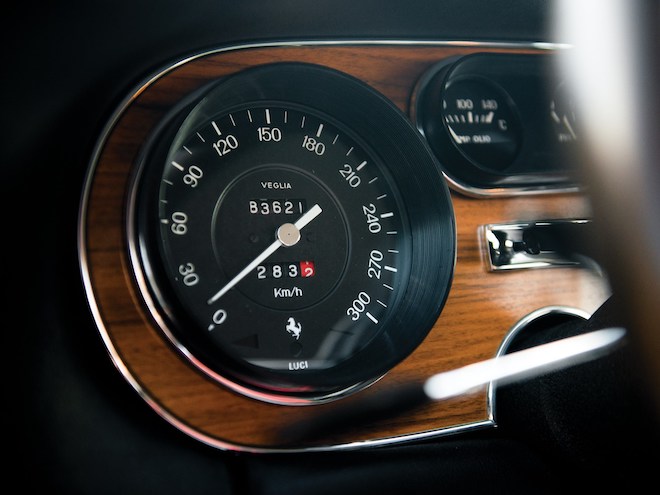 The treasured specimen was regularly maintained by the UK-based specialists at The Light Car Company where it was during this period that 1966 Ferrari 275 GTB/C also received Ferrari Classiche Red Book certification, confirming it still retains its fully matching-numbers drivetrain and bodywork. The current owner eventually had it shipped to Mark Allin’s Rare Drive of East Kingston, New Hampshire, where it was fully restored to factory condition. 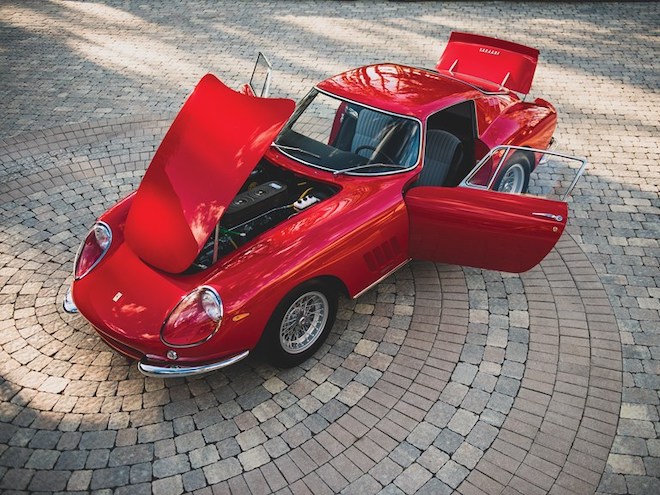 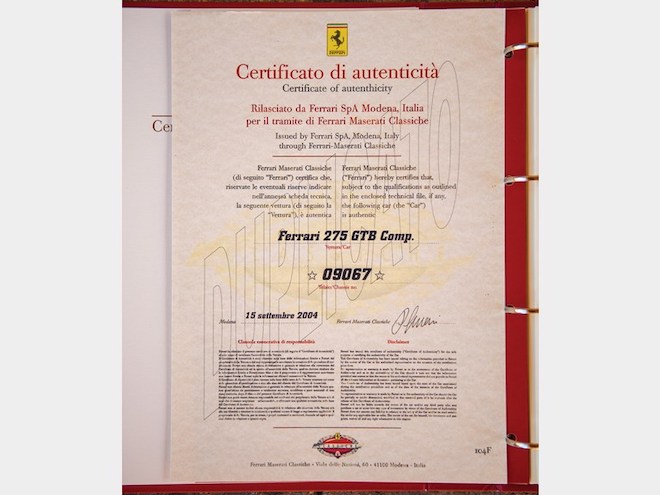 The classic car was shown at the 2017 Pebble Beach Concours d’Elegance, celebrating Ferrari’s 70th anniversary. Earning a Platinum Award at the 2018 Cavallino Classic, winning further awards at both the Hilton Head Concours d’Elegance and the Trump Charlotte Concours d’Elegance later that year. The car comes with all original, period tools, original set of Borrani wheels with Dunlop tires, and is in impeccable show condition.

Place your interest in the 1966 Ferrari 275 GTB/C with RM Sothebys.