When the Riva 100 Corsaro had its world premiere at Aberdeen Marina Club in Hong Kong recently, guests gradually became aware that they were also attending a rather unusual art exhibition. Startling sculptures and paintings by contemporary artists were strategically placed in the salon and suites, enhancing the appearance of Ferretti Group’s already luxurious interior design, and adding another unique custom aspect that pleased the owner.

Curated by Edith Ho’s Gallery des Artistes, this pop-up Arts’n’Yachts show is a further example of the increasing importance of artwork aboard larger vessels.

Once regarded as an accessory to interior design, an owner trend in Asia-Pacific suggests blending both. Ms Ho is currently working on the interior of an enormous Ferretti Group yacht being delivered in Asia next November, but we have to keep that particular project under wraps.

She has an exotic Danish-Brazilian background, and was raised in Paris. Arriving in Asia 25 years ago, Edith married Edwin Ho, nephew of Macau casino magnate Stanley Ho. His Starship Yachts is one of the region’s leading big boat agencies, specialising in Italian yards. They have three children. Jamie, 22, is completing a Master’s Degree in London, Pamela, 19, is setting off on another course, studying business in Spain, and Dominic, 9, is still at home.

Home has been Kuala Lumpur for about a decade, while the children were growing up, although they retain close ties and business interests in Hong Kong and Macau, and have kept another abode in the South of France, first at Antibes and now Cannes.

Both speak fluent French, English and assorted Asian languages and dialects. Edith studied to become a Simultaneous Translator at the United Nations in Geneva before meeting Edwin in Paris, and is also fluent in Italian, Spanish and Portuguese.

“I was exposed, from a very young age, to art and museums and lots of exhibitions all over France”, she says in an introduction published online by the Sotheby’s Institute of Art (SIA).

“I started collecting, and my dream has always been to one day have my own gallery, but other professional commitments and family life came first, so I put this on a back burner until I decided that the time was ripe to finally take the plunge.

“Then I searched for the best education that I could have, while here in Malaysia, and was amazed at the choices of subjects offered by SIA Online.” 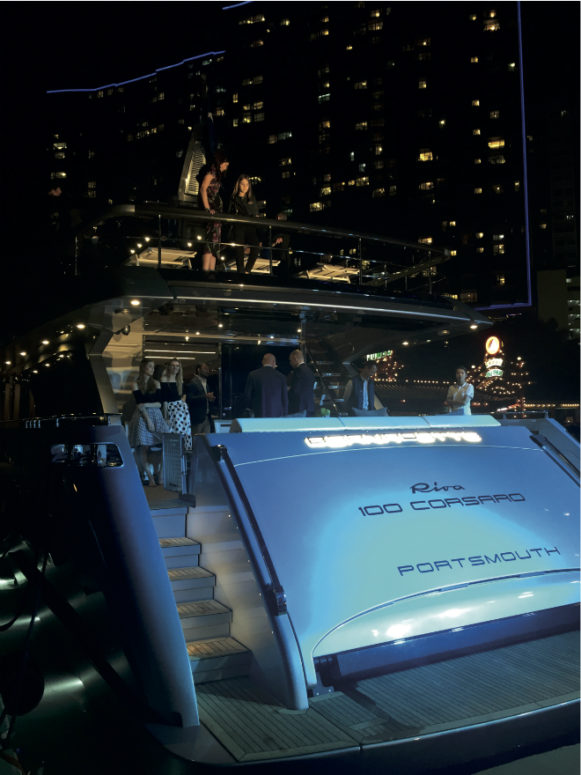 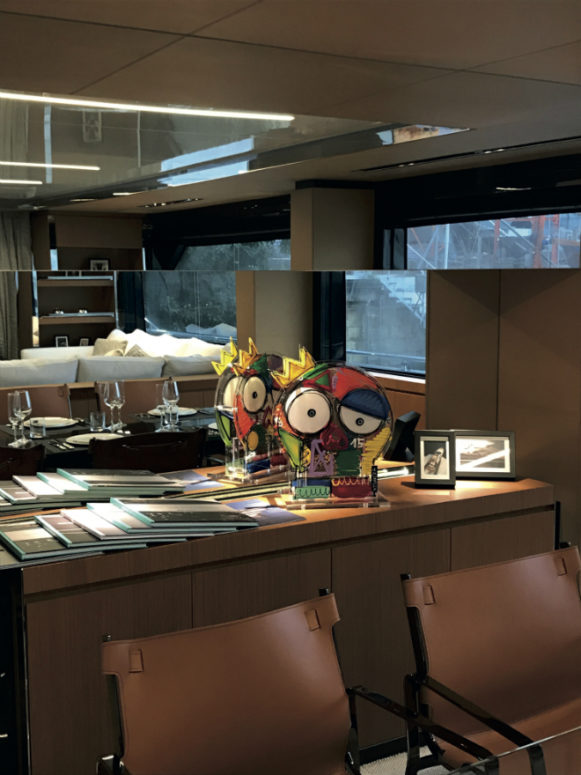 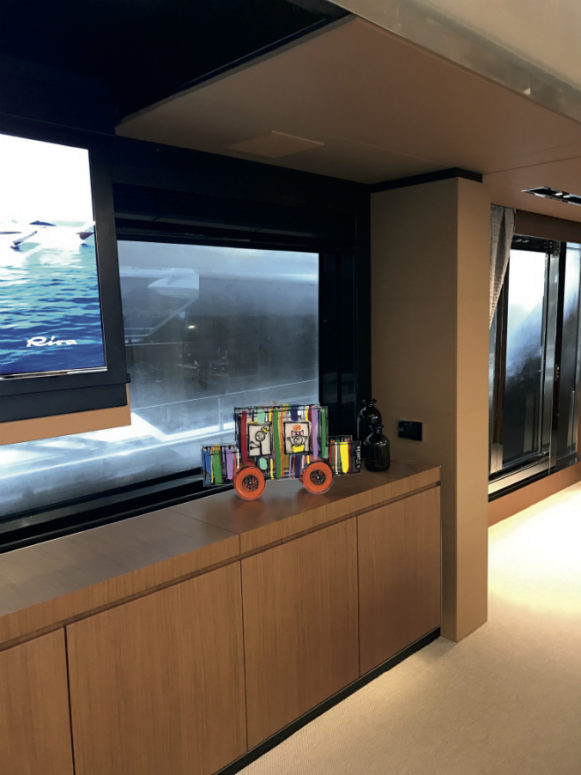 Some pieces may seem a little avant garde, but so were Andy Warhol’s works now re-selling for staggering sums 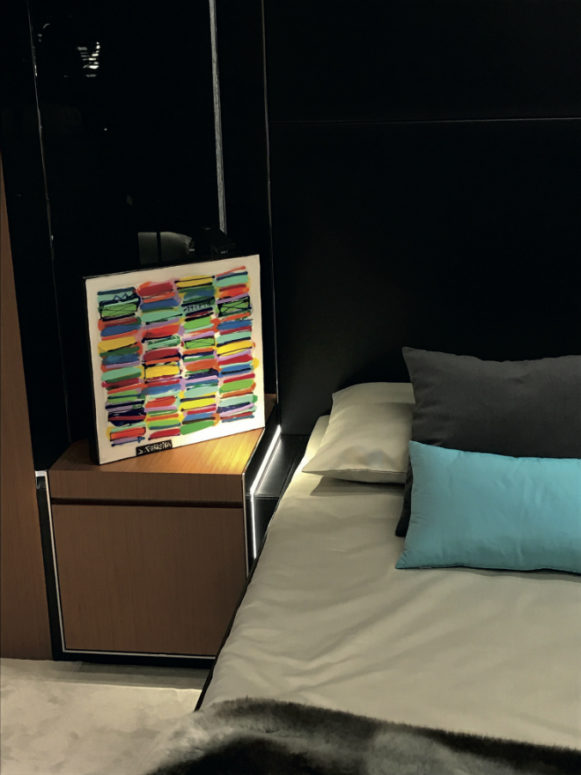 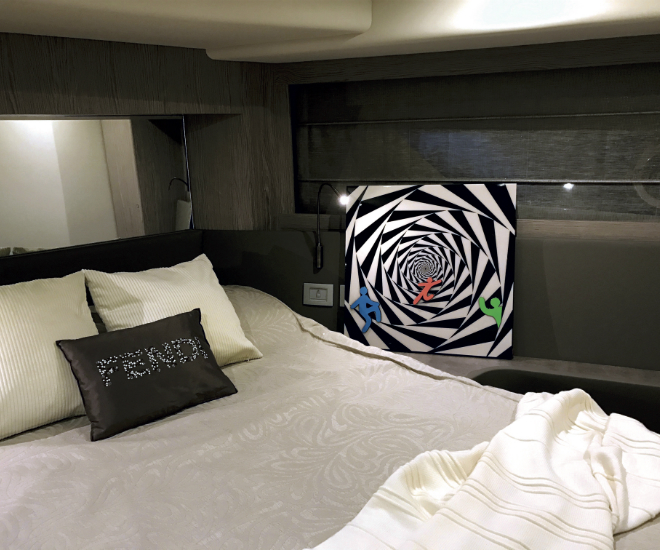 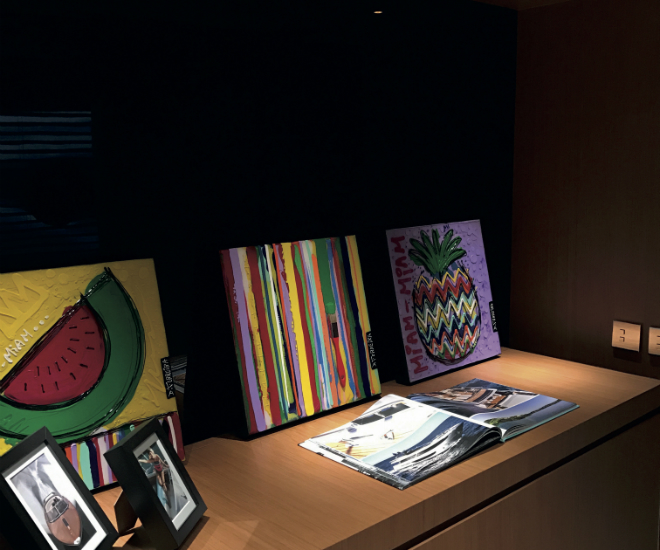 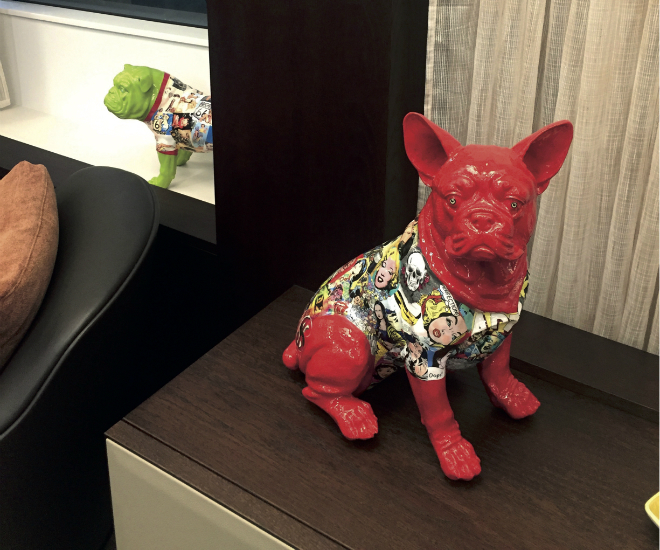 Thus Gallery des Artistes was founded, with offices in Kuala Lumpur and Hong Kong, and certification came from SIA and MoMA, the Museum of Modern Art in New York, where she also took a course in Abstract Expressionism.

The Gallery’s statement of purpose says: “We offer a wide selection of artworks by leading artists from France and beyond. We are an innovative contemporary gallery and lifestyle brand with a focus on Pop and Street art.”

Jeremi Ca: In his much-acclaimed “Rainbow City” series, research and experiment with colour and lines are paramount. He tirelessly trained with ketchup bottles but executed them with a free hand. This technique requires exceptional craftsmanship. Jeremi has a Masters in Fine Art. His works are in private collections in America, Australia, South Korea and Singapore.

Laeti de Flo: In her own universe, sometimes geometrical, sometimes with curves, she retains a unique style that reminds us of Klimt. Her breakthrough came in 2015 when the Cultural Ministry of Dubai invited her to take part in the big exhibition, and has supported her since. Laeti uses a unique medium in her paintings, nailpolish.

Thierry Trivès: His signature pieces are found around the world, from Paris to Dubai and now Hong Kong. A panda silhouette, symbolising peace and friendship, is made in high-grade acrylic. Thierry is one of France’s top emerging artists in the Pop Art movement. Hersk: Why are people attracted to graffiti art? As the ultimate and most modern form of self-affirmation, graffiti art is nowadays recognised as a fine art form, of which Hersk is a master. Today he has reached a mature style, found in his very personal series “Something to Suck”.

David Ferreira: One of the most sought-after artists in Europe at the moment, his works are spontaneous but controlled, using overlapping layers of paint and sometimes objects. His shows in London, New York, Milan and Paris have taken the world by storm. 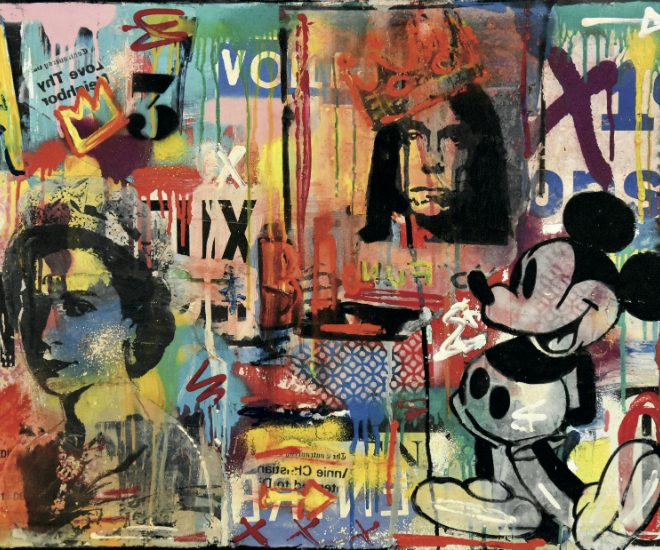 Kikayou Queen Elizabeth and below F. Fenouil Lady No 6 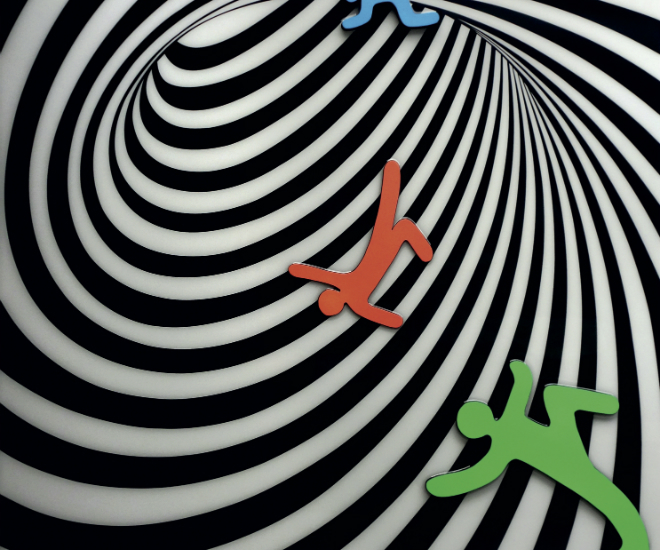 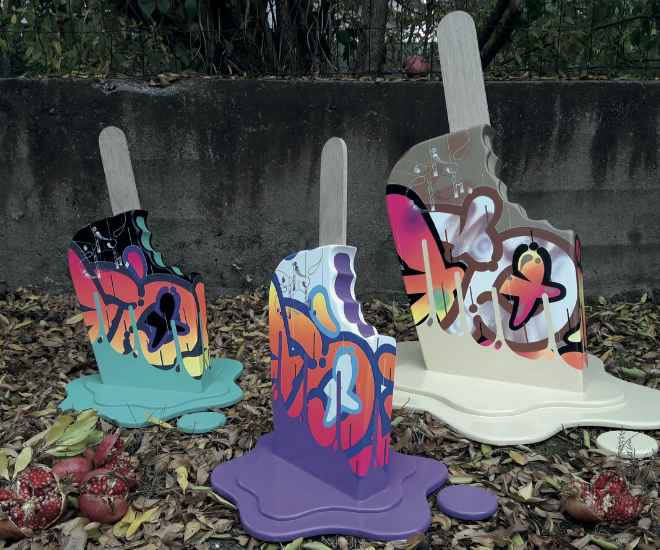 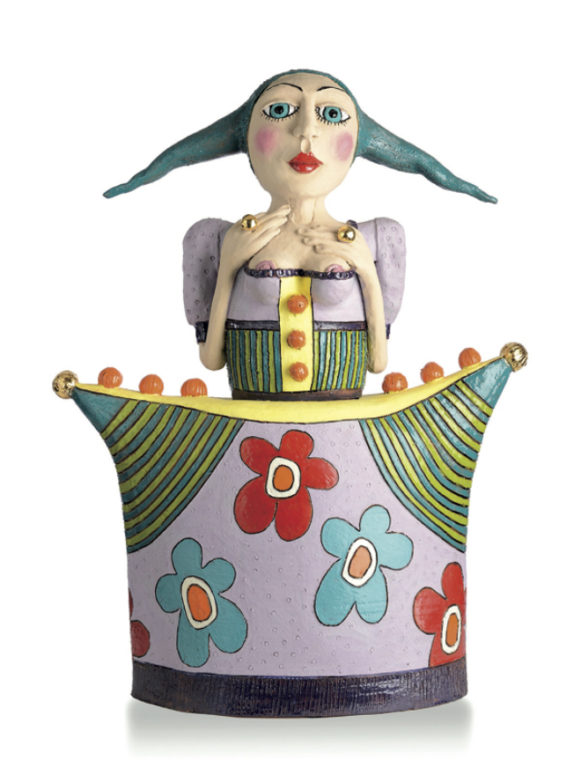 Edith’s selections may seem a little avant garde to some, but so were Andy Warhol’s Marilyn Munroes and Maos and tins of Campbell Soup now selling for record sums at fine arts auctions.

A more conservative approach to art on yachts was taken for the Feadship Harle some years ago. Multiple screens were set up throughout the vessel, and they were programmed to show hundreds of masterpieces at intervals as short as ten minutes, or left for a day at the owner’s whim. The problem here was cropping the masterpiece to exactly fit the screen.

One Chilean banker we recall had an ultra-expensive mock-up of his in-build Royal Huisman super sailboat Anakena created, simply so that he could decide how his artwork would hang. He had imposing oils of the great naval battles.

Each to their own. Edith’s [email protected] is a contemporary art space located at the Tropicana Golf and Country Club in the Petaling Jaya district of KL. It is home to a vast private collection and exhibitions that can be viewed by appointment. The Hong Kong office is in Aberdeen, but it is easiest to connect online.

She also takes part in events, apart from the Riva Arts’n’Yachts, such as leading art fairs in the Asian region. “We give our artists exposure and recognition by reaching out to art lovers, collectors and audiences at large by showcasing their fresh, modern and inspirational art works,” she says.

Unfortunately talks on the upcoming Ferretti Group yacht are taboo until later, but we did establish that her interior design as owner’s rep is using an interesting new replacement for heavy marble called Dacryl, acrylic crystal panels that have gold flakes embedded in it. 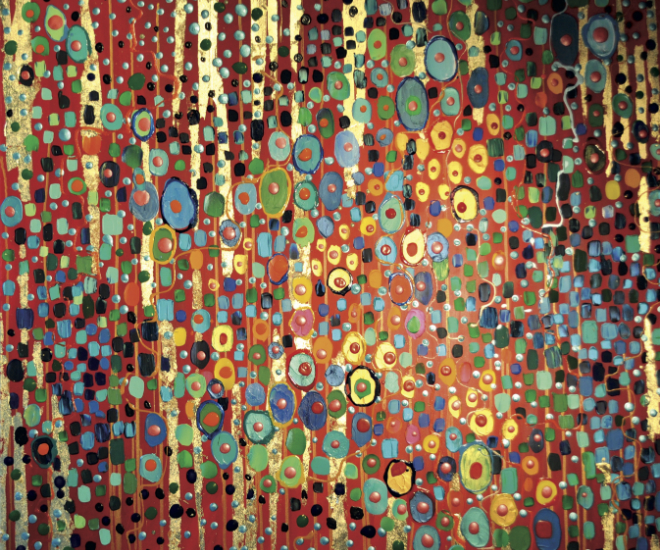 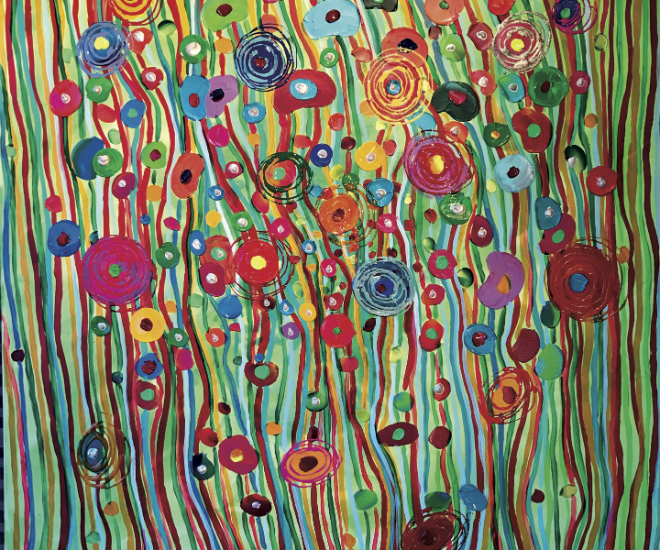 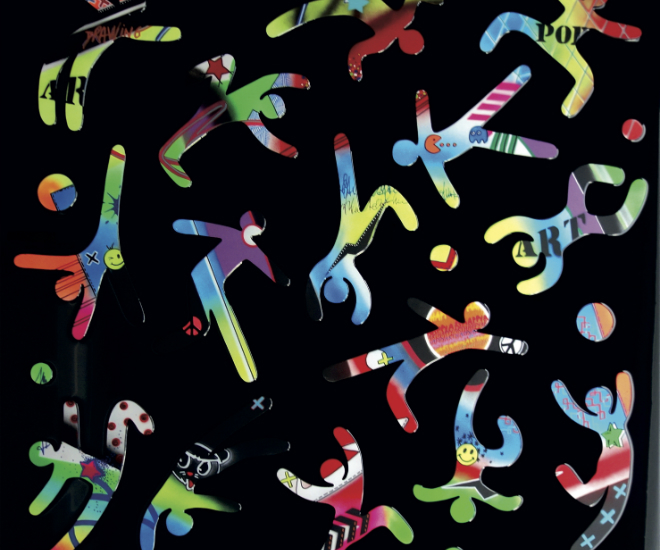 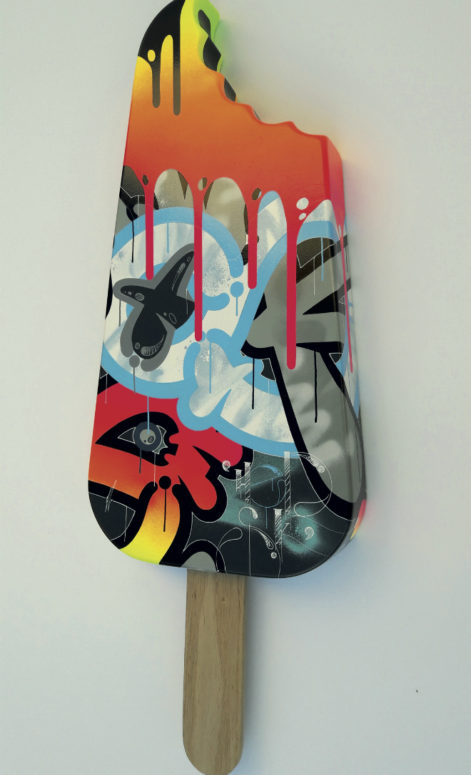 “For this project I am also sourcing special artworks that will reflect the owner’s tastes and personality and will make a statement on board the boat”, she says. “I noticed in previous vessels that the owner takes pride not only in the yacht itself, in this precious shell, but equally in the artwork pearls that can be found within.”

***This article is republished from Issue 42 of Yacht Style.