We have followed Hermes helicopter earlier too and today itâ€™s time to tell you all about Japan’s first Hermes helicopter. The service will provide a 30-minute luxury helicopter shuttle service between central Tokyo and Narita International Airport. The Hermes helicopter features calf-leather seats and walls decorated with the brandâ€™s signature Toile H fabric used in […] 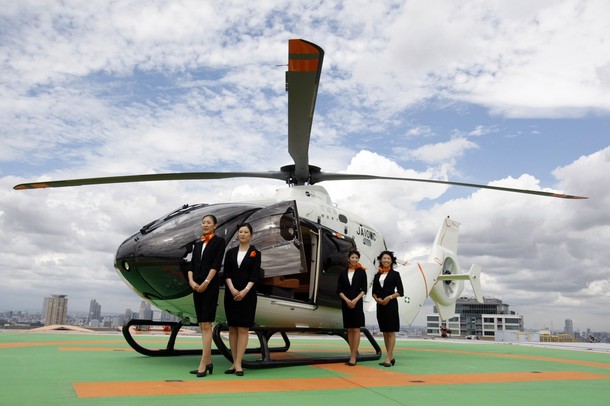 It takes in four passengers. The service will begin on September 16.

“But I’m afraid no food or drink services will be offered on board.”