Unveiled at the Farnborough Airshow, the 302 ft long part airship, part helicopter, and part plane is practically a mansion in the air. 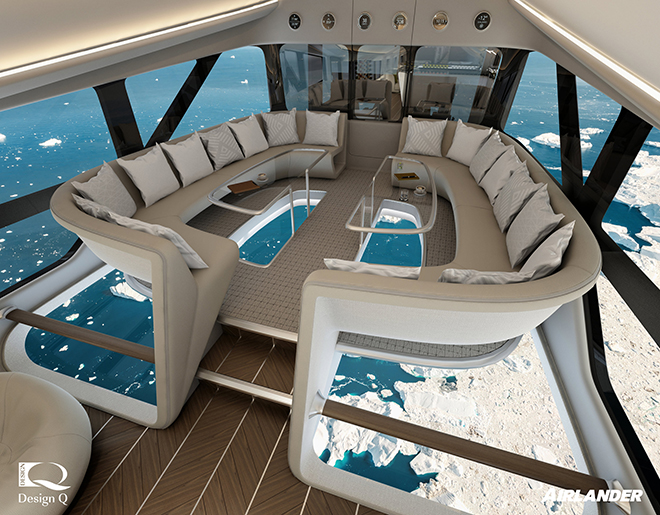 With a posterior-shaped hull, the Airlander 10 is certainly an impressive aircraft. Coined as “The Flying Bum”, the aircraft ambles across the sky reminiscent of a lofty rear, but hides the most luxurious interiors. Forget first class suites – the Airlander 10 is practically a mansion in the air.

Airlander 10: The Reinvention of Flying

The creators at Hybrid Air Vehicles (HAV) commit themselves to combining “lighter-than-air technology” with planes and helicopters to build hybrid aircrafts with less carbon footprint and better cargo-carrying capacity than most flying vehicles. Collaborating with UK-based design consultancy Design Q to birth the Airlander 10, it is no wonder that the luxury plane holds a magnificent 10 en-suite bedrooms, a bar, and a lounge area. 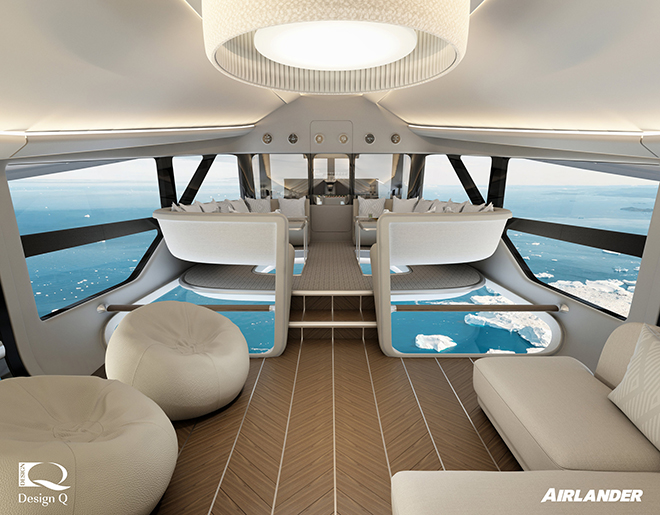 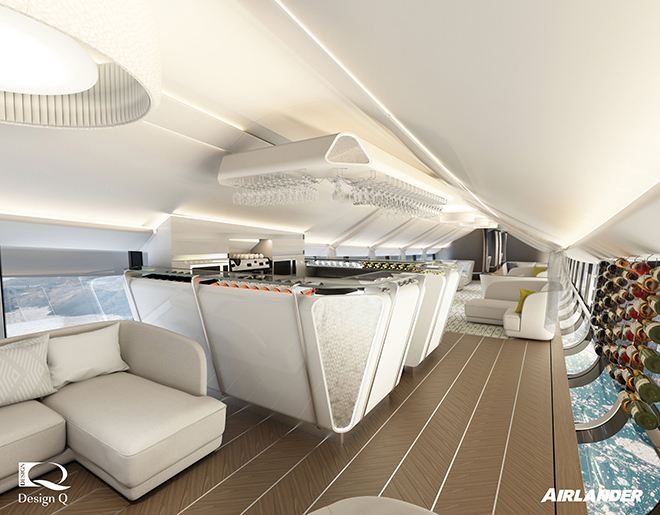 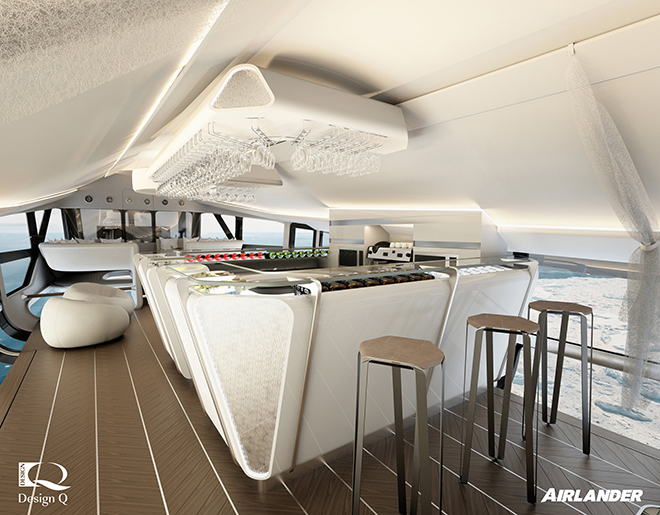 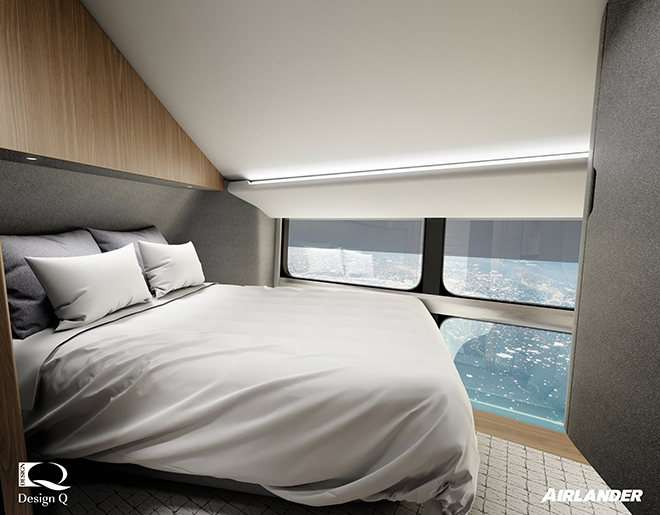 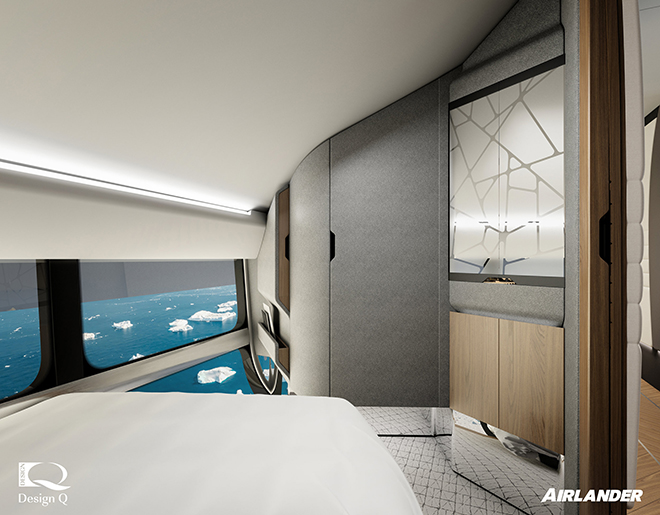 The cherry on top is a see-through flooring in the glass lounge, where passengers may enjoy views from every angle at 16,000 ft above. An adjacent “Altitude Bar” provides the ease of grabbing a cocktail to enjoy the view with.

“Airlander challenges people to rethink the skies – that’s the driving force behind everything we do.” – Stephen McGlennan, CEO of HAV 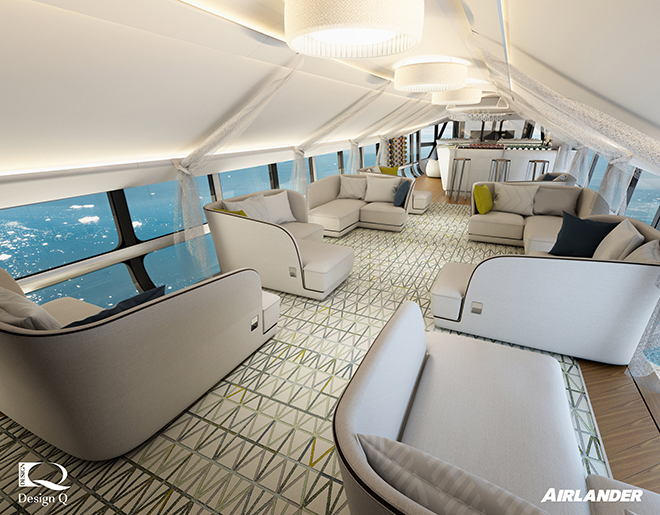 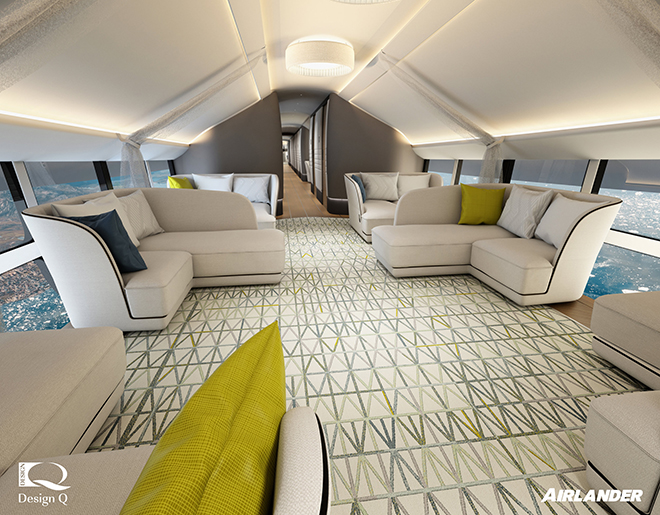 Indeed, the concept of Airlander is to reinvent flying as an experience rather than simply a means of transportation. According to McGlennan, CEO of HAV, “air travel has become very much about getting from A to B as quickly as possible. What we’re offering is a way of making the journey a joy.”

The Airlander 10 is set to hold three-day excursions for wealthy travellers and can accommodate up to 19 passengers. It cruises at a top speed of 91 mph, much slower than the A380 at 560 mph, but you are in no hurry to leave its luxurious quarters, anyway.

The journey has not been all smooth-sailing

Despite HAV’s impressive launch of the aircraft, there appears to be considerable lead time before the Airlander 10 can take on commercial flights. In 2016, the craft crashed into a telegraph pole and nosedived during its second test flight. And in 2017, it collapsed before take-off, less than 24 hours after a successful test flight – two people suffered minor injuries from the incident. 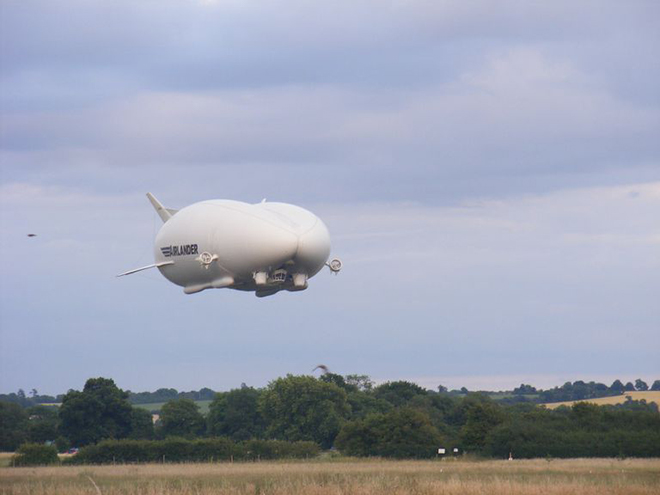 The airship has since completed six successful test flights, but will require a total of 200 incident-free hours on air before it can fly commercially.

The Airlander 10 will cost US$33 million, and more information can be found on Design Q or HAV.