The New Skywalk by Arc Designs Was Once A Military Lookout

Built above what once was a British WWII anti-aircraft platform, the Skywalk is a cantilevered vantage point that offers panoramic views. 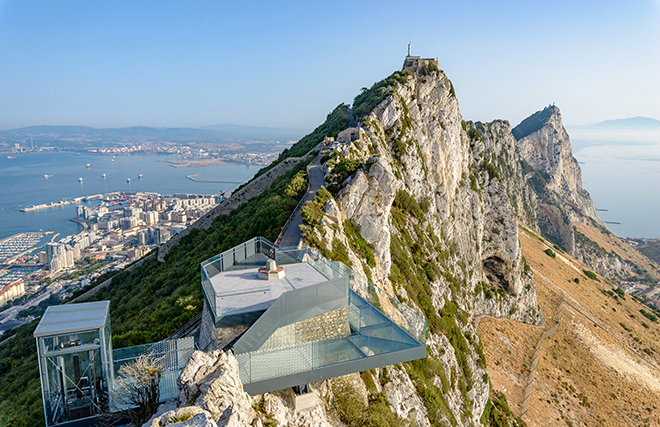 Perched atop the Rock of Gibraltar, Arc Designs’ latest creation, Skywalk, is a cantilevered viewing platform that offers panoramic views of Europe and Africa, the Mediterranean Sea and Atlantic Ocean from two sides of the Rock.

The Skywalk is built above what once was a British WWII anti-aircraft platform, located in the Upper Rock Nature Reserve. Part of a development project commissioned by HM Government of Gibraltar, the Skywalk is one of the many efforts which include the construction of a suspension bridge and the restoration of historical artefacts such as former military batteries.

Skywalk by Arc Designs: The newest attraction within the Gibraltar Nature Reserve “The design aspiration of this project was to afford the visitor with new and unrivalled views in all directions including over the rocky cliff-face below,” said Arc Designs, “while at the same time ensuring a subtle intervention, which did not detract from the natural and historic nature of this unique setting.”

The prevailing stone platform is the perfect vantage point for Arc Designs’ 2.5-metre wide glazed walkway and balustrade that cantilevers over the steep drop. The walkway juts out some 340 metres above sea level, taller than Paris’ Eiffel Tower for instance, and stands about three times taller than the Statue of Liberty. 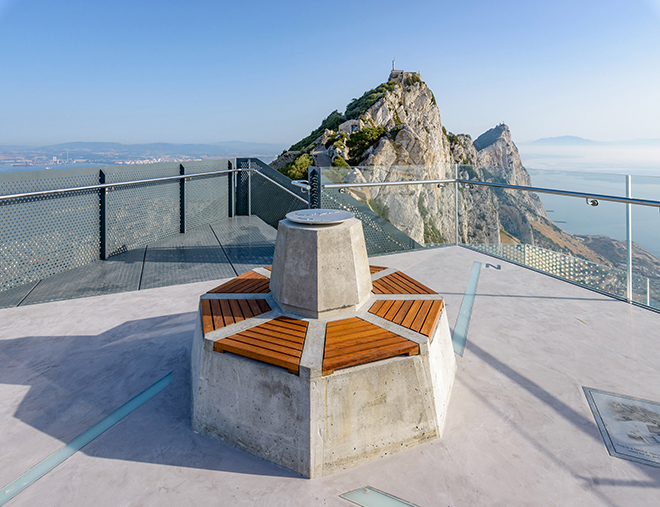 Visitors may access the original military platform via stairs fabricated from steel, up to the old octagonal concrete gun-base where seats are available for resting and looking out to the expanse. Construction of the Skywalk was no small feat. Limited accessibility of the Gibraltar Rock meant that building blocks of the structure had to be easily transported. Its main steel structure is made up of 18 pieces at a massive load of over 30,000 kg. The glazed floor and balustrades, which include 750 sqm of glass panels, cover approximately four tennis courts, with the largest component weighing in at approximately 650 kg.

“Because vehicular access to this area is limited to very narrow and winding roads, the entire walkway structure had to be fabricated in smaller sections which could be transported and assembled together in-situ,” explained the architects.

Using a crane positioned on the former military platform, the pieces were lifted and positioned into place. The structure is reinforced with rock anchors that hold a tensile load of 15 tonnes each, ensuring a sturdiness that will bear not only the imposed load of visitors, but also significant wind speeds that hit over 150 km/hour against the ridge. 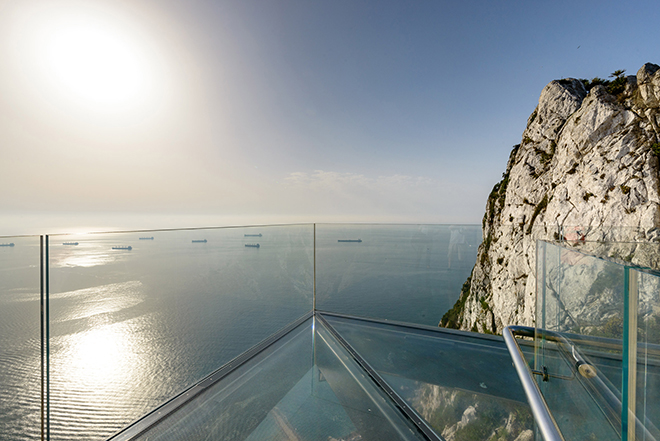 Visitors can access the Skywalk via a lift that simultaneously anchors the cantilevered structure back to the rugged landscape.