This rare and desirable 1999 Lamborghini GT is packed with the modifications of the GTs race car, with the outrageous of the Diablo combined, offering serious road-racing performance as well as real speed at extremely low mileage, which is a testament to the great inventiveness of the luxury automaker. We know very little about this car in terms of the people who owned it in the early years, but we do know that this example is the 12 of only 80 GTs produced in 1999, with chassis number ZA9DE21A0XLA12333, which has extremely low mileage with only 276 km from new. At Monaco 2018, RM Sotheby’s will present this Diablo GT with a left-hand drive to auction off, which is bound to attract the most attention and charm coveted car collectors. Rolled out of the automobile factory in 1999, Lamborghini has always been about beauty, power, thrill and most of all, experience. Built to an exquisite Italian design with an unmistakable roar from the supercar’s engine, the iconic 1999 Lamborghini Diablo GT is presented in shiny black with velvet interior and across the dashboard.

Inside, features carpet with Diablo GT imprint in yellow, two individual seats with leather and velvet upholstery combined, seats separated by a centre console (partially-covered with carbon fiber material), manual gearbox in metallic and a simple designed steering wheel to complete the design style of the interior cabin.

Maybe what sets this 1999 example apart from other Lamborghini models is the upward opening doors, which Lamborghini fans will appreciate a supercar that has a suave and muscular appeal with amazing performance. Managed by a V12 engine and an increased horsepower at 575, nudging the supercar to traverse at a top speed of 215 miles per hour. The bodyworks had undergone changes to improve agility, speed and aerodynamics as well as to improve brake cooling ducts and better airflow to the V12. 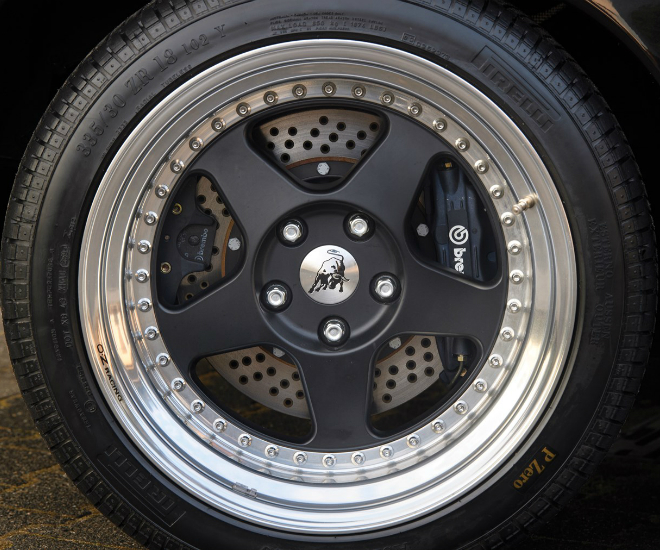 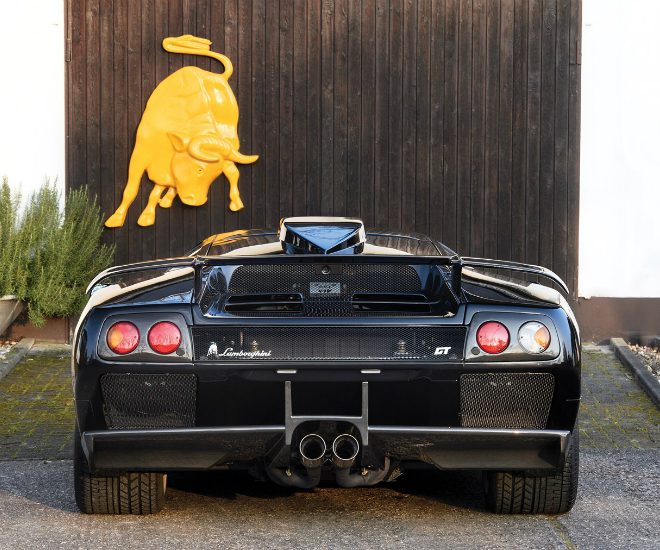 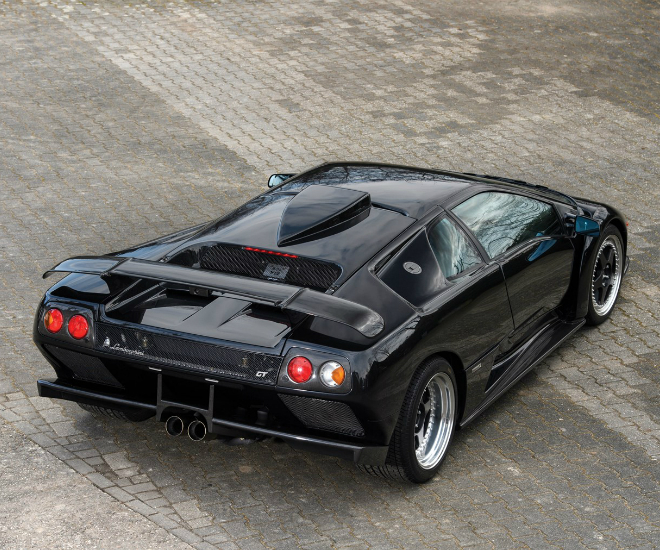 When the 1999 Diablo GT first made a debut during the Geneva Motor Show, Lamborghini fans were most impressed by the great combination of the modifications of the GTs race car with the outrageousness of the Diablo, which offered serious road-racing performance and additional speed at extremely low mileage. In fact, the model was touted as one of the fastest supercars during that period.

For car enthusiasts, here’s your chance to bid for the desirable 1999 Diablo GT at RM Sotheby’s Monaco 2018. It’s on the “Wanted-List!” so to speak.