Morpheus Hotel in Macau, China featuring a twisting geometric facade has now opened its doors to the public. Designed by Zaha Hadid Architects (ZHA), the property is the centrepiece of the City of Dreams development. 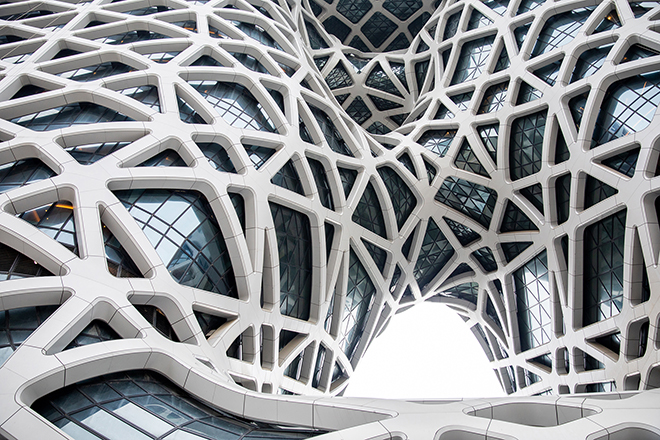 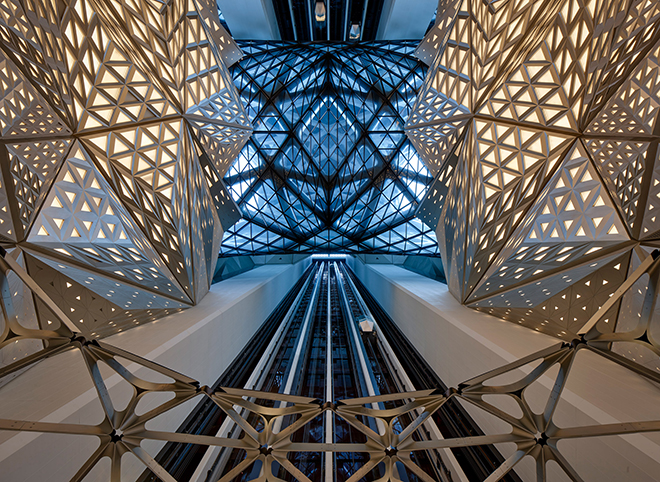 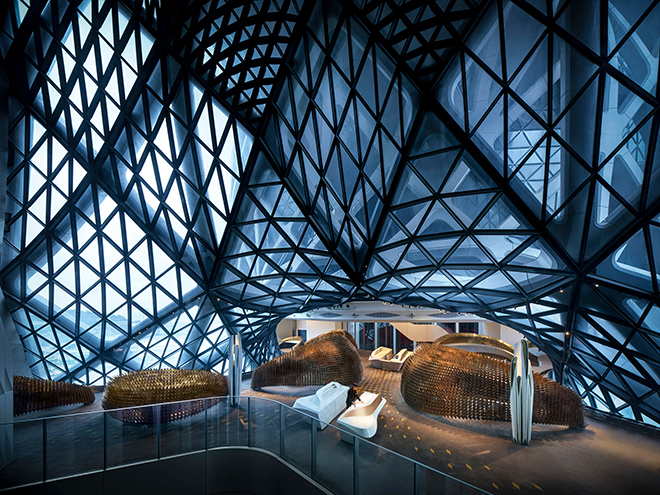 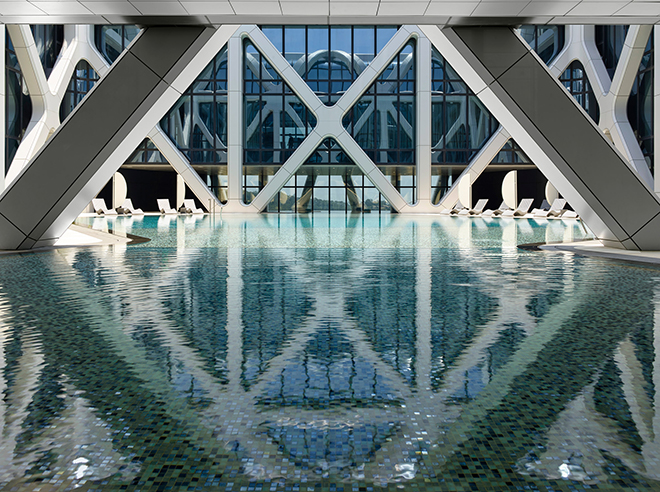 According to ZHA, the building is the “world’s first free-form high-rise exoskeleton”, with its external structural geometric grid omitting the need for internal walls or columns. Hence, maximising the space in the hotel’s interior for more hotel rooms. Standing 40 stories high (a total height of 160 metres), the architects used the existing foundations to form two circulation cores that connect at the base via a podium, separate, then merge again at rooftop level. Despite the hotel’s cutting-edge visage, the dramatic appearance that defines the building is informed by the traditional Jade cutting techniques. The monolithic block was ‘carved’ with voids, creating the rippling effect of the building’s shape, permeated by the three holes that connect the north and south facades which in turn creates a unique space within the building. Additionally, the hotel spans a total of 770 guest rooms, suites and sky villas, along with the rooftop spa and pool. Twelve glass elevators also run through the Morpheus, giving guests panoramic views of the hotel’s sculptural interiors and Macau spreading out below.

“The design is intriguing as it makes no reference to traditional architectural typologies.”

“Morpheus combines its optimal arrangement with structural integrity and sculptural form,” said Viviana Muscettola, ZHA’s project director. “The design is intriguing as it makes no reference to traditional architectural typologies.”

She continued to explain in a statement “Macau’s buildings have previously referenced architecture styles from around the world,” and “Morpheus has evolved from its unique environment and site conditions as a new architecture, expressly of this city.” Situated in an integrated entertainment location, owned by developers Melco Resorts & Entertainment, it will also feature dining and shopping locations as well as a casino, making the Morpheus Hotel an ultimate luxurious hub for travellers.