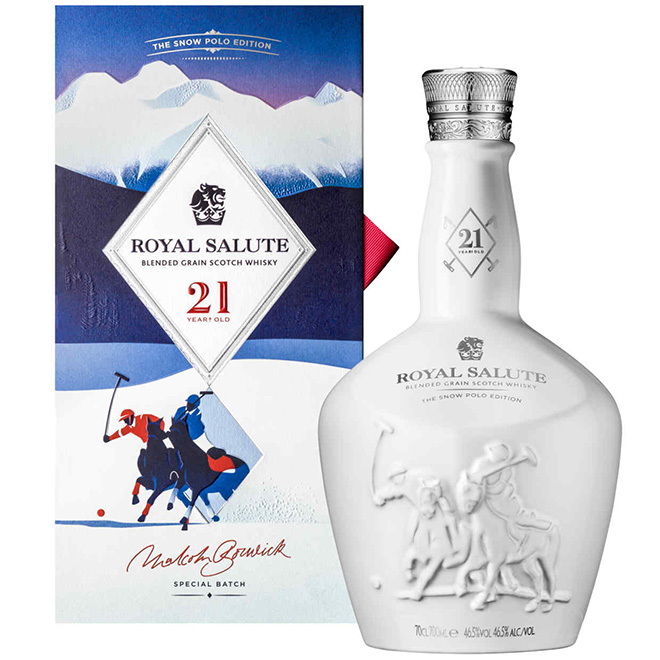 The kings of whiskey are back, with ties to the British Royal Family, Royal Salute is revered internationally for its ultra-luxurious whiskey offerings. Launched in June 1953, the Pernod Ricard-owned brand was established in honor of Queen Elizabeth II’s coronation.

While all its whiskies are aged for a minimum of 21 years, Royal Salute introduced its latest: the 21 year old Snow Polo Edition this past November, in celebration of the exhilarating sport. 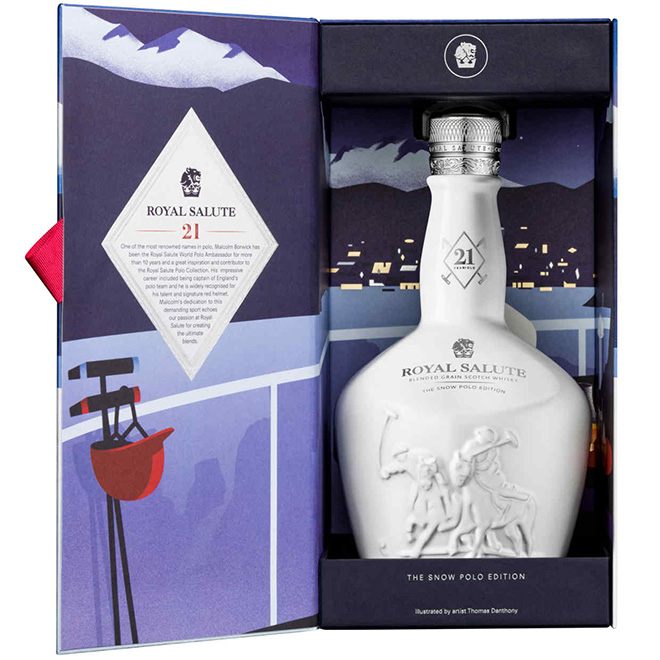 The first-ever blended grain to emerge from the Strathisla distillery in Scotland, Speyside, follows a long lineup of other limited edition 21 year old polo blended scotch whiskies, some of which were released in turquoise and green-colored ceramic flagons throughout 2018. 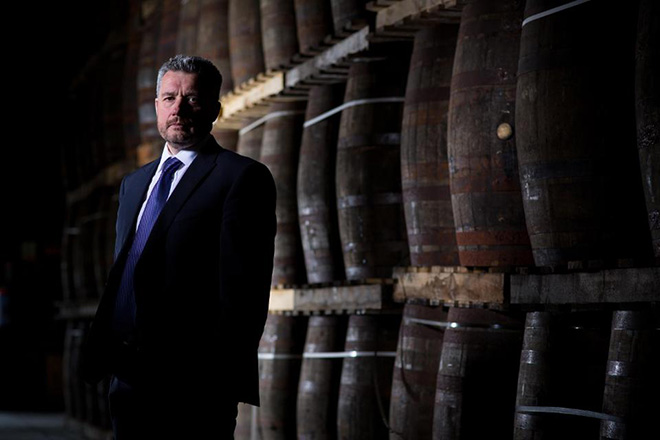 As one of the world’s best polo athletes, and an accustomed whiskey connoisseur, Malcolm Borwick’s involvement in the creation of the whiskey is more than in name, spending innumerable hours in the distilleries, his hands-on knowledge of the business and its products is highly extensive. 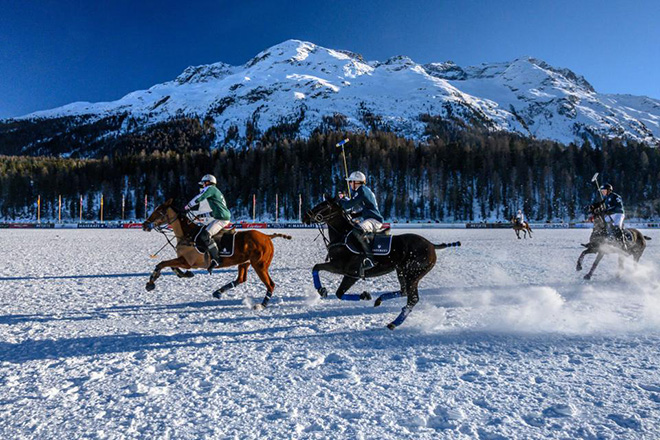 With Borwick’s signature prominently featured on the bottle, the 21 year old Snow Polo Edition aims to reflect the atmosphere and altitude of the game, through subtle hints such as the 46.5% alcohol by volume content which reference the latitude coordinates of St. Moritz (where the fast-paced sport originates from) and in the design of a hand-crafted, pure white ceramic flagon, which represent a snowy climate.