Record Sales of Champagne in 2015: Report 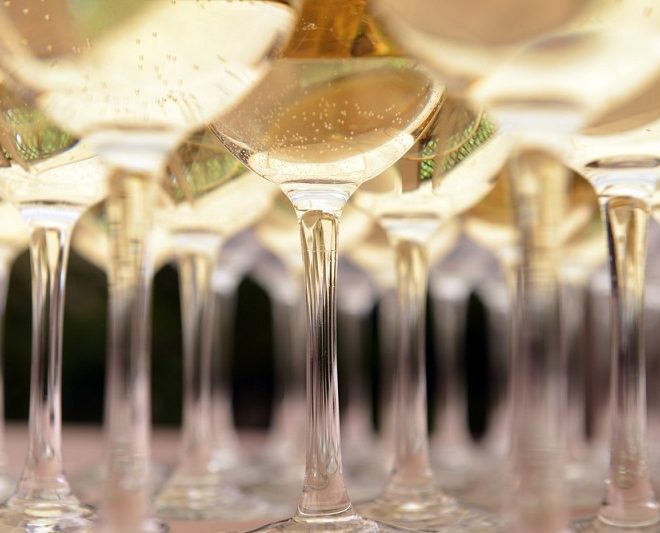 Grape-growers can rejoice as champagne sales hit a new record thanks to growing overseas thirst and exploding exports of the French-bubbly. Well, growers in Champagne at least!

Unsurprisingly, December was once again the bubbliest month of the year, with 42 million bottles sold.

It seems buyers are starting to hanker for a bit more class and refinement, as “rarer, more expensive” lots such as rose, prestige, and vintage champagnes rise in popularity. “These faraway markets are prepared to pay the right price for a product that represents the French Art of living to them,” Thibaut Le Mailloux of the Comite Interprofessionnel du Vin de Champagne (CIVC), an organization involved in the champagne industry, commented.

Sales outside of the EU, notably, were up by 4.8%, reaching a record of 70.5 million bottles. In Europe itself, sales went up 3.3% to 80.2 million bottles, and within France, sales stayed level at 162 million bottles, after consecutive years of declining sales. The higher average price per bottle can be partially attributed to transportation costs.

CIVIC co-president Jean-Marie Barillere commented in December that the value was likely to grow faster than volume “in the decades to come”. Whatever the costs are, we can be sure that admirers of the sparkling fluid will be popping those corks still.

This story was written in-house, based on a report from the AFP. Stock image courtesy of the AFP

Time to get your own! Download the Epicurio app on iTunes or Google Play now. , learn more about Champagne and purchase your very own bottle, today.