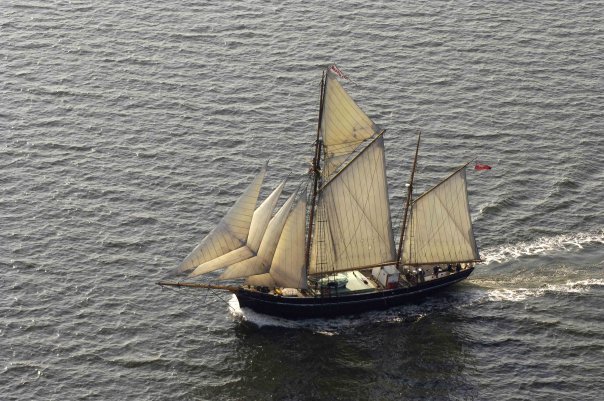 Follow sailing ship the Bessie-Ellen online, as it transports 20,000 bottles of ChÃ¢teau Smith Lafite and ChÃ¢teau de Cayx Bordeaux to Montreal on July 21.

ChÃ¢teau Smith Lafite and ChÃ¢teau de Cayx are using a classic sailing ship to transport their vintages to North America.

The sailing ship being used, the 120-foot (36.5 meter) Bessie-Ellen was built in 1904 in Portsmouth, England, and is one of the last remaining vessels of its kind.

The Bessie-Ellen departs from Bordeaux, France on a 21-day journey to Montreal on July 21 carrying 20,000 bottles.

ChÃ¢teau Smith Lafite and ChÃ¢teau de Cayx plan to set up the route permanently next year as well as make shorter journeys from Bordeaux, France to Plymouth, England. Frederic Albert CEO of CMTV, the maritime transport company behind the voyage, explained that the reason for using a sailing ship was to reduce carbon emissions and transport wine in a more ecologically friendly way.

Though the bottles have already been sold, Albert states that on the ship’s arrival on August 26, a reception committee will be held in Montreal and visitors will have a chance to tour the ship itself and sample a glass of wine.

Previously CMTV has transported wine from the Languedoc region in France to Ireland aboard its own fleet of sailing ships; the company claims this made it the first of its kind in France to make a public commitment to a sustainable development project.

According to Albert, those interested in tracking the ship’s progress will soon be able to follow the Bessie-Ellen online at www.ctmv.eu .

The Bessie-Ellen’s website states that the ship itself is on sale for â‚¬435,000.