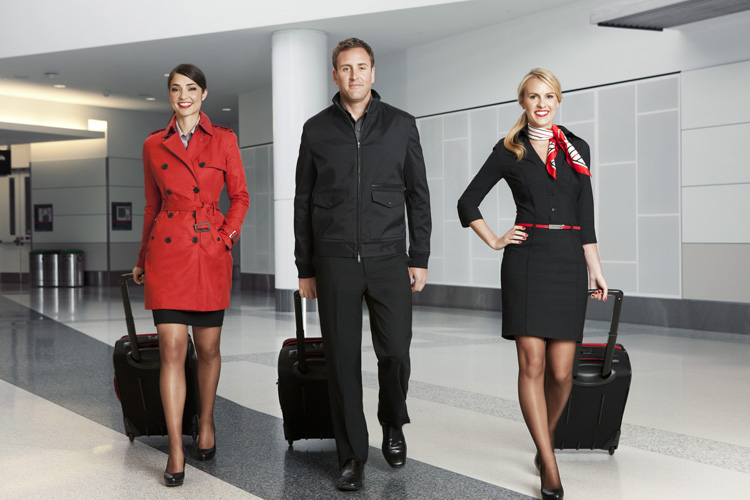 Virgin America partnered with Banana Republic to design new uniforms for its 2,000 in-flight and airport crew members that will debut Aug. 8.

The uniforms will feature a fresh, modern look with aviation details and a palette inspired by the airline’s own inventive service style and signature cabin design. The new looks will be unveiled on Virgin America flights and at airports nationwide on August 8, 2012 – the day the airline marks its fifth anniversary of operations. The uniforms feature an array of styles for Virgin America’s pilots, in-flight and guest service teammates. Outfits for the guys include leather jackets, striped sweaters and lined mac coats, while the ladies get pencil skirts, trench coats, silk scarves and their own leather outerwear.