Lonely Planet has presented its top ten European destinations of the year, with capital of North Iceland, Akureyri, coming out in number one spot. 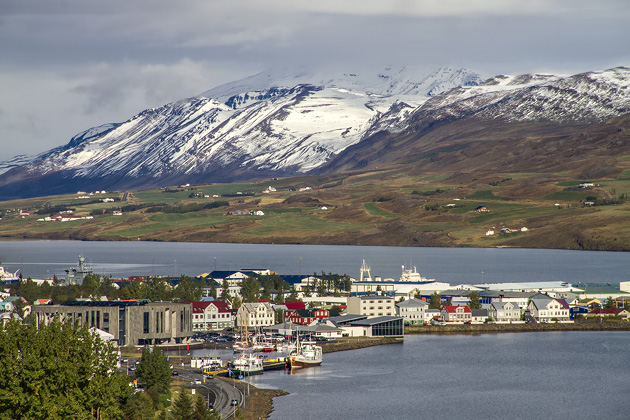 For travelers who’ve already completed the traditional European circuit — Paris, London, Rome, Barcelona — trendspotters at Lonely Planet have come up with their picks of ‘the best places in Europe’ for 2015.

And odds are, you’ll never guess the top spot!

Because their pick for the best place to visit in Europe this year has a population of 18,000 and outside Iceland, is hardly a household name.

Akureyri, also known as the Northern Capital of Iceland, has been deemed as the most compelling destination Europe has to offer in 2015 “…thanks to its easy-going feel combined with an urban buzz.”

While Reykjavik has enjoyed much of the spotlight in Iceland, LP experts point out that Akureyri also deserves its due as a base for exploring northern Iceland’s pastures, fishing villages, waterfalls, glaciers, volcanoes and lava fields.

In recent years, Iceland has generated growing interest among globetrotters thanks to innovative tourism campaigns, two volcanic eruptions and the cult series “Game of Thrones,” which films on location in the country.

Rounding out the top three places on the list is Leipzig, Germany and The Azores in Portugal.

Conspicuously absent on the ranking are France and the UK.