A multi-million-dollar cruise terminal capable of accommodating the world’s largest luxury cruise liners will start operating this weekend in Singapore. 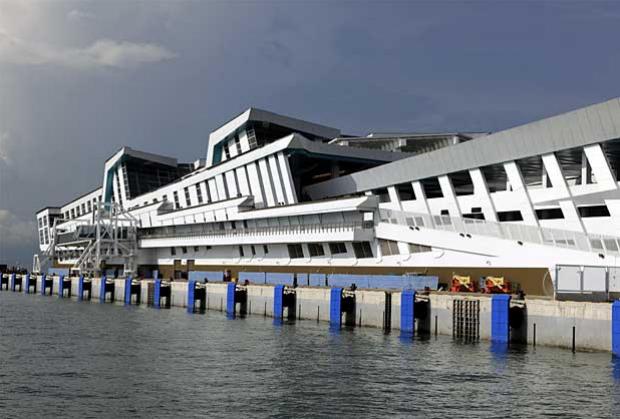 The opening of the Marina Bay Cruise Centre Singapore will allow the city-state to tap Asia’s growing cruise industry while it will also provide thousands of new jobs.

On Saturday, the Sg$500 million ($395 million) terminal will welcome its first ship — the Royal Caribbean International’s 138,000-tonne Voyager of the Seas luxury liner.

With a capacity of 3,840 passengers and 1,176 crew, the vessel will be the largest of its kind to dock in Singapore, terminal operator SATS-Creuers Cruise Services said. in a statement.

This will “pave the way for the newer generation of larger cruise liners to dock in Singapore and Asia, including Oasis-Class ships,” it said, referring to the world’s largest passenger liners.

Situated at the edge of Singapore’s waterfront downtown district, the ultra-modern terminal is expected to latch onto the city’s booming tourism industry, which benefited from double digit growth in visitor arrivals to 13.2 million last year.