Just after the delivery of the Harmony of the Seas, STX launches into another billion dollar deal with Royal Carribean. 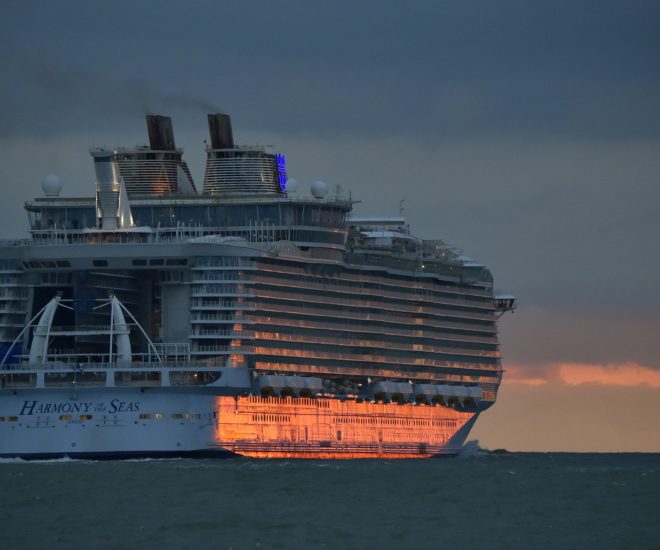 The world’s second largest cruise firm, Royal Caribbean Cruises Ltd, and shipbuilder STX inked a $2.8 billion deal for three vessels, set for delivery in 2021 and 2022. The letter of intent was signed with the French arm of STX, and comes less than two weeks after they handed over the world’s biggest cruise ship, the 120,000-tonne Oasis-class Harmony of the Seas, to Royal Caribbean.

“This is great news. It is for us the realisation of the customer’s confidence even though we have just handed over a ship that was not easy to build” said Laurent Castaing, head of STX France. He also noted that the creation of the one new Oasis class and two Edge class vessels will add up to about “2.5 billion” euros and “22-23 million work hours”. That makes the total number of orders on their plate since the beginning of the year go to nine – with the rest of the orders coming from Swiss-Italian shipowner MSC.

With such a backlog, Castaing added that their order book is “very full until 2023 and full until 2026”. This means that some of the work is likely to be outsourced to other yards in Europe due to a lack of space and to help ease the workload.