Go heli-skiing from a boat this winter

What’s cooler than getting dropped off by helicopter on a pure-powder peak in a remote corner of the icy north in winter? 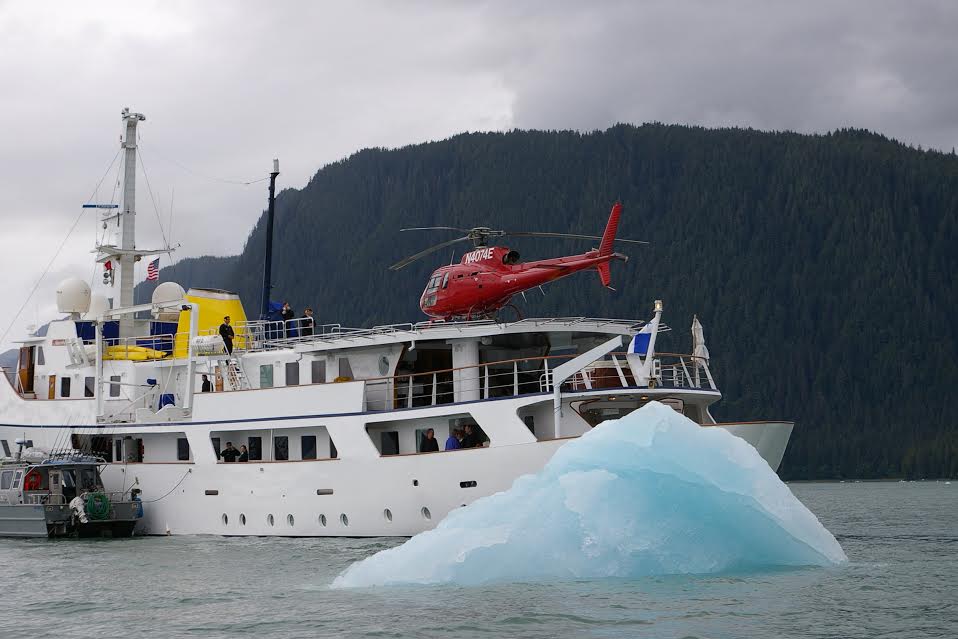 What’s cooler than getting dropped off by helicopter on a pure-powder peak in a remote corner of the icy north in winter?

Boarding the heli from a boat, of course! And watching the boat diminish in size as you ascend far above the ocean into the mountains… We’ve found several companies that will give you the adventure of a lifetime.

The heli perched on the aft deck, Elemental Adventure takes groups aboard luxury power yachts through the protected inland waterways of Alaska, British Columbia and Greenland.

With the yacht as a luxury mobile home base, the possibilities go far beyond fresh powder, for the company website says it’s possible to ski unexplored terrain.

An all-inclusive charter for eight to 12 guests starts at an estimated €40,000 per day.

Those who wish for a sailboat may prefer Viking Heliskiing of Iceland. They accept groups of between two and eight persons to troll the formidably tall fjords on their schooner in the Troll Peninsula, then ferry clients to shore, where the heli awaits.

Safety training, ski equipment and meals are included and the package offers the opportunity for sea hunting and angling aboard the schooner. Prices start at €11,600 for six days and vary according to tour length.

Those who like the idea of the boat but less so the helicopter may wish to head out on Heliski Greenland‘s three-masted, 56-meter herring luggar that’s been refurbished into a passenger schooner.

It can accommodate as many as 34 passengers in its 17 two-person cabins and its common areas are spacious.

The ship sails for eight days, weaving in and out of the fjords, starting and finishing in Maniitsoq, where a charter plane flies the passengers from Copenhagen.

Rates start at €4,350 per person for a private group of six to eight people.

If all this sounds just fantastic but a bit pricey, Bergmann Mountain Guides of Iceland offers their Ski to the Sea Schooner Skiing Adventure, which, like Heliskiing Greenland’s schooner tour, does not involve a helicopter.

The schooner sails in the Arctic Circle, where summer skiing under the midnight sun is possible.

Rates start at €1,850 per person for a maximum of eight participants.