Ask a local, and they will tell you that Malta has the best weather in the world. All year round basking in the sun, this highly unrated island has just stepped into the spotlight. 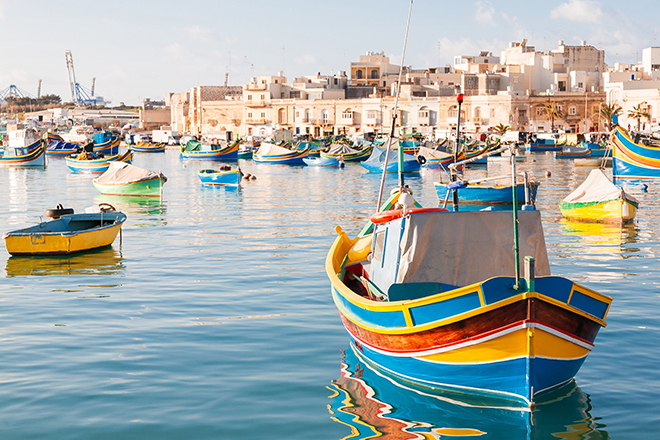 Malta is a southern European island in the Mediterranean, with a little added extra, especially beautiful hotels and luxury resorts unique to its neighbours, Malta might not be what you’re expecting. So take my hand and let’s explore these luxury hotels and remote bolt holes chosen especially for you. 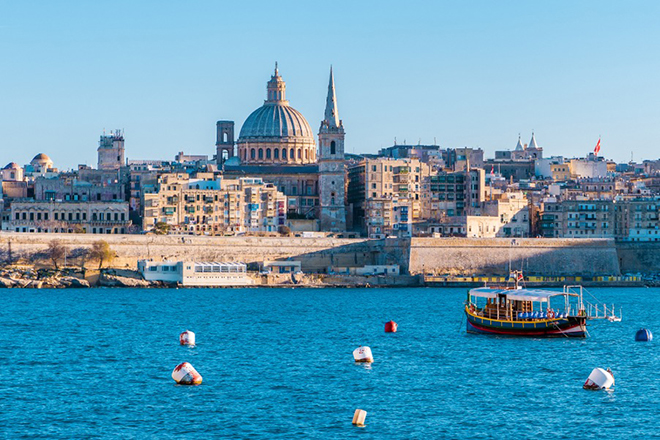 The capital city sits on a peninsula between Grand Harbour and Marsamxett Harbour, high above sea level. The streets are set out on a Roman grid pattern, thanks to the occupation by the Romans back in 2nd century BC.

As capital cities go, it’s compact; but full of historical and cultural significance and the choice of hotels reflects that, starting with Casa Rocca Piccola. 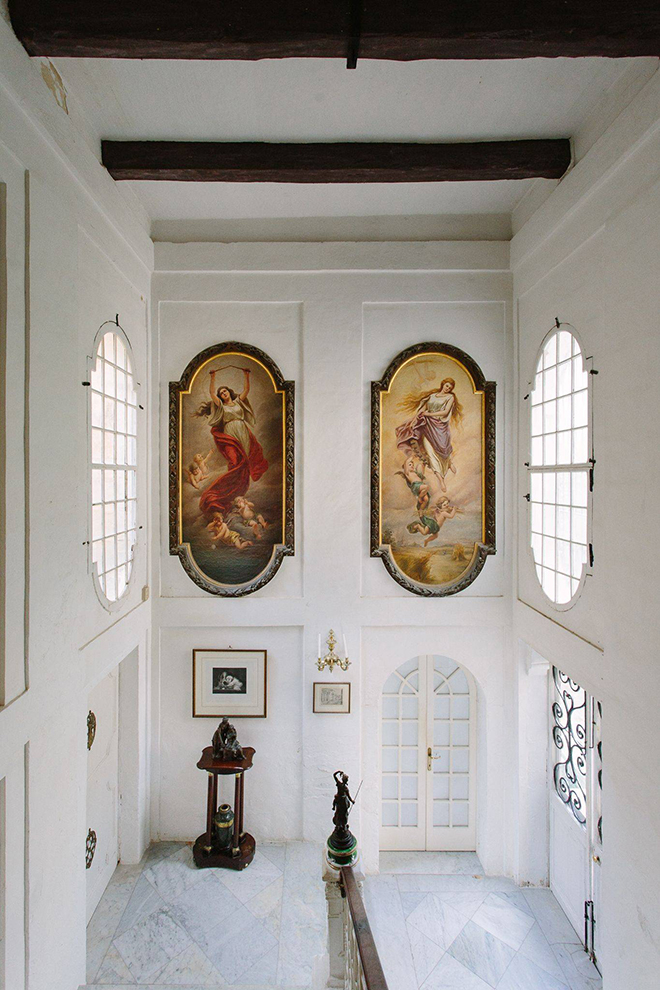 Casa Rocca Piccola is situated right in the centre of everything, brimming with style and character, this 16th-century palazzo is still home to the Marquis and Marchioness de Piro.

There are only four rooms in this boutique hotel available to the public, and the rooms are colourful and spacious- each one with its unique character and elegant fixtures, including a comfortable ornate double bed.

Each room overlooks a peaceful internal courtyard; breakfast is a delicious cold buffet eaten in the garden. The hotel offers a peaceful sanctuary to the weary traveller – highly recommended. 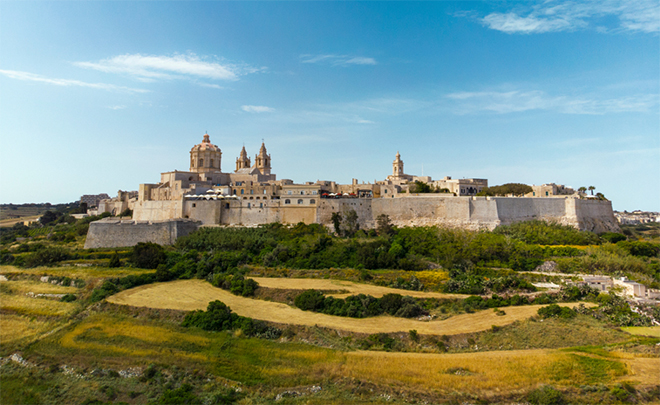 Mdina is another World Heritage site: the one-time capital took a back seat to Valletta in 1530. The entrance to the city features on the TV series Game of Thrones. Also called the silent city because of its fortified walls, Mdina sits high up and offers fantastic views of the countryside.

The immaculate cobbled street is home to stunning buildings in the baroque style; full of grandeur and serenity.

The Xara Palace is the only hotel in Madina situated in the middle of a palazzo surrounded by the homes of Malta’s aristocratic families.

Luxury accommodation means all rooms have high ceilings giving an airy feel. Ask for a room on the bastion side as the 180-degree views will take your breath away.

The suites have freestanding baths in the bedroom, private terraces and views from all windows. So you can bathe and sightsee at the same time. 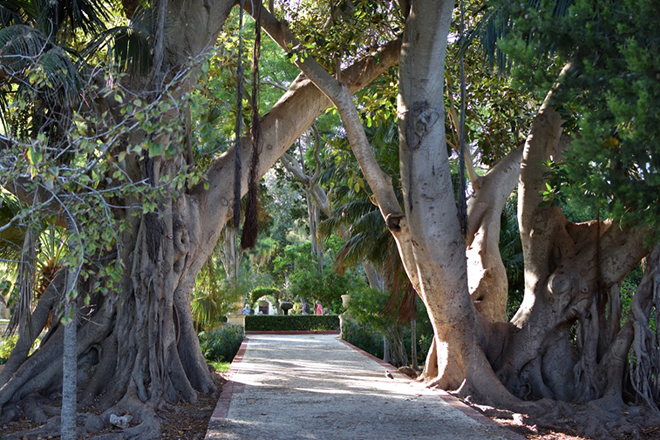 Attard is a quiet hamlet between Mdina and Valletta in central Malta. Attard and its neighbours, Balzan and Lija, are so close they are almost one place. Attard is known for its flower and citrus gardens, and you know you’re entering Attard before you get there because of the intense orange blossom smell. 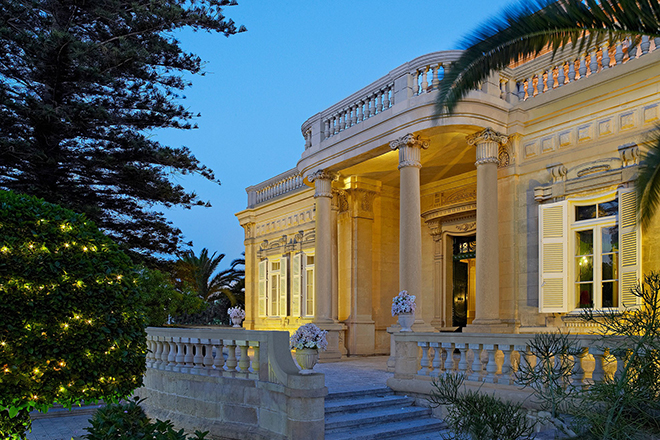 The hotel and spa were once a private villa set back in this traditional residential area. Situated just across from the President’s San Anton Palace, this gives you the idea of the quality of the accommodation.

Don’t come to Attard expecting bars and discos. It’s off the tourist trail for a reason: peace and quiet and subtle luxury is the name of the game here.

Sister hotel to the Corinthia in London, this group of hotels knows what a luxury hotel should be. A marble foyer welcomes you into this 19th century renovated residence; each room has a balcony overlooking the garden, and the beautiful garden has a large pool.

Every Corinthia hotel in the world has a luxury spa, and the Corinthia Palace Hotel is no exception. Had enough of the mainland try one of the islands starting with Gozo. 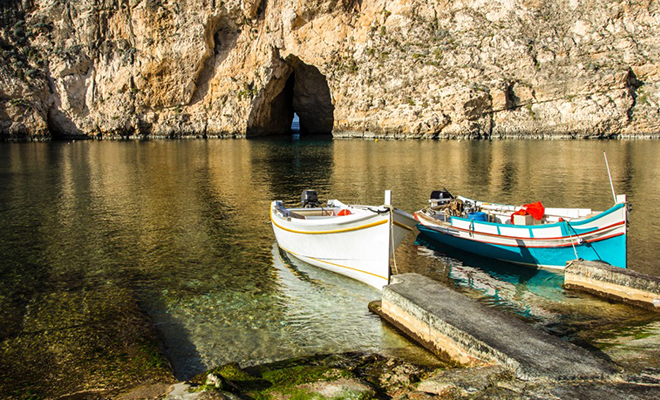 Gozo is a smaller island in the archipelago, and the pace of life is more laid back than on Malta itself. Famous for the Ggantija Megalithic temples, Gozo is the backdrop for Game of Thrones. Calypso in Homer’s Odyssey rumoured to have been created in Gozo’s likeness.

This tiny island has only a few hotels, but the best by far is the Kempinski Hotel in San Lawrenz. 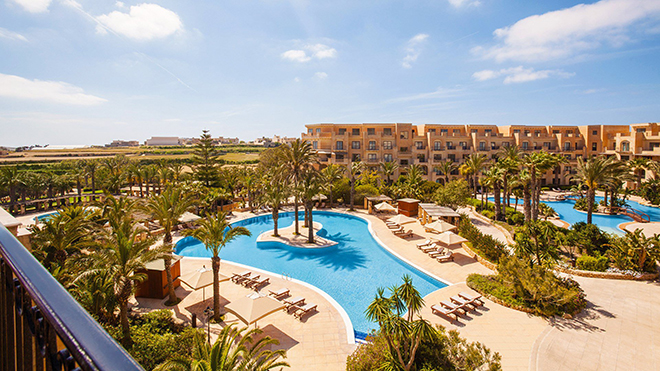 This low-rise five-star hotel sits on the side of a valley between Gozitan and San Lawrenz, close to a marine conservation area and local salt plains.

Constructed in local stone, the entire complex moulds into the scenery; terracotta floors and traditional furniture offer everything you would expect from a five-star hotel.

Tennis courts, a spa and large indoor pool are in keeping with its location, low key and charming. Tall palm trees surround the hotel giving a feeling of opulence and luxury.

The hotel rooms are large, with tiled floors and rugs. As you would expect, all the rooms have balconies, and the bathrooms are modern with walk-in glass-walled shower rooms. Luxury products are standard, as is the complimentary fruit and flower basket.

Malta and the surrounding islands are worth a visit; island hopping is a must. The Maltese take their culinary history from the neighbouring Mediterranean countries but also Africa; therefore, you can expect delicious cuisine wherever you go. Malta is underrated and without doubt, a foodie paradise.

This article was written by LUXUO.