The Italian fashion giant does its part for the economy and environment with its latest restoration project. 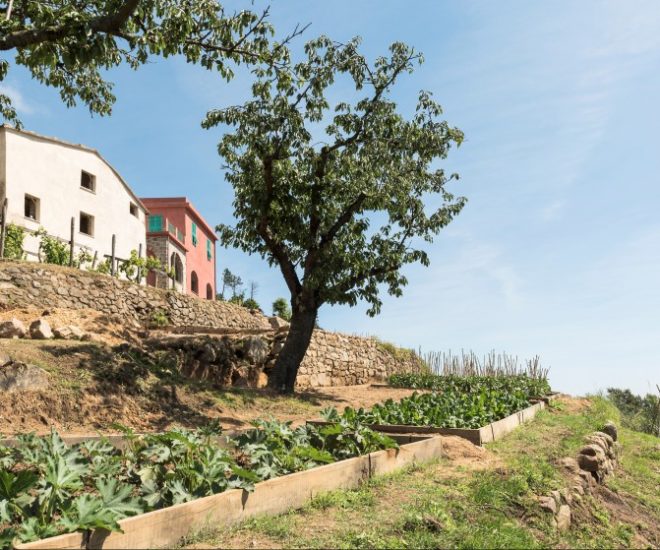 The long-forgotten beauty of Italy’s rustic landscape – specifically that of Punta Mesco in Cinque Terre National Park – has now been restored, thanks to the relentless efforts of Fondo Ambiente Italiano (FAI) and the significant contributions of Fondazione Zegna.

First, a little history on this idyllic clifftop location. Situated within the national park, Punta Mesco is an area steeped in history. Cultivated by humans from the Middle Ages right up to the end of the 20th century, the land was eventually acquired in the 1990s by a property company in hopes of turning the site into a holiday home. This plan was not to be – in 1999, the inauguration of the Cinque Terre National Park signalled the start of environmental conservation efforts and the end of human encroachment in the area. In the final toll, wear and tear damaged the buildings, land and ecosystem of Punta Mesco.

Three years after the initiation of the restoration, spearheaded by Anna Zegna, President of Fondazione Zegna and Marco Magnifico, Vice President of FAI, the Punta Mesco has come a long way to recovering from 20 years of abandonment and neglect. Spread out over 45 hectares of farmland, the Podere Case Lovara sees three rural buildings, of which two (Casa Bianca and Casa Rossa) have been fully conserved and reinstated. FAI have converted them into sea-front retreats, including a farm-holiday complex which respects economic and environmental sustainability.

Outside, the thriving vegetation is testimony to the project’s effectiveness. Along with the regeneration of almost two kilometers of existing dry-stone walls, around 5,000 square-meters of olives groves, a vegetable garden, orchard and even three beehives have been restored. In partnership with the Italian National Association for Biodynamic Agriculture, a biodynamic agriculture route has been put into place to ensure the health of soil sans synthetic fertilizers, pesticides and weedkillers.

Today, the Podere Case Lovara is open to the public, with guided tours and subsequently, over-night stays an option. Fondazione Zegna and FAI have taken the first steps to achieving sustainability with the installation of 22 photovoltaic for electricity generation and four solar panels to heat water for sanitary purposes. Experimental methods are also underway in hopes to achieve territorial protection and reduced carbon dioxide emissions. The foundations’ prudence in energy conservation has resulted in 60% of overall energy requirement being met by renewable sources, an astounding figure by any measure.