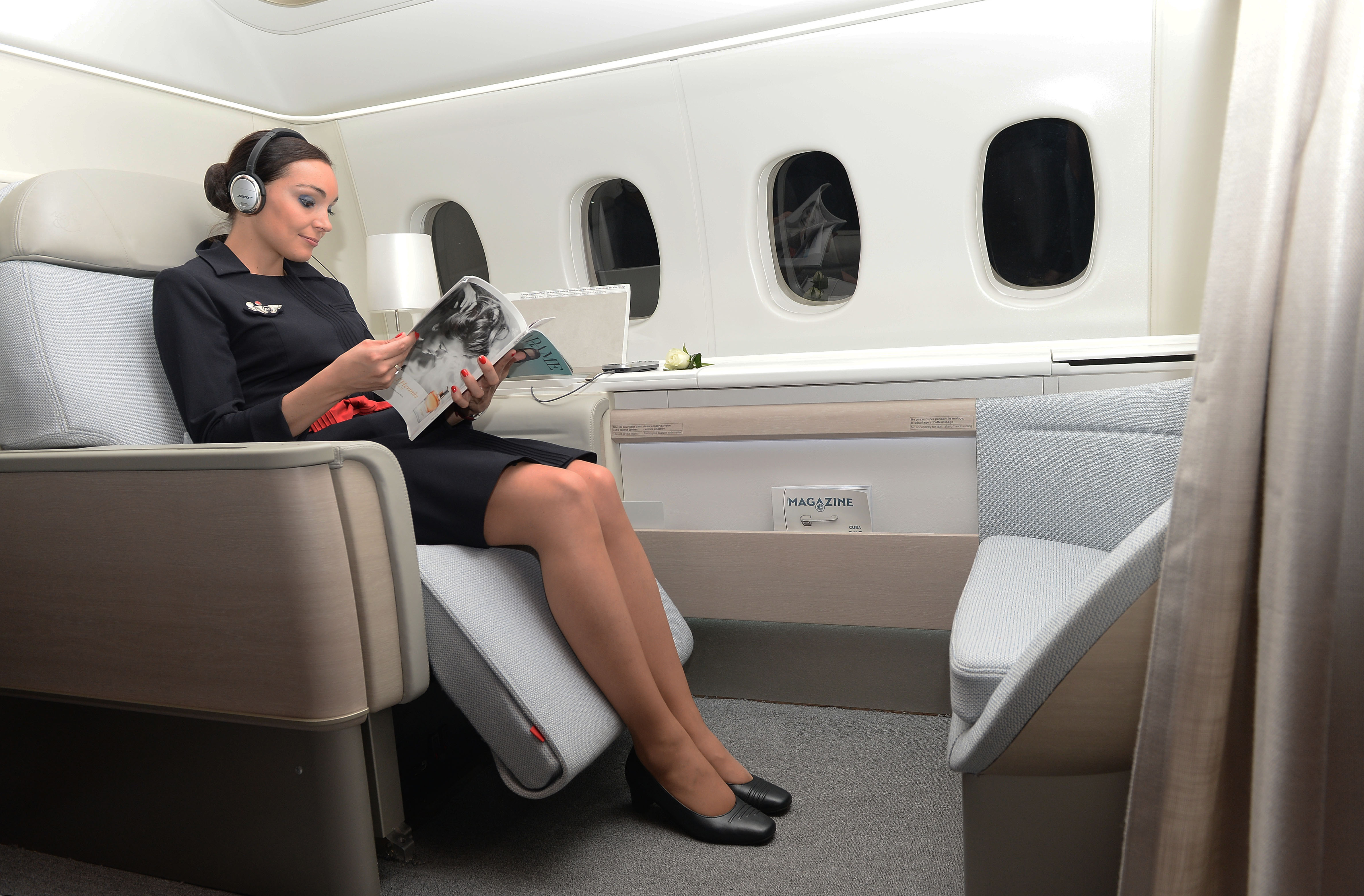 The airline’s “haute couture” suite will feature a seat that reclines into a bed stretching 2.01 metres long and 77 centimetres across (6 ft 7 ins and 30 inches) — one of the most spacious in the world.

A total of 76 of the seats will be fitted into the airline’s 19 Boeing 777-300 jets at a cost of 50 million euros, the company said as it showed off the new offering in an expenses-paid trip for journalists to China’s commercial hub.

Air travel in Asia is set to take off as growing middle classes take to the skies, prompting increasing competition for well-heeled passengers, and industry expert Didier Brechemier, of the Roland Berger Strategy consultancy, said that “first class is a tool in terms of image”. The launch came days after the Emirati airline Etihad revealed a first-class sofa that converts into a bed extending 2.04 metres long and 66 centimetres wide, which will go into Airbus A380 and Boeing 787 planes.

Singapore Airlines currently boasts the most spacious first-class seat, which it revealed in July last year at 2.08 metres by 90 centimetres. First class occupies just a sliver of the air-travel market, with Air France’s 52,000 such customers a year representing an occupancy rate of 38%, 0.3% of total long-haul passengers and 1.8% of long-haul revenue, said Bruno Matheu, head of Air France’s passenger business.

But with return ticket prices averaging $12,500 across the company’s network the luxury seats are highly profitable and they “generate more revenue than if we filled that space with economy or business-class seats”.