Vintage Chocolate by To’ak for Easter

We find out what chocolate and cognac have in common, in theory, this Easter. We would love to put this theory to the test. 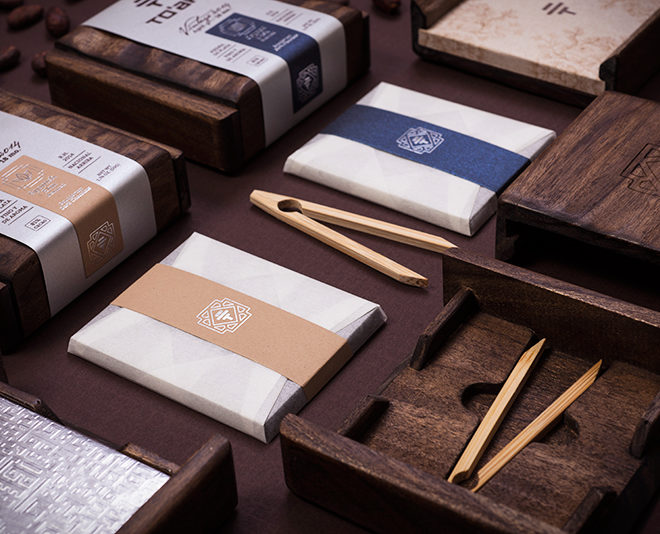 Its still early in March but you can’t deny that we are just hopping straight into Easter, pun intended. In time for the egg hunts and bunny jokes is a new vintage dark chocolate by creative chocolate company To’ak. Having made a name for itself in 2014 for a bar of dark chocolate that cost $60, it perhaps no wonder that To’ak’s follow up is far more costly at $345.

Dubbed the world’s first vintage chocolate, the 200 bars are made of the same harvest that produced its first foray into the world of luxury chocolates. Using cocao from the heirloom Nacional Cacao in the valley of Piedra de Plata in Ecuador, this is some of nature’s best in a bar. The crafting of the 50-gram bar chocolate is an 18-month aging process in a 50-year-old cognac cask. This allows for a more rounded flavor profile to emerge and also reveal subtle notes that would have been overshadowed. Each bar is packaged into a handcrafted Spanish Elm wood box engraved with the bar number and includes a 116-page booklet detailing the science behind the ageing process. The packaging is completed with a pair of hand-made tasting utensils.

The Ecuadorian company, founded in 2007 from a rainforest conservation project, selects each cocao by hand to ensure that only the best beans are used. Unlike other dark chocolates that are mixed with various ingredients, the chocolate produced by To’ak consists of cocao mass and cane sugar that are grown organically.

To give you an idea of just how meticulous the selection process is, To’ak initially produced 500kg (1,102.31 lbs) of chocolate. Of this, only 10% was used for the first release in 2014, producing 900 bars. From there, only 574 bars were packaged while the remaining chocolate produced, was used for experiments and special releases, such as the vintage release. Should To’ak ever need taste testers or manpower to clear away the 326 rejected bars, they know where to find me.