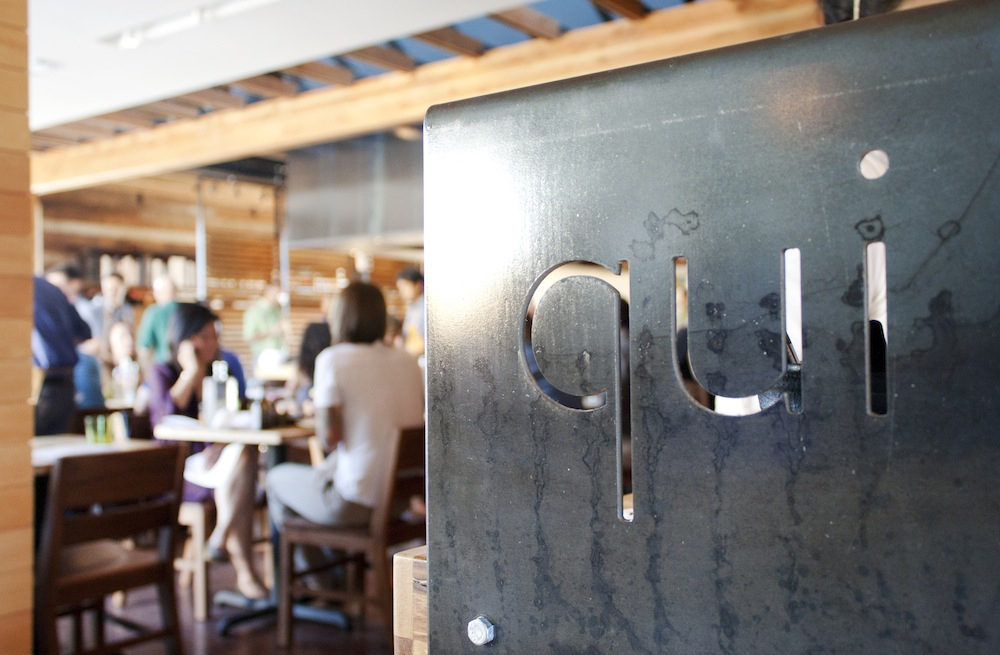 Taking the top spot is Paul Qui’s Qui in Austin, which Richman describes as “the most fascinating new restaurant in America.”

“Qui’s talent is prodigious, and his food is filled with both subtle shadings and sheer sensationalism,” Richman writes, pointing to inventive and bold flavor pairings like Filipino dinuguan, a pork-blood stew with mushrooms and meat, with potato gnocchi. In homage to Texas, locally raised Wagyu rib-eye and dry-aged cote de boeuf are also on the menu, while beef tartare is spiced with kimchi.

Rounding out the top three spots are Trois Mec in Los Angeles, described as a “little piece of Paris in an LA strip mall,” and a Japanese seafood restaurant in Portland, Oregon called Roe. Here are the Top 10 of 25 outstanding restaurants, according to Richman:

1. Qui (Austin, TX)
“Tasty Texan and uplifted Asian cooking on the other side of Austin”

4. Carbone (New York, NY)
“The Little Italy–style joint you dreamed of discovering, right down to the veal parm”

5. King + Duke (Atlanta, GA)
“Where there’s smoke, there’s grilling, as all-American as a slab of swordfish”

7. Gunshow (Atlanta, GA)
“They come bearing food, one cook after another – nobody can resist so much charm”

9. Dover (Brooklyn, NY)
“The re-invigoration of fine dining for a new kind of customer”

10. Nico Osteria (Chicago, IL)
“Sometimes all you want is Italian food, exactly what you love”