French pastry wizard Pierre Hermé, best known for his inventive macaron flavors, has been tapped by All Nippon Airways to cater its dessert menu. 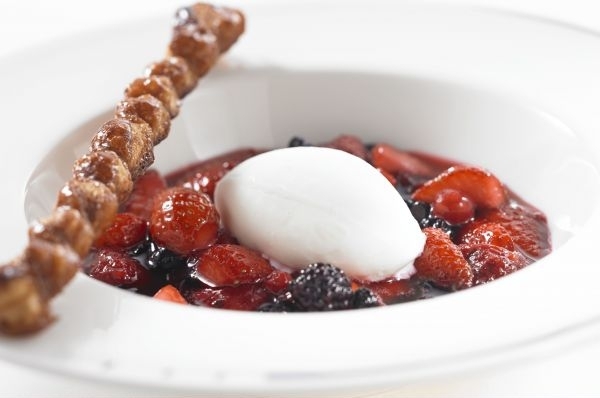 The man who’s been described as the ‘Picasso’ of the pastry world has been tapped by All Nippon Airways to cater its dessert menu.

Passengers on international flights traveling in First and Business Class will tuck into a range of in-flight desserts created by French pastry wizard Pierre Hermé, best known for his inventive macaron flavors and gourmet cakes.

The trio of desserts will debut in June for First Class customers and in September for Business Class passengers.

They will also be made available for a limited time at Bar Chocolat at La Porte Aoyama boutique in Tokyo, Hermé’s flagship store in Japan.

The first dessert is described as a mixed compote of raw and stewed fruits poached in Sarawak pepper syrup, cream cheese sherbet and sacristan, or flaky biscuit sticks.

Hermé joins a long list of master chefs who’ve been recruited by major airlines to help transform in-flight menus into gourmet restaurants in the sky.

They include Heston Blumenthal for British Airways and Alain Ducasse, Joël Robuchon, Guy Martin who’ve all served as advisors for Air France.