The famed proponent of New Nordic Cuisine gets beaten to the top spot by another Danish restaurant. 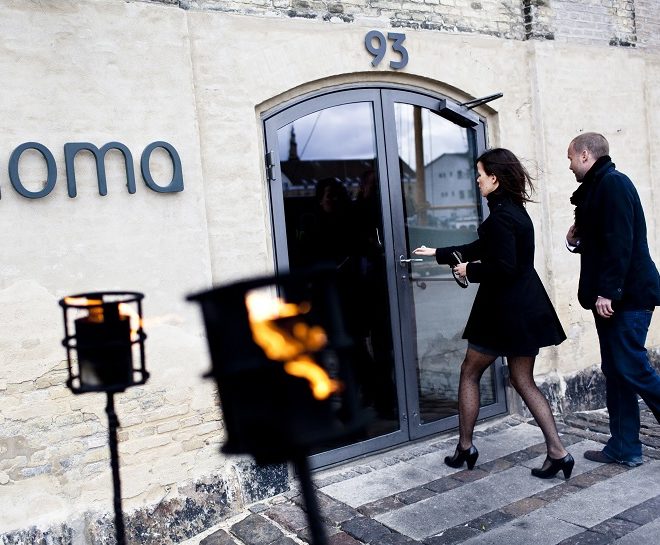 “The king is dead, long live the king!” seems to be the phrase that applies here because Noma has been beaten to three Michelin stars by another Danish rising star. In 2004, Rene Redzepi and Claus Meyer, from Denmark’s Noma restaurant, were among the key proponents of a new manifesto of cuisine known as the New Nordic Cuisine. These chefs adhered to the basic tenets of reviving traditional dishes and local ingredients in opposition to growing influence from international cuisines. More than a decade after its advent, Noma remains at two stars in this new edition of the Nordic Michelin Guide, while New Nordic disciple restaurant Geranium has been pushed ahead as the first Danish restaurant to receive the much sought-after three-star rating.

Nordic cuisine may call to mind connotations of pungent seafood to the uninformed, especially with the extremely infamous fermented-fish-in-a-can – Surströmming (bane of many an unfortunate connoisseur on countless Youtube videos), but the minds at Noma have a more refined taste to offer to the palate, all taken from the very land itself. One of the chief questions of the movement was why exactly was the Nordic region, with its rolling seas and rich soils, so underrepresented on the map of world cuisine?

Taking a look at one of Noma’s signature dishes, titled the Hen and the Egg, shows the pure innovation of the chefs in answering this question. The meal is actually cooked by the diner at the table. A hot plate is placed on top of a stack of hay, with a bunch of herbs, butter, and an egg. The guest is given instructions on how to cook the meal, and after a period of time the restaurant will provide the final garnish – a dash of ramsons sauce (ramsons is a herb that can be found in the region). You can tell that Noma really wanted to show off how the fresh smells of the woodlands could be infused into a simple dish such as a cooked egg.

Apparently Michelin critics were unimpressed by such innovations. Jesper Uhrup Jensen, the editor-in-chief of Gastro Magazine, told DR public television (a Danish television broadcaster) that “Noma makes food into a plaything, its dishes are too all over the place to get three stars. They serve entertaining cuisine, but there is a little too much banter and jokes for Michelin”. Among other achievements Noma has gained over the years include being named best restaurant in the world by Britain’s Restaurant magazine in 2010, 2011, 2012 and 2014. To fans of the restaurant, this must feel like a royal snub from the highly established guide.

But Geranium, and its top chef Rasmus Kofoed, are no pushover either. Kofoed received one of international cooking’s most coveted prizes, the Bocuse d’Or in 2011. France’s “La Liste”, which collates the views of some 200 gastronomic guides and websites, puts Geranium at 173 in global rankings, while Noma stands at 217. In fact gastronomes in Denmark were unsurprised by the announcement and attributed it to Geranium’s consistently superlative standards.

Well, really, if the food is good who can complain? New Nordic Cuisine has already garnered the worldwide renown that it sought out in the first place. Food, like culture, evolves, and while overwhelming foreign influence is a thing to fear, so is an overtly fundamentalist adherence to traditional values. In the end the tastebuds are what decides, and we can safely say that with restaurants like Noma and Geranium at the helm of things, Nordic cuisine is going to have its influence on the world for years to come.