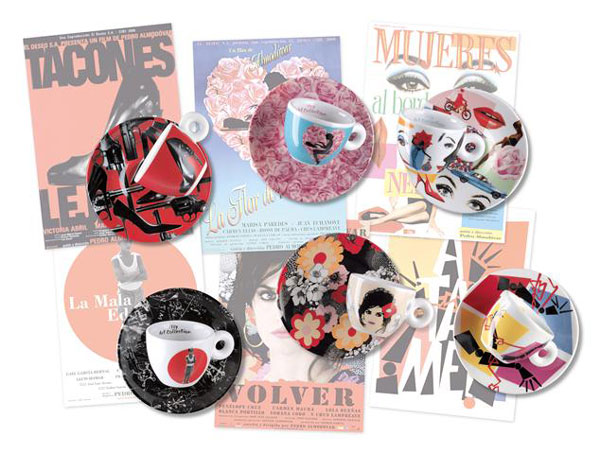 Dating to 1992, the leading Italian coffee companyâ€™s collaborations with eminent visual contemporary artists have produced striking, much-sought-after cups, designed to enhance the enjoyment of coffee in pairing it with beautiful objects. Illy’s passion for the beautiful and well-made, its love for the world of contemporary art and its exceptionally high quality are the driving passions behind the illy Art Collection series. â€œWe are honored that Pedro AlmodÃ³var has graced the illy collection with such a strikingly vivid series of cups, quite unlike any other weâ€™ve seen,â€ says Carlo Bach, art director of illycaffÃ¨.

â€œEach cup at once celebrates his own past artistry, while being completely original on its own. Each tells a memorable story, just as his films, in his signature, wonderfully unconventional style.â€ Bach said AlmodÃ³var has long been a fan of illy, been known to keep it on hand while filming. That gave Bach impetus to approach the director about creating a collection for illy.