To promote its culinary heritage, Iceland’s tourism office organized what it’s calling the world’s largest supper club for 300 guests over the weekend. 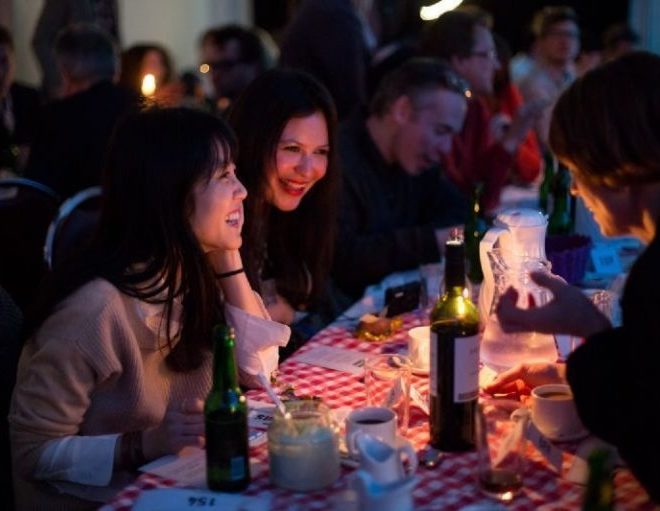 In a bid to promote its culinary heritage, a cuisine that can be inscrutable for many unfamiliar with Nordic culture, Iceland’s tourism office organized what it’s calling the world’s largest supper club for 300 guests over the weekend.

It took a team of eight chefs six hours to prepare the multi-course meal of salted cod, Icelandic shrimp, local lamb and a colorful assortment of salads and vegetables for the international guest list at a “secret” location in Reykjavik’s Old Harbor.

The dinner was hosted as part of Reykjavik’s Food & Fun Festival, which wrapped up over the weekend.

It was also the culmination of an online contest from last year that asked fans to rename the country in a moment of recognition that their namesake is somewhat of a misnomer.

Despite its name, Iceland enjoys variable but temperate weather with average winter temperatures in the lowlands hovering around 0C. In the highlands, the mercury tends to average around -10C.

In three weeks, more than 10,000 people responded with suggestions that included Lavaland, Puffinland, Wonderland and the Promised Land.

The guest list was culled from among the participants who made suggestions and who were flown in for the occasion, as well as local residents.