Philippe Labbe, the chef at the Shangri-La hotel in Paris, has been named France’s chef of the year by the influential Gault Millau restaurant guide. 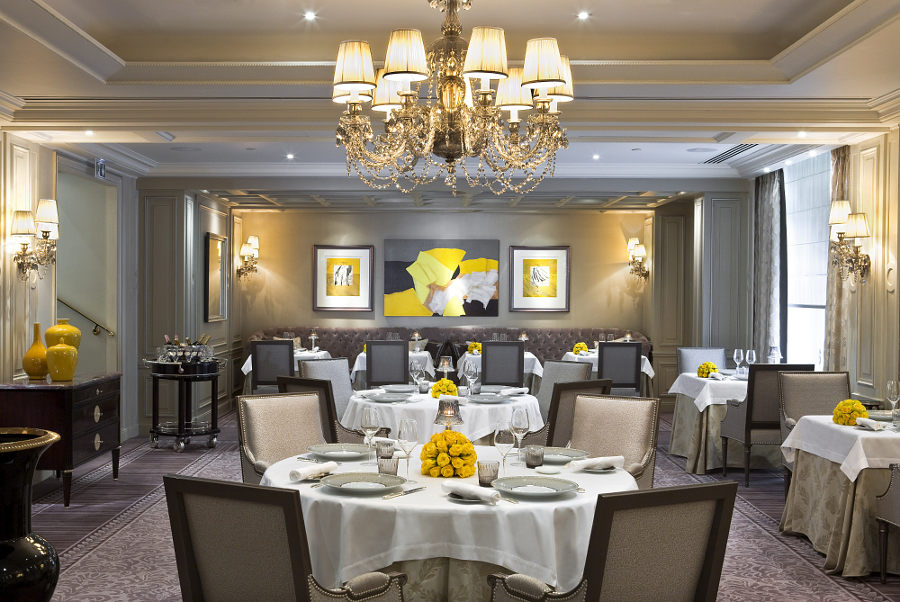 Philippe Labbe, the executive chef at the Shangri-La hotel in Paris, has been named France’s chef of the year by the influential Gault Millau restaurant guide.

Labbe, 51, has been in charge of the food at the hotel’s L’Abeille restaurant since it opened in 2010, having made his reputation as head chef at the Chevre d’Or, at Eze on the French Riviera.

His cooking at the Shangri-La has already been recognised with two Michelin stars and Gault Millau’s award will boost his chances of collecting a third star next year.

Marc Esquerre, the editor of Gault Millau’s 2013 guide, described Labbe’s cooking as “symphonic”. “It is complex but not complicated and immediately accessible for everyone,” Esquerre told AFP.

Asked to describe a dish that typifies his seasonal cooking, the chef himself opted for a just-cooked langoustine with the zest of yuzu fruit, served with a yuzu mayonnaise made with fresh, grilled hazlenuts.

The award for Labbe completes a memorable year for the Paris branch of the Hong Kong-owned Shangri-La chain. In addition to the plaudits collected by Labbe, the hotel’s Cantonese restaurant, Shang Palace, picked up a Michelin star in February.

Gault Millau is France’s second-biggest restaurant guide, after the Michelin.

There are often significant discrepancies between the judgements of the two publications, with Michelin seen as the more traditional of the two while Gault Millau has a record of championing more innovative cuisine.

The Gault Millau 2013 guide is published on October 31 and will be available free from the same day on the website, www.gaultmillau.fr.