Eat at every 3-Michelin-starred restaurant in the world

Two British luxury travel sites, VeryFirstTo.com and Holidaysplease.co.uk, have teamed up to offer a tour that will let foodies dine in all 109 3-Michelin starred restaurants in the world. 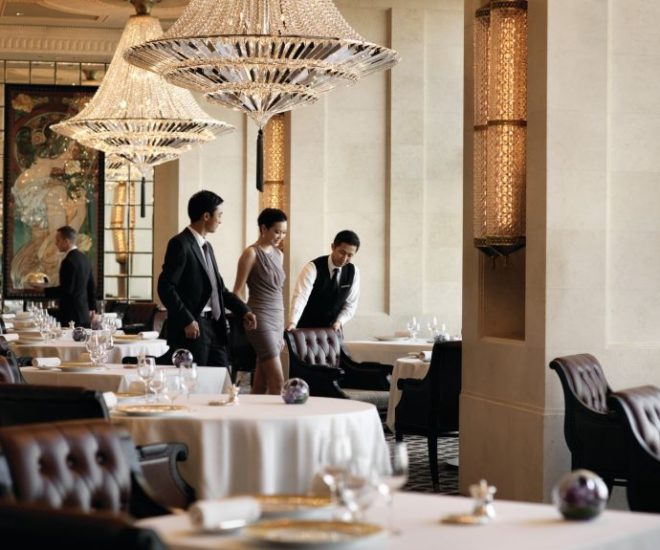 A luxury, British website has created a once-in-a-lifetime epic travel itinerary that will take one couple to all 109, three-Michelin-starred restaurants around the world, for the cool sum of about $275,000.

It’s a six-month culinary odyssey that will take two people to the world’s top dining addresses across 12 countries, including Lung King Heen in Hong Kong, Sushi Yoshitake in Tokyo, Per Se in New York and Le Meurice in Paris.

Created by VeryFirstTo.com with www.holidaysplease.co.uk, participants will sample some of most iconic, famous and avant-garde dishes in contemorary gastronomy, such as “salmon poached in a liquorice gel” at Heston Blumenthal’s The Fat Duck and “pineapple bubbles” at Juan Mari Arzak’s Basque restaurant Arzak. Visits will average one restaurant every other day.

According to the Michelin ranking system, restaurants that boast all three stars represent dining destinations which are “worth a special journey.” Dishes are nothing short of exceptional, distinctive and precisely executed and use superlative ingredients.

Participants will stay at five-star luxury hotels such as the Trump International in New York; the Conrad in Tokyo; the Hotel de Paris in Monte Carlo; and Claridge’s in London.

Meanwhile, the same website recently sold a luxury vacation package worth $1.5 million to a wealthy Chinese man this past spring that will take him to all 962 UNESCO World Heritage Sites over two years.

The Four Seasons has also created once-in-a-lifetime travel itineraries that include an around-the-world tour with stops in Bali, Bora Bora and Hawaii in 2014, while National Geographic has likewise launched an excursion and guided tour of ancient and historical sites aboard a luxury jet next year.