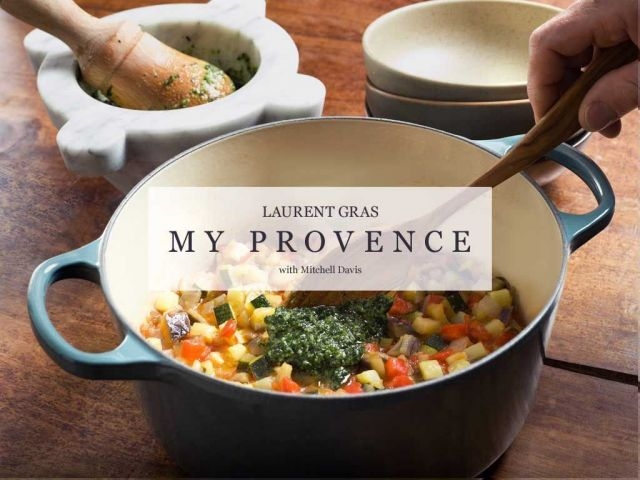 Gras chose to bypass the traditional publishing medium and go straight to the e-book route with his first cookbook Laurent Gras: My Provence.

Developed specifically for the iPad, the digital cookbook can also be viewed on any laptop or desktop and features about 40 recipes that reflect the French chef’s food background growing up on the Côte d’Azur.