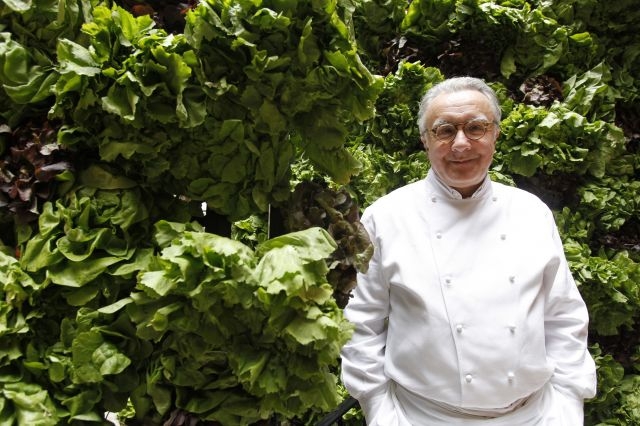 You can almost hear the platform groan under the collective weight of their Michelin stars — 33 between them all — and their gastronomic clout.

The trio — referred to by show host Gordon Ramsay as “VVIP guest judges” — will appear on the Tuesday episode of MasterChef and judge the dishes of the four remaining competitors on the show.

“I mean, there are guys out there who would cut their leg off to cook for one of these guys and I’m cooking for all three,” said one competitor. “Man, it’s amazing.”

This year, 30,000 people across the country auditioned for MasterChef. The latest episode with guest judges Boulud, Ducasse and Savoy airs Tuesday, Aug 28 at 9/8c.