Smell-O-Vision Is Coming To Life!

Scentee is a small dongle that attaches to your smartphone and emits scents depending on your choosing. 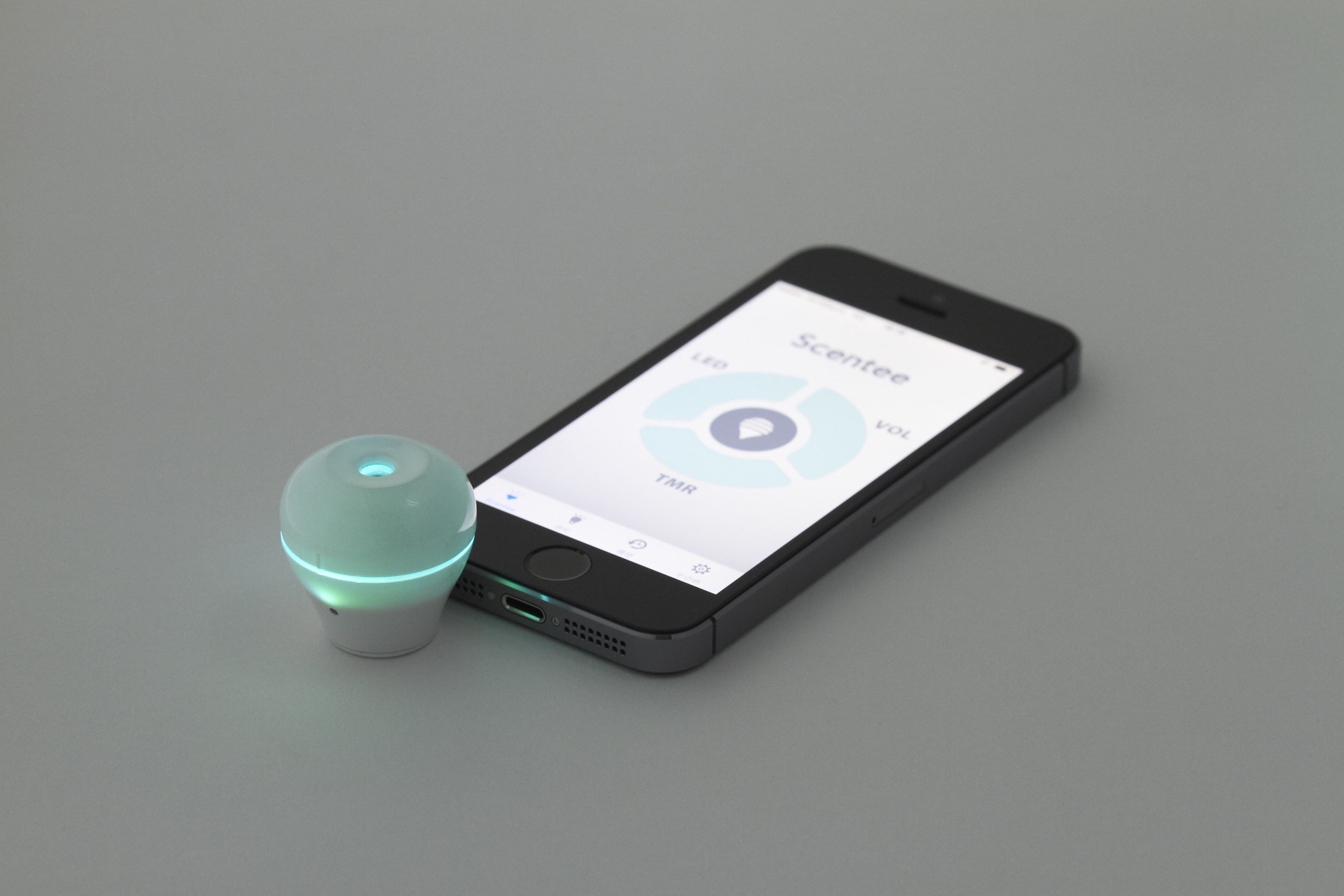 A triple Michelin-starred restaurant in Spain is hoping to bring the concept of “Smell-O-Vision” to guests with the development of a new mobile app that will allow diners to get a whiff of their dinner from their smartphone. Chef Andoni Luis Aduriz of Mugaritz restaurant has teamed up with a Japanese technology company to work on a digital app that would diffuse the smell of the restaurant’s dishes from a small plug-in accessory that attaches to the phone via the earphone jack.

After calling up a dish on the screen, the diffuser called Scentee will release a burst of fragrance from a cartridge that simulates the aromas of the meal.

The concept was unveiled at gastronomy festival Madrid Fusion last month and is being developed with a professor from City University in London.

Not only would the mobile app offer prospective diners a preview of their upcoming dinner or a chance to revisit their meal, the digital mobile device could “open up new vistas” for foodies who may not be able to travel to the San Sebastian restaurant, Professor Adrian Cheok told Fine Dining Lovers.

The latest collaboration could also pave the way for future scentagram-style social media apps that could allow friends to send one another scented messages, recreate virtual meals, and allow grocery store shoppers to smell their food before purchase, Cheok added.

For now, the device is pitched as a 4D experience that could be used as an alternative alarm clock — think coffee aromas nudging you awake — and an added layer to the video gaming experience with the smell of gunpowder released every time players click the ‘fire’ button.

Scentee is now available worldwide and ships to 120 countries. The small balloon-like device retails for $35 USD while cartridges are $5.

Aromas that are already available include strawberry, lavender, coffee and rosemary. The app is compatible with both iOS and Android devices.