Oakley has officially announced its AirWave snow goggles, designed to protect the user’s vision while providing connectivity for smartphones and tablets. 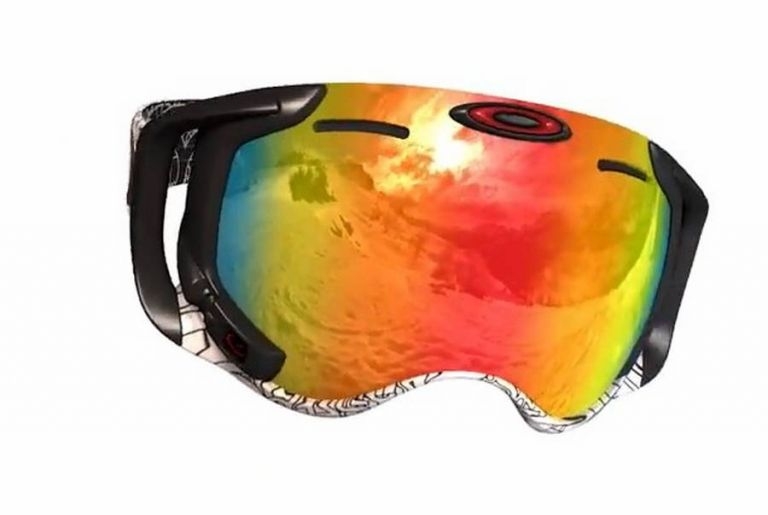 Oakley just debuted a new pair of tricked-out snow goggles that offer some unique features, such as Recon Instruments’ latest heads-up technology, allowing wearers to see maps, speed, temperature and playlists all while carving up the mountain.

All of this information is displayed in the lower righthand corner of the goggles, which is perceived by the wearer to be the size of a 14-inch/36-cm screen that is five feet/1.5 m away, so you won’t need to refocus the eyes, Oakley states.

Additionally, Oakley’s Airwave goggles feature GPS, Bluetooth and a host of other onboard sensors.

You can access a friend tracker to locate ski pals and preloaded maps of 600 ski resorts around the globe, as well as stream music wirelessly, make calls, or send texts with stock messages via a “glove-friendly” wrist remote control.

Available October 31, you can purchase the Airwave goggles for $599 via Oakley.com, Apple.com and select Apple stores in North America, Europe, and Japan.

By downloading a corresponding iPhone, iPod Touch, or Android app, you can operate the goggles via the wrist device.

Other ski goggle options include the Zeal iON, which feature antifog, high-density polarized lenses, like the Airwave, but with a built-in HD camera to capture the action.

You can capture both 1080p video and eight-megapixel photos with a 170-degree wide-angle lens. The camera automatically adjusts for light levels and has an infinity focus — all for a price of $399.