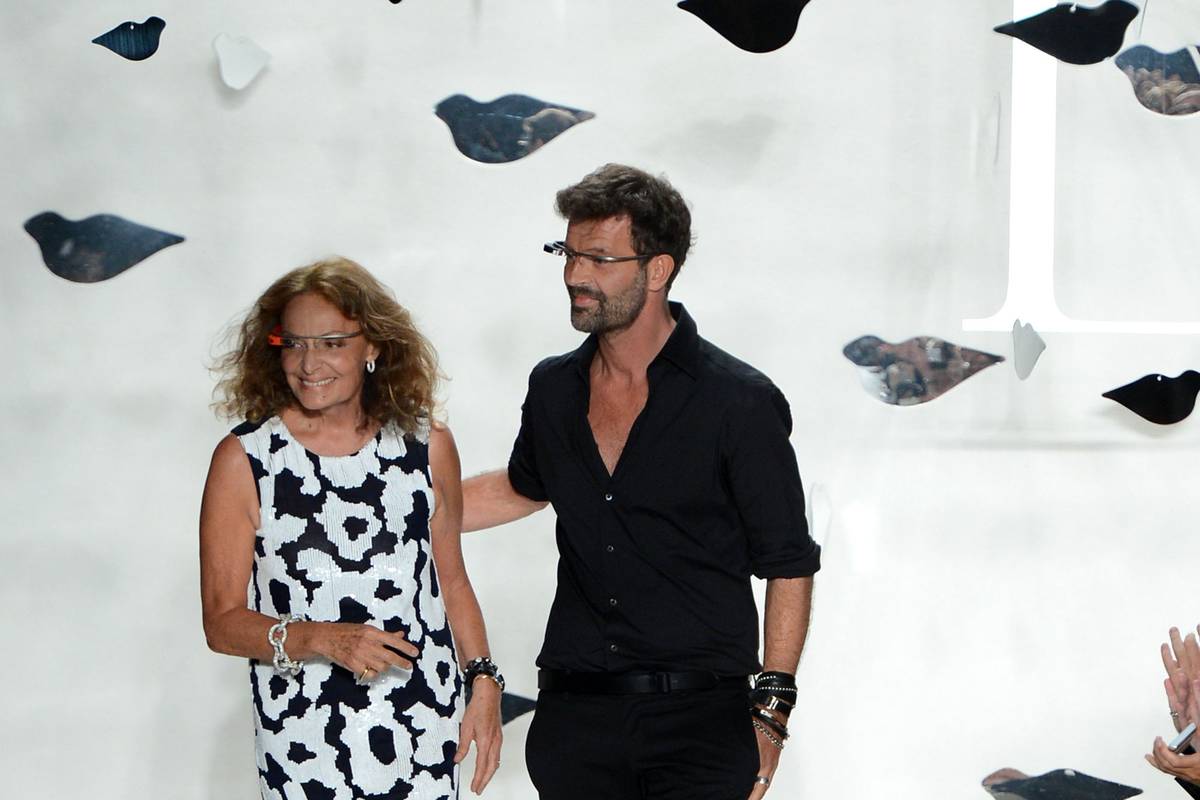 DIANE VON FURSTENBERG has created a new range of frames and shades for Google’s smart headset and they’re set to go on sale exclusively at Net a Porter and the Google Glass store on June 23.

DVF is no stranger to GOOGLE GLASS: she incorporated the device into her Spring 2013 runway show to offer viewers a unique insider’s perspective.

The new collection, which consists of five new frame styles and eight sets of shades, is the latest attempt by Google to elevate the standing of Glass in terms of both looks and likability.

In January Google unveiled the Titanium Collection — four classic frame styles, crafted from titanium and each costing $225 — that were created to make Google Glass work with prescription lenses and to help the device look more like a pair of classic glasses.

Then in March it also announced a partnership with Oakley and Ray-Ban that will see the companies working together to create and sell headsets “that straddle the line between high-fashion, lifestyle and innovative technology.”

But in terms of style, the Diane von Furstenberg collection could take things to a new level, although even her deft touch isn’t enough to make the technological aspect of the headset completely disappear from sight.