Sprung Up – A Deep Dive into Watch Escapements Part 1

The heart of the watch seldom gets the attention it deserves. Given that there are significant developments in this area every year, we’re correcting that oversight here 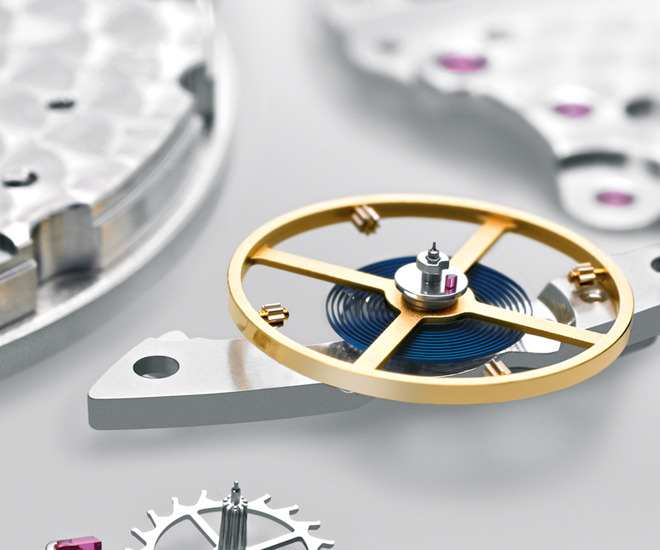 It is the qualified opinion of a number of ranking watch brand executives that no firm can call itself a manufacture if it cannot manage the business of making its own escapements. Given that these are sometimes called the regulating organs of time, this proposition sounds fairly reasonable. Even in our 2016 story by Jamie Tan on this same subject – the relevant parts are reproduced here – the overall message implies that very few brands work on their own escapements. If you look to just the hairspring component that number drops further.

Looking back on that relatively recent story (#42), and pursuing further research in this area, a couple of paradoxical points become evident. The first one is that relatively little is published on the subject of the essential regulating organs of the watch – whether quartz or mechanical. The second is that this subject is regularly given short shrift by observers and commentators. The great journalist Jean-Philippe Arm, writing in WatchAround in 2009, concluded that the state of hairspring production was of no great concern or indeed interest. 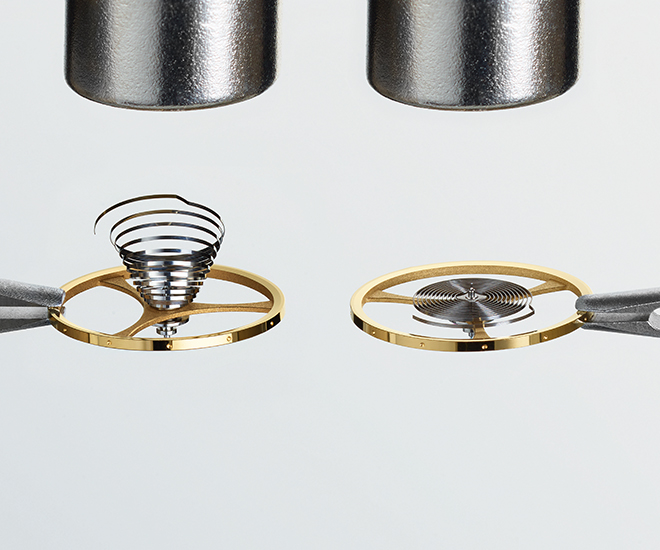 The Nivachron hairspring during production at Nivarox FAR

“It is the least standardised and most secretive production sector of the entire watch industry,” he writes. “It took us several years to do the rounds, from Geneva to Schaffhausen, from Biel to Glashutte in Germany and on to Valdahon in France. Yet the journalist, penetrating the contrived veil of mystery surrounding such a confidential activity, and studiously checking his facts, is rewarded with something quite ordinary. There are many and more spectacular aspects of watchmaking than the hair-splitting task of making balance springs.”

Nevertheless, Arm and WatchAround produced a number of intriguing stories on regulating organs over the years. We are indebted to his – and other Swiss-based writers – efforts in closely observing the manufactures great and small. If nothing else, these inspired this story, and convinced us that we should look into this over the course of not just one issue, but for as long as the going remains interesting.

In other words, strap yourselves in because Kansas is about to go bye-bye.

In deciding to revisit this area, we had a couple of important motivations that we’ll also address upfront. First of all, there are two new hairsprings in play this year from major players, and the last two years have delivered realistic options that widen the scope of this discussion to the area of quartz and next generation mechanical ideas. Indeed, you’d have to go back to the heady days of CSEM (see Rolex section for more details) and the watchmaking cartel that pioneered silicon components; the Omega Co-Axial escapement; the Rolex Parachrom hairspring; the Seiko Spring Drive; the Ulysse Nardin Dual Direct Escapement; and, to a lesser extent, the Audemars Piguet Escapement to find a period where we were party to so many promising results in the arena of essential timekeeping operations. 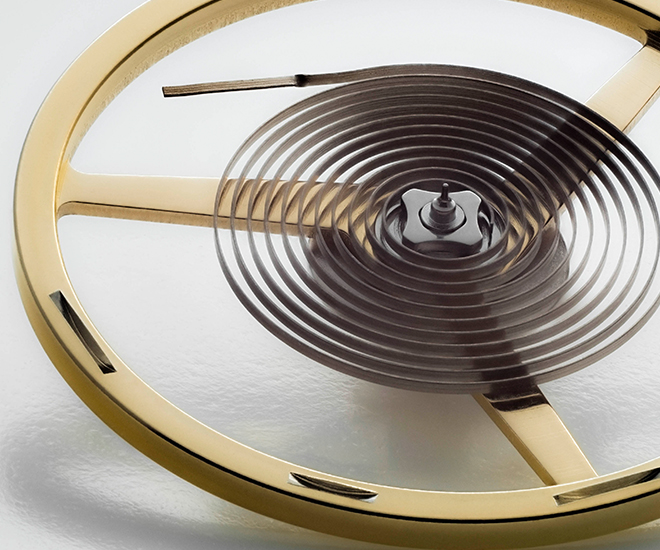 Even if nothing much comes of all this innovating, the very least that can be realised is that watchmaking is not at a standstill. The brands are still investing in making better timekeepers, and in improving their own standards. If you don’t find that heartening, think of it this way: the price you pay for your watches may indeed be contributing to creating better watches.

In this developing series, we are dividing our attention into two areas: the hairsprings themselves, and escapements in general. Both require deep dives into the arcane world of Swiss watchmaking – with a minor foray into the Japanese side of things. For now, we’ll address the most mainstream topic in this area: the dominant position of the Swatch Group in producing hairsprings, and an opposing force in Geneva.

The origins of the mechanical hairspring go all the way back to the 17th century, long before any of the famous names in watchmaking were active. This should be obvious because watchmaking had not yet hit upon an oscillator with a set frequency – it had not done a great many other things too but that’s a story for another issue (or issues).

For clocks, the Dutch physicist, mathematician and astronomer Christiaan Huygens came up with the idea of using freely swinging weights – pendulums – to regulate timekeeping functions in 1656. This takes advantage of the pendulum’s natural harmonic oscillator properties. Huygens realised that as long as a clock is stationary, the pendulum’s motions would be perfectly regular. Motion of any kind would disrupt this so he came up with a different solution for watches – a flat, very thin, coiled spring known as a hairspring or balance spring. The birth of the hairspring, attributed to Huygens, is listed as 1667, and had the powerful effect of reducing daily error rates of watches from half an hour and more, to about five minutes. 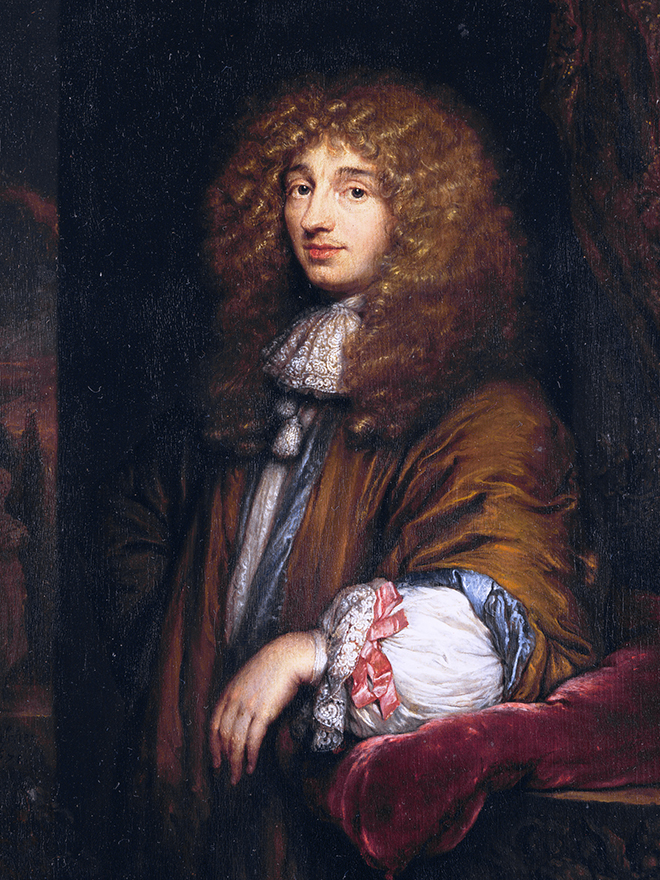 Huygens was not without competition in this area, as no less than Galileo Galilei had independently come up with the same concept (but he never made it) and English physicist Robert Hooke claimed to have invented the sprung balance before Huygens. Evidence tells us that Huygens used a sprung foliot (a horizontal bar with weights at both ends) and balance wheel in conjunction with his hairspring to create a verge escapement (itself a much older invention) so his reputation seems secure. Even in the 17th century, competition in horology was entirely natural.

A couple of centuries later, some of the big names in watchmaking were on the scene, and the world of watches was jointly Swiss and American. Industrialisation at this time led to consolidation in the production of hairsprings. Apparently, few watchmakers found it worthwhile to produce hairsprings themselves so it fell to a few specialised workshops to supply the entire market. In 1895, the merger of five balance spring workshops actually led to the first recorded watch industry cartel, which would be called Fabriques d’Assortiments Reunies (FAR) by 1932. No doubt this acronym will ring some bells…

Rising up to oppose this cartel and its reportedly abusive commercial practices was the Geneva based Societe Suisse des Spiraux in 1898. In between, the true future of the balance was unfolding as Charles-Edouard Guillaume invented Invar – a steel and nickel alloy with an extremely low expansion coefficient. This would eventually give rise to Elinvar, the preferred alloy for hairsprings from 1913 until the 1930s.

Today we know for certain that advances in mechanical timekeeping – and possibly timekeeping in general – will spring from advances in material sciences, but we are getting ahead of ourselves. Back to the past we go. 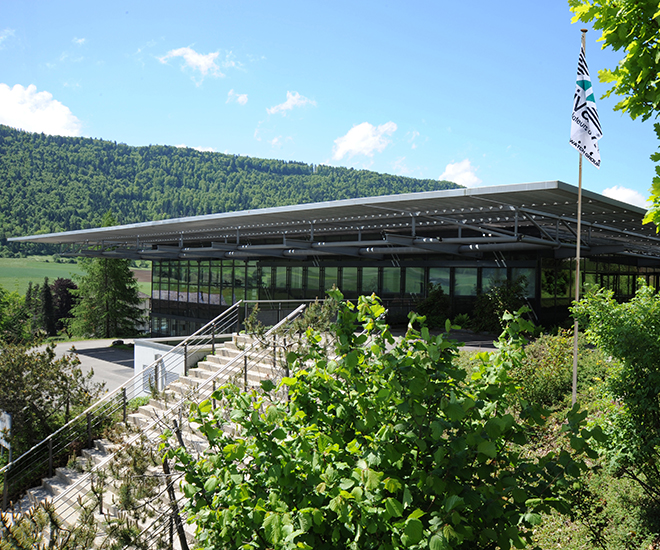 The Nivarox facility in Villeret

In the Roaring 1920s, a new watchmaking cartel was taking shape. It began with the creation of the Federation Horlogere in 1924, followed by Ebauches SA in 1926, and then the UBAH in 1927. All these groups were regrouped, essentially as Allgemeine Schweizerische Uhrenindustrie AG, after the good times came to an abrupt end with the Great Depression. Formed in 1931, the ASUAG had the might of the Swiss government and the Swiss banks (as financiers) behind it. Concurrently, the Swiss government looked into further consolidating the production of essential components, including the hairspring. There were only a few outfits besides FAR producing hairsprings then. One of these was the aforementioned Geneva outfit, which remained operational till 1956, while at least four were absorbed by FAR. FAR itself was absorbed by ASUAG in 1931.

The next step will be the most familiar to contemporary collectors because it marks the entrance of Elinvar’s replacement: Nivarox. Richard Lange (yes, he of A. Lange & Sohne) was awarded a patent for a new hairspring material that included beryllium that was, unfortunately, never realised. Instead, Basel-native Reinhard Straumann (for whom the Straumann balance spring is named) took up the challenge of making the new hairspring. Once again, it was a German company, vacuum-smelting specialists Heraeus-Vacuumschmelze, that helped him create the seven-metal alloy Straumann called Nivarox. The name is an acronym for “nicht variable und nicht oxydfest,” meaning essentially non-variable and non-oxidising. Straumann’s firm is called Nivarox SA, with FAR as the main shareholder. 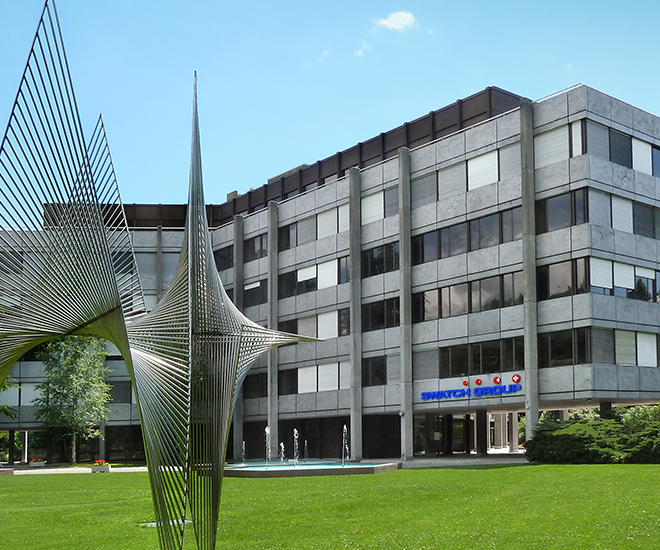 Skipping forward a fair bit, by the time the Quartz Crisis hit Swiss watchmakers in the 1970s, Nivarox had established itself as the unrivalled supplier of balance springs to the entire trade. It merged with FAR and others in 1977 to become Nivarox-FAR, and was then folded into a new watchmaking mega-corporation alongside its parent firm ASUAG called the Swatch Group. At least 90% of the Swiss watchmaking trade continues to rely on Nivarox hairsprings. Aside from that, Nivarox also makes the lion’s share of the more niche silicon hairsprings because these have found their way into lots of Omegas, as well as plenty of other Swatch Group brands. That, in a nutshell, is the story of how one firm came to dominate the market for hairsprings. 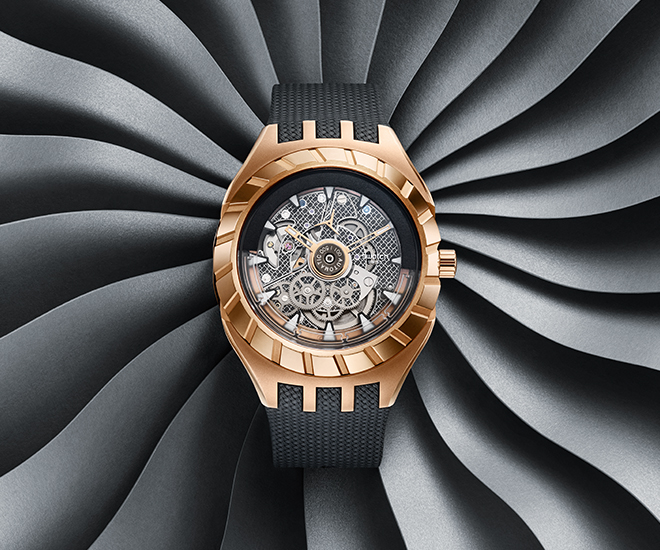 The Swatch Sistem51 Flymagic with the new Nivachron hairspring

The latest chapter in this story is that of the Nivachron hairspring, announced last year, and already proving its worth in the Swatch Sistem51 Flymagic watch. Unlike the aforementioned silicon hairspring, this one is titanium-based but has very similar properties and advantages. This means that the new hairspring is resistant to magnetic fields (by a factor of 20 times over the standard Nivarox hairspring), is shock-resistant, wear-and-tear-resistant (good tribological properties), and withstands variable temperatures well. There is no official comparison between the Nivachron hairspring and the silicon one (at least as produced by Nivarox) but it seems like one will be more high-end. The Swatch Group has already announced its intention to equip all its mechanical watches with either silicon or Nivachron hairsprings, or perhaps some other as-yet-unrevealed hairspring that is also anti-magnetic.

For the moment, it is only the Flymagic that is equipped with the new hairspring but Audemars Piguet has already confirmed that it will be using the hairspring in an upcoming watch. The nature of this as-yet-unrevealed watch will no doubt have all manner of implications for the perceived value of the Nivachron hairspring. 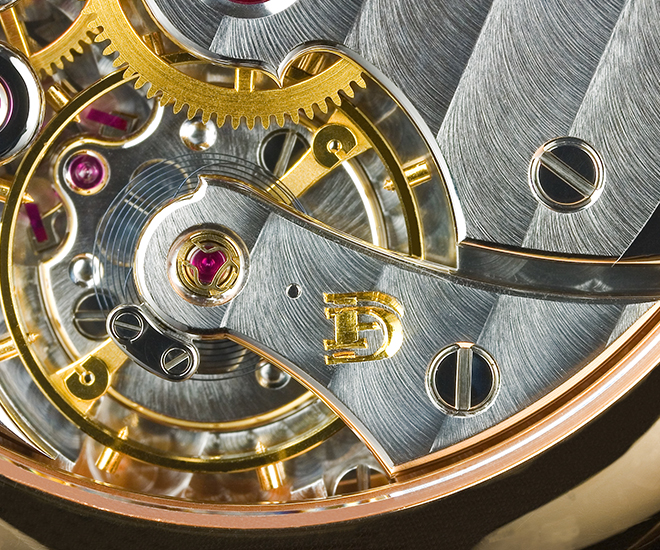 Close-up of the Philippe Dufour Simplicity, featuring the escapement

In closing this chapter, it is worth noting that no one ever buys a watch for the pedigree or effectiveness of its hairspring. This is unsurprising because no one buys a car based on the quality of the pistons. Even the mighty Phillip Dufour went for new old stock hairsprings (presumably Nivarox-made because why not) for his Simplicity watch, and that’s not because he didn’t have other options. For Dufour, what mattered was that he did the overcoils himself, and attached them to the collets.

Read Part 2 of the story here.