As Rolls Royce celebrates its 115 anniversary, how has Rolls Royce’s unyielding adherence to its vision shaped the world 115 years on? 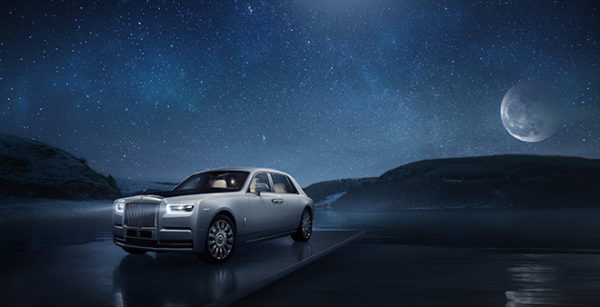 Take the best that exists and make it better. When it does not exist, design it. – Co-Founder Royce on the guiding principles of Rolls-Royce

A historic meeting on 4 May 1904 between Sir Henry Royce and Charles Rolls at the Midland Hotel, Manchester, redefined what luxury automobiles would mean. Since the Rolls-Royce 10hp debuted at the Paris Salon in December 1904, the British luxury carmaker never strayed from its co-founder Royce’s, vision: Take the best that exists and make it better. When it does not exist, design it.

Prided on its pioneering spirit and dedication to details, Rolls-Royce has time and again heralded new perspectives of spectacularly luxurious sedans. But how exactly has Rolls Royce exemplified this vision into some of its most prominent recent creations? 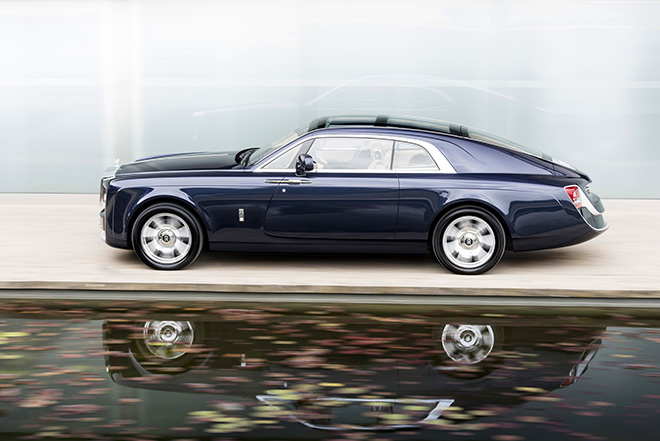 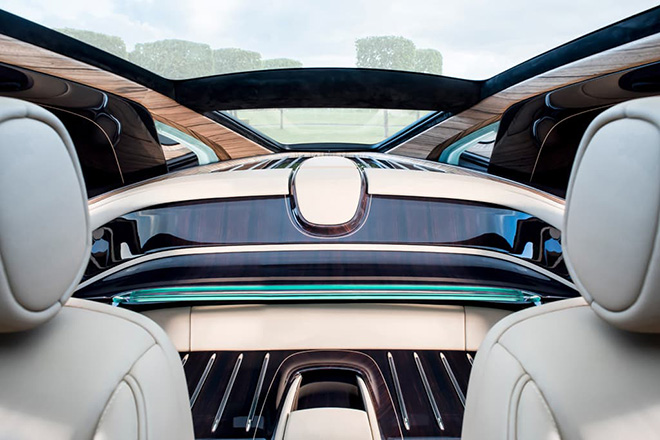 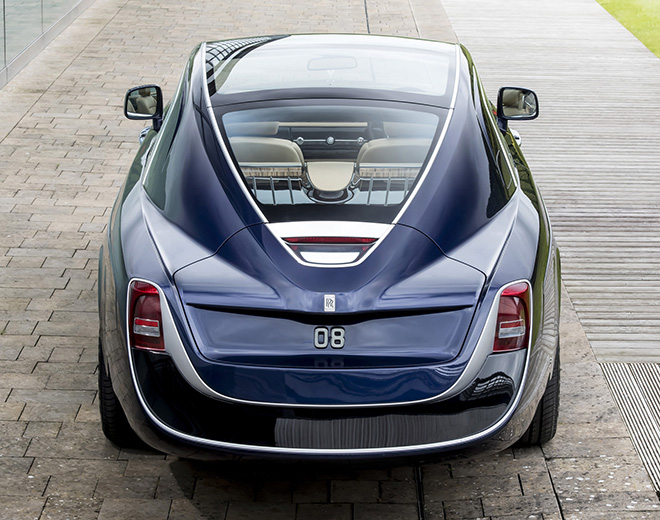 True to their vision, Rolls-Royce now offers bespoke services to personalise each car in its owner’s image. Besides the Starlight Headliner, which allows owners to configure a unique constellation, Rolls Royce splashed headlines in 2018 with the Sweptail—an entirely bespoke car made for one well-heeled owner at the cost of US$13 million. We are not merely talking about choosing the colour of leather. The racing-yacht inspired coach-built car features a diaphanous sanctum lined with Macassar Ebony and open-pore Paldao (the luxurious woods) and a huge luggage shelf instead of rear seats. 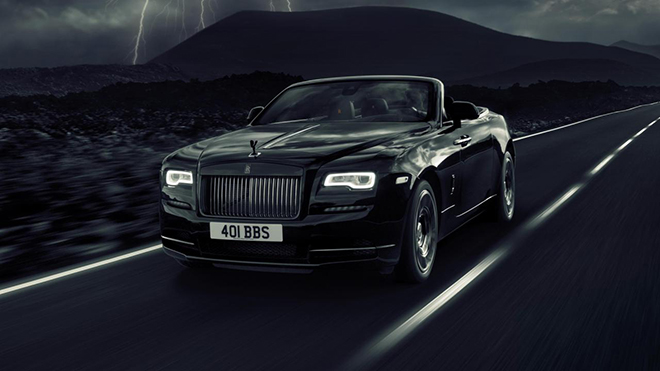 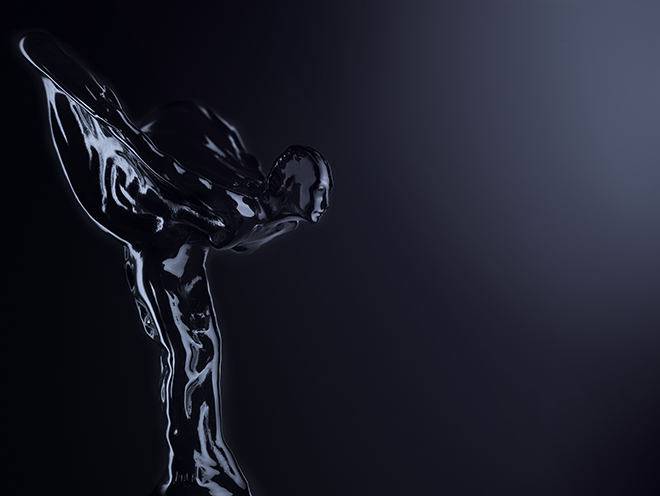 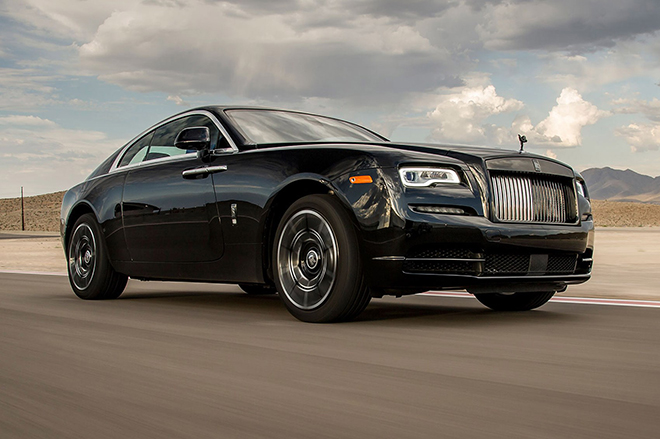 Rolls-Royce amplified the minimalist and sleek design leitmotif with the uncharacteristic yet brand-coherent Black Badge series for Dawn, Ghost and Wraith. The subtle sophistication emanated by the black palette has caught on with younger owners who prefer to be “inconspicuously conspicuous”; to show off their ostentation, with the minimalist finesse of the Rolls-Royce Black Badge edition. Its powerful engine aside, the limited-edition Black Badge features a dark-chrome Spirit of Ecstacy and carbon-fibre interior components; every detail, a purposeful execution to match the intricate palate of clients who are a subset within the subset. It is not surprising how some would consider the Black Badge to be the ‘alter-egos’ of the standard models. 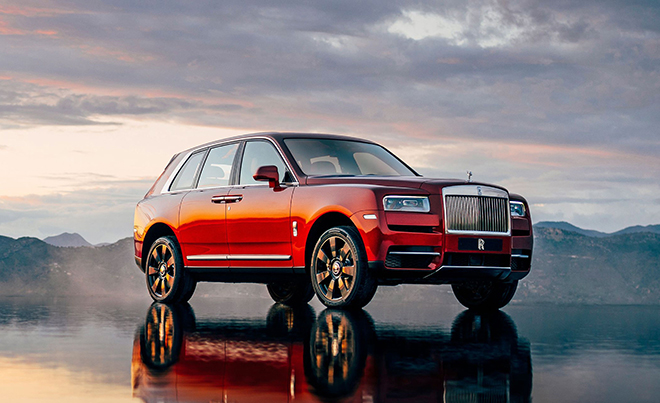 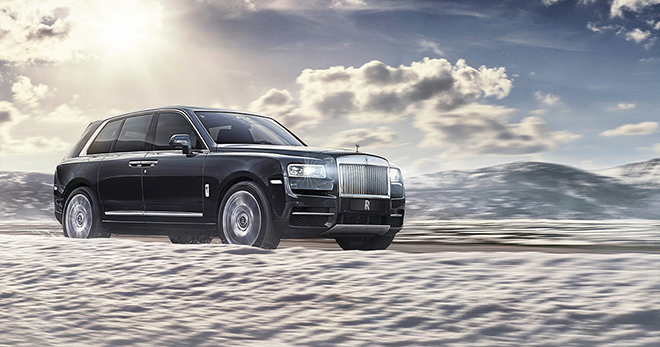 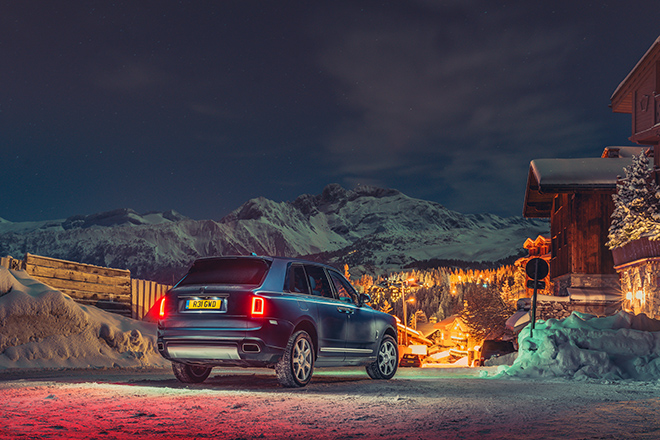 The trademark Spirit of Ecstasy erects triumphantly at the tip of the Cullinan’s long bonnet as the 4-doored super-luxury SUV, first of its kind, conquered 12,000 miles of some of the world’s toughest terrains. Surely, there cannot be a better way to demonstrate the prowess of Cullinan’s 6.75 litres twin-turbo V12 engine than to scale the epic landscapes of the Arabian deserts or the undulating Scottish highlands. Despite its seeming ferocity, the all-wheel drive  vehicle elegantly tucks its dexterity beneath its sleek and pristine body. This is a machine that can grace the grandest of parties and soothe the worst of road trips. 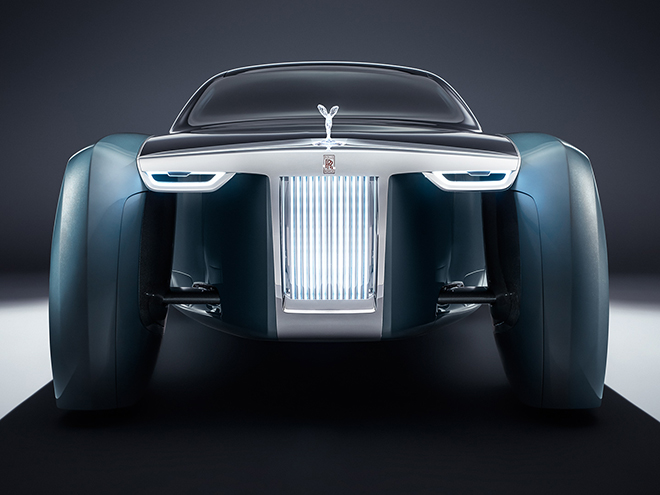 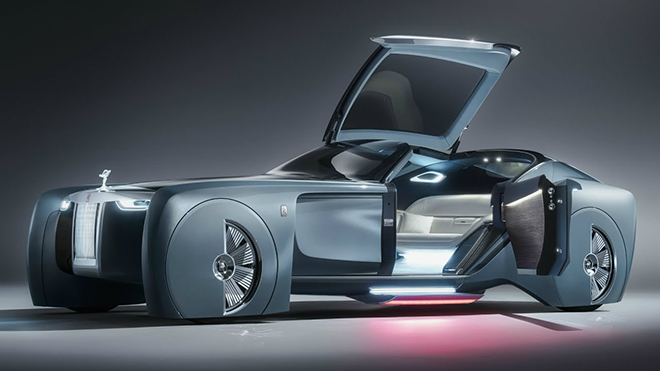 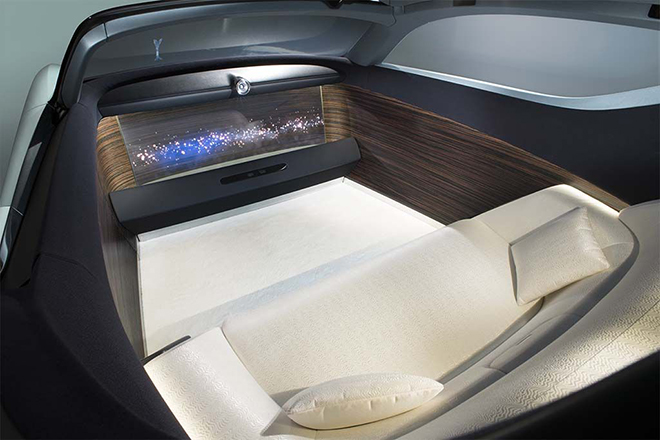 The futuristic design of 103 EX is clear from the outset. Within the luxurious clamshell canopy, the 103EX is fully controlled by Artificial Intelligence, ‘Eleanor’, which processes voice commands and adapts to become the devoted, personable chauffeur that the owner longs for. As the premier choice of the most discerning, wealthy and powerful patrons, Rolls-Royce took it upon itself to up the ante by giving its customers the autonomy to dictate the design of their automobile whilst embracing their wish for an Effortless Journey—autonomous travel in a completely connected, fully autonomous vehicle. Beyond just a lofty prototype, the 103EX is the harbinger of an automotive paradigm shift envisaged by Rolls Royce—VISION NEXT 100.

The Future of Ecstasy 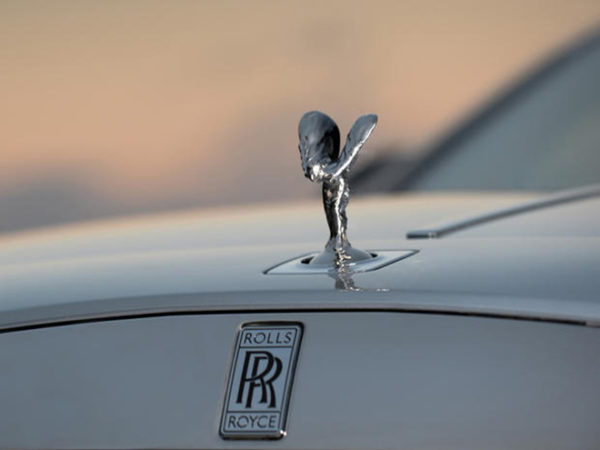 Leaning forth into the wind, arms outstretched, her dress billowing as if in flight, her sagacity and ambitions unabated throughout the century, the Spirit of Ecstasy looks penetratingly forward, ever ready to leap into the future. What distinguishes the British luxury carmaker is its uncompromising adherence to its founding philosophy: the perpetual and unyielding desire for innovation. Beyond the dazzling façade of the brand, it is this philosophy that the world’s most brilliant souls identify with, which qualifies Rolls-Royce as the veritable mark of excellence.