Lewis Hamilton pulls off a remarkable weekend in Suzuka smashing the circuits fastest lap record ever to score his first pole and then lead from start to finish to land his first ever career win at Suzuka. This brings his total pole positions to a whopping seventy-one. Max Verstappen makes it to the podium alongside his Red Bull teammate Daniel Ricciardo in second and third place respectively. Sebastian Vettel registers a ‘did-not-finish’ Lewis Hamilton stole the show for the umpteenth time this season making waves and smashing records. Not only did he score his first ever career pole this weekend in Suzuka despite his remarkable resume, he did it with incredible style. Hamilton smashed the old lap record previously held by Felipe Massa in 2006 by a whopping 1.7 seconds – a massive milestone in Formula 1 terms. He set the new fastest time during the first qualifying session then went on better it twice more during the second and third sessions – a sensational effort. Vettel it seems has all but handed Hamilton the championship. Lewis Hamilton pulls off a remarkable weekend in Suzuka smashing the circuits fastest lap record ever to score his first pole and then lead from start to finish to land his first ever career win at Suzuka. This brings his total pole positions to a whopping seventy-one.

The sun was out in full force this afternoon in Suzuka as the drivers lined up on the circuit for the Japanese grand prix. Lewis Hamilton who led from the front in his Silver Arrow got off to a flying start and kept pace throughout the race to the finish. This was the eighth win by Hamilton and he now leads Sebastian Vettel of Ferrari by fifty-nine points in the Formula 1 championship battle. Vettel who had engine problems retired after completing just a few laps of the race. With only four races to go, Hamilton’s fourth drivers world championship is within millimetres of his grasp. The Prancing Horses had at least some consolation with Kimi Raikkonen finishing in points range. Valterri Bottas who started in sixth place ended up just shy of the podium registering a fourth place finish despite a strong finish in Malaysia. 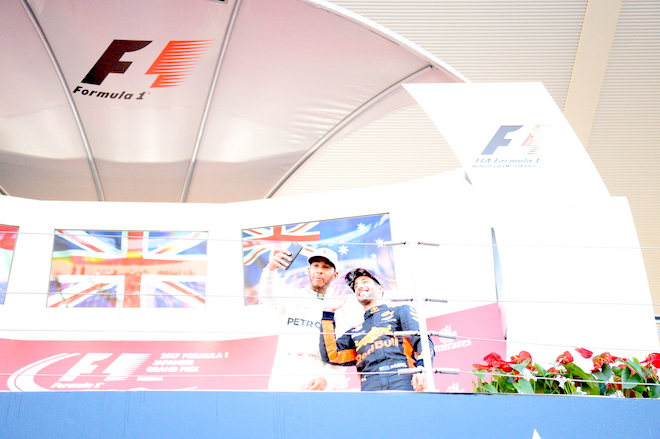 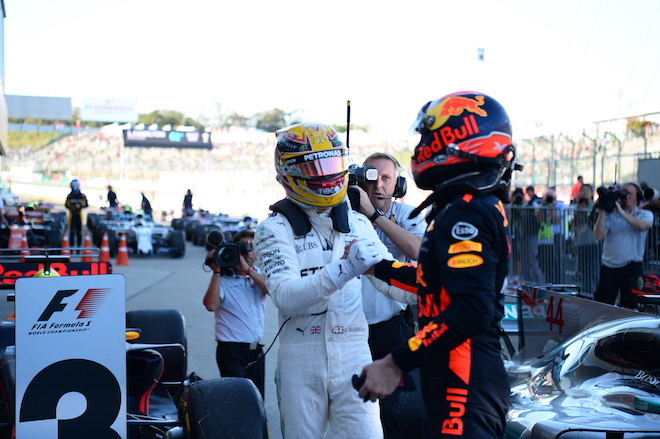 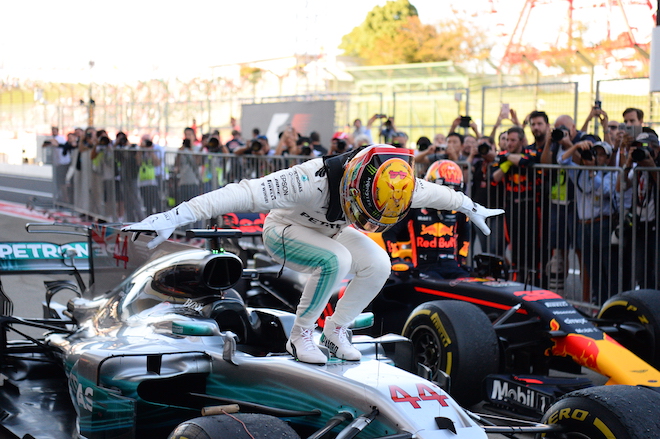 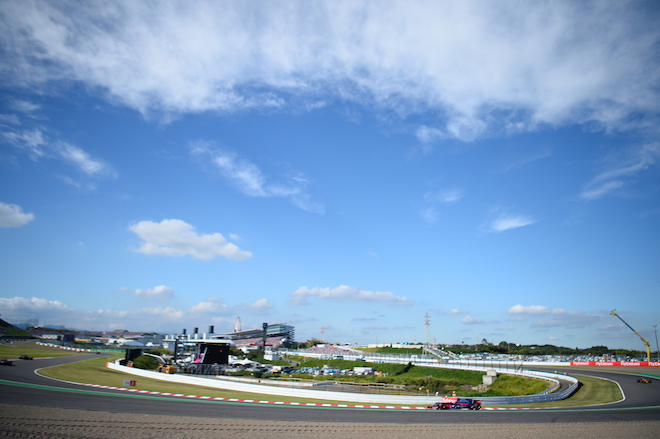 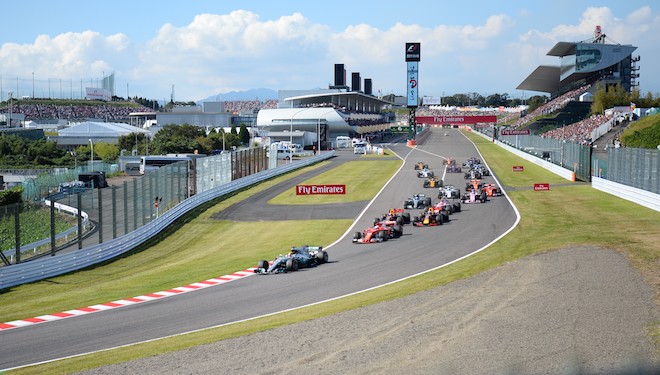 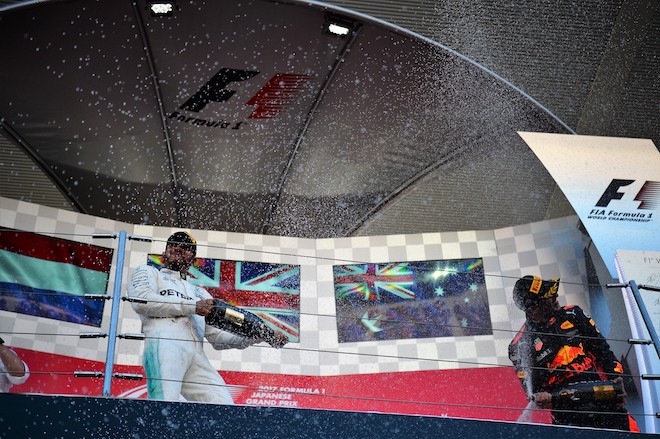 Max Verstappen who celebrated after finishing on the top of the podium in Malaysia ended his weekend in second place helping Red Bull score yet more constructors points putting the team in the 300 range with Ferrari. Daniel Ricciardo finished in third celebrating his ninth time on the podium this year and his first ever podium in Suzuka. During the post race interview by Japanese Indy 500 winner Takuma Sato, the Aussie revealed that his goal this weekend was to score a podium finish and he was incredibly proud to be able to do so. Both the teammates were clearly delighted as they posed for selfies with the winner on the podium. Sometime during the interviews on the podium, Ricciardo cheekily took possession of Hamilton’s phone and posted some hilarious bits on the latter’s Instagram account.

The stage is all set for the next round of the grand prix in Austin where we could see a 2017 F1 Drivers Championship winner and if ever there was a time to predict that it is closer than ever before, now would be it. 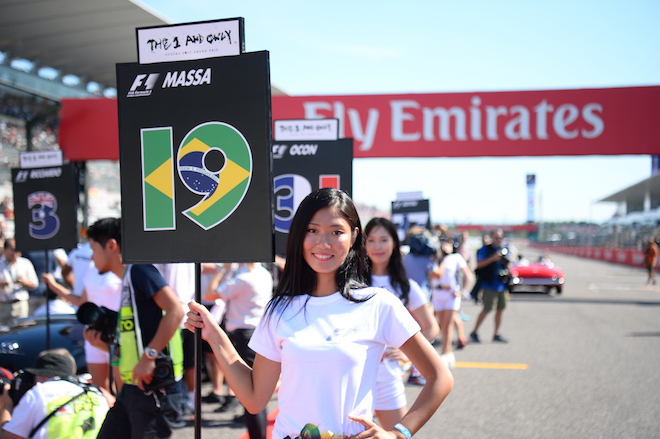 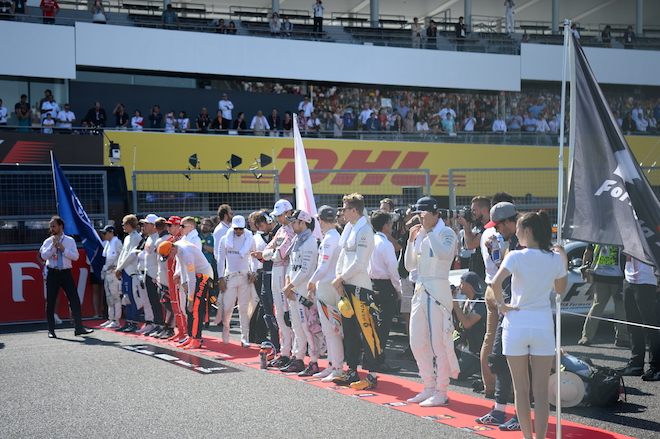 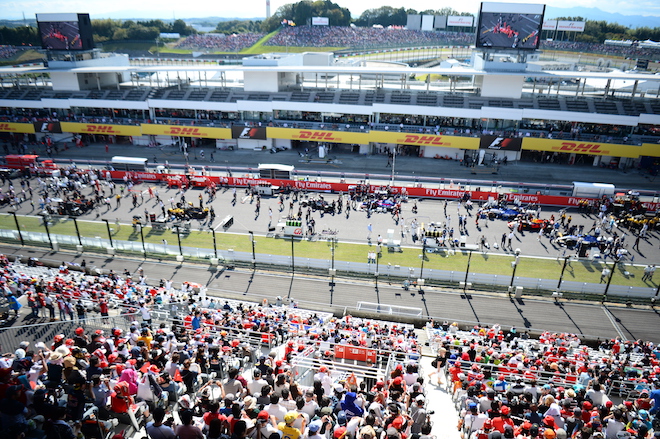 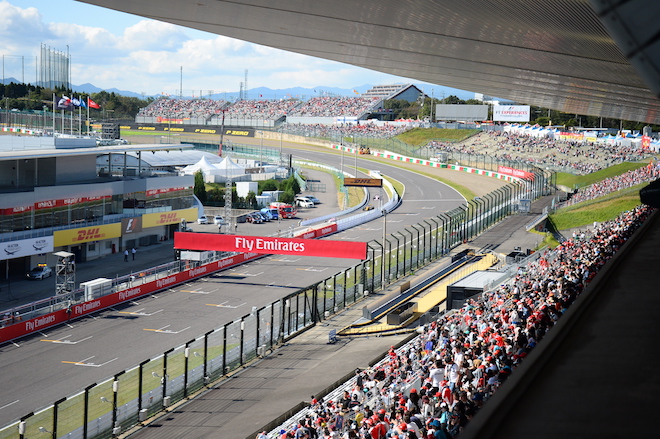 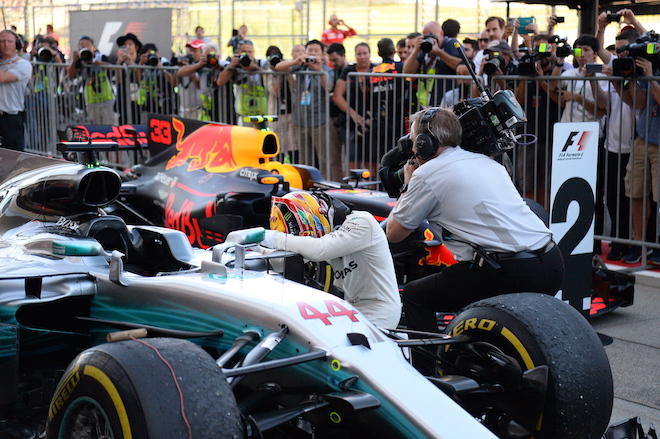 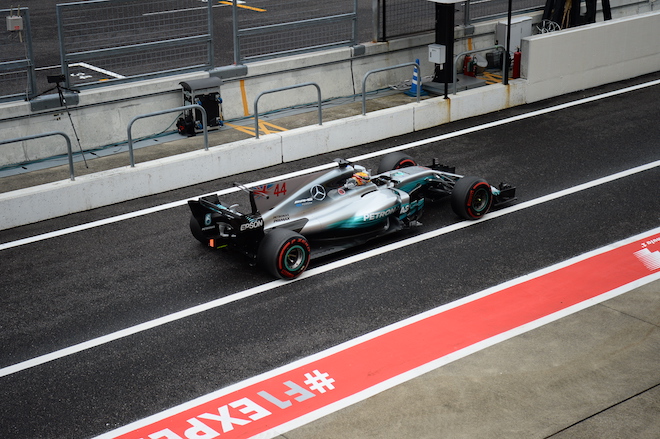 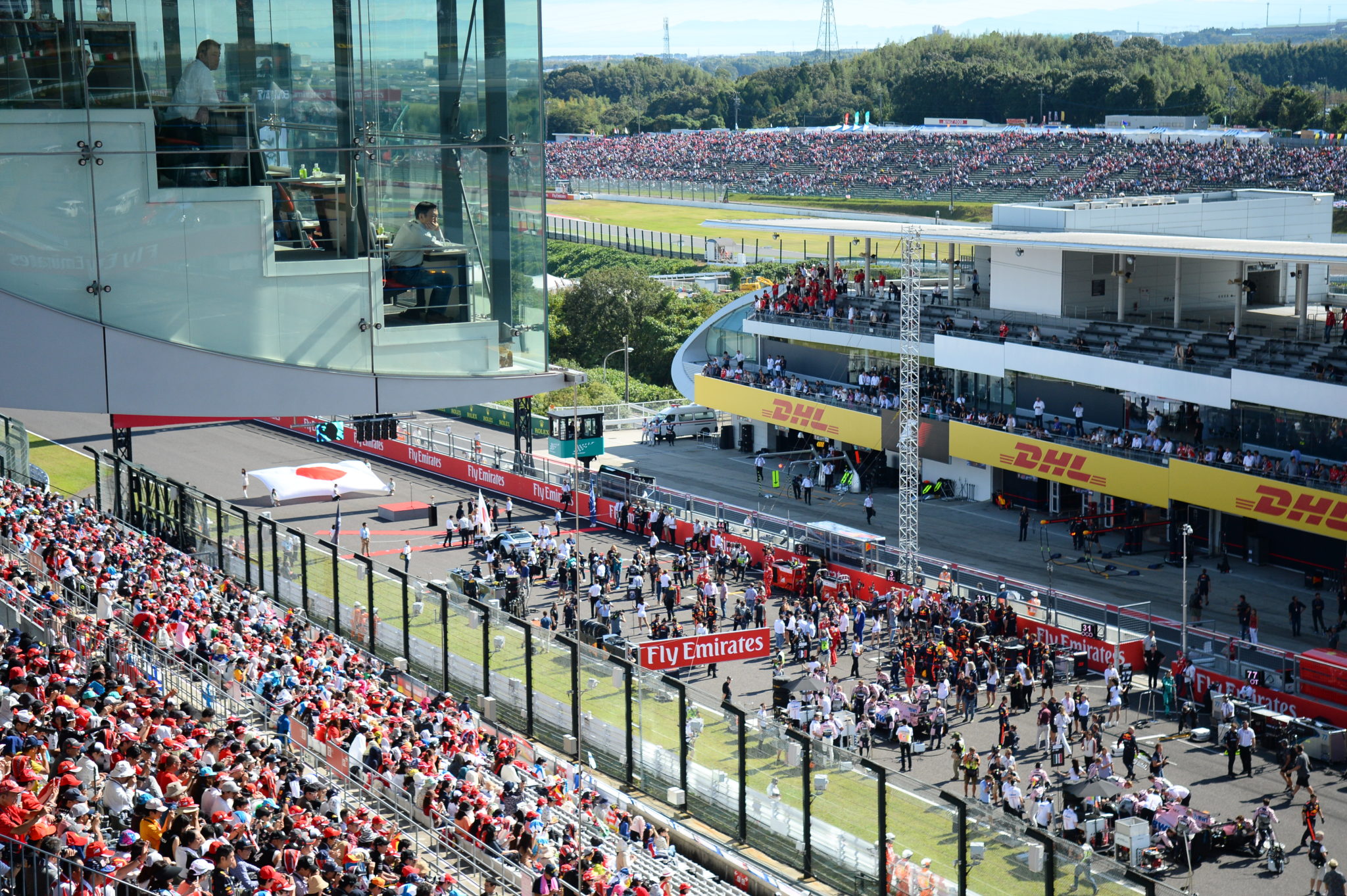