Gwen Stefani and Gavin Rossdale finally benefit from the sale of their megamansion on 11951 Crest Pl, Beverly Hills despite the numerous price cuts. 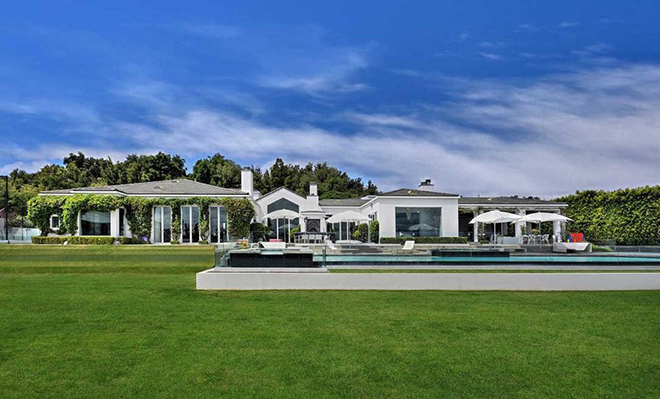 The Beverly Hills mega-mansion is up for grabs. At $24.995 million, the 15,018sqft space was once home to singer/songwriter power couple, Gwen Stefani and her former husband, Gavin Rossdale. The duo’s 13 yearlong marriage came to an abrupt end when news of Rossdale’s cheating scandal with the couple’s long time nanny finally broke. On the market since their official divorce in April 2016, the house has finally benefitted from the numerous price cuts. 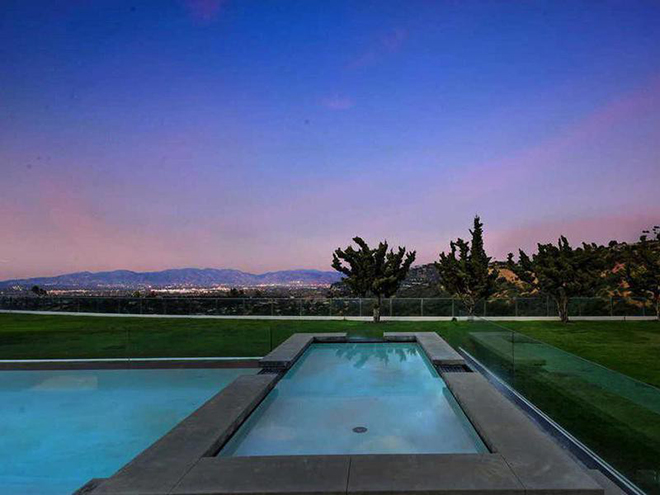 Initially purchased in 2006 for $13.25million, the seven-bedroom mansion’s price had steadily reduced from $35 million to $29 million. By June 2019, the mansion was set at $25 million and eventually sold to veteran comedian turned actor, Sebastian Maniscalco for $21.6 million. 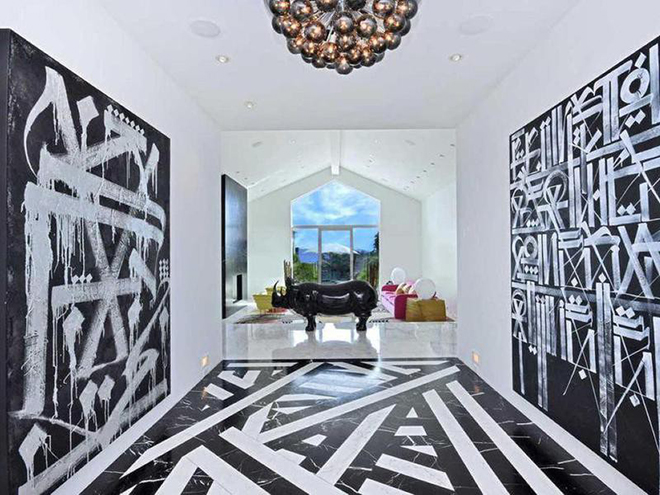 With its furniture perfectly intact, every inch of this radical abode resembles an art museum. Featuring a black rhino statue at the front door, designer furnishing, marbled black-and-white-rugs, and rooms with sporadic pops of bold color – the house incorporates personal touches from both Stefani and her grunge-singing ex-husband. As devout Roman Catholics, religious candles, statues and symbols can be found throughout the house. 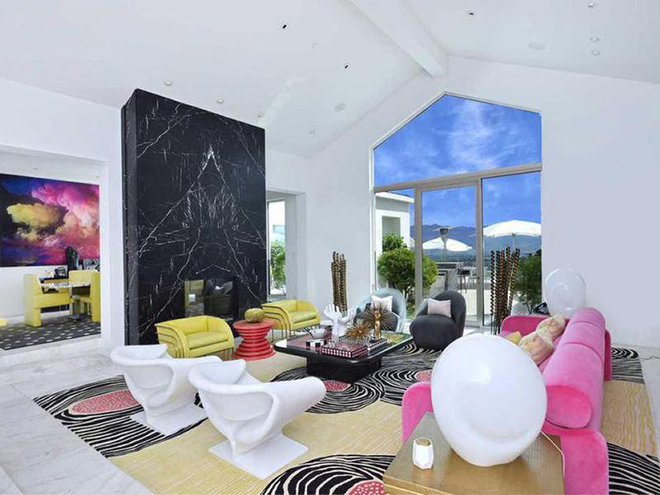 In a whirlwind of colour, the house showcases works of art in every room, plus exuberant living amenities such as double sided fireplace mantles, tiered cascading chandelier, marble tabletops, flat-screen televisions, wall-length paintings and windows with floor to ceiling designer drapes, and spectacular uninterrupted views of downtown Los Angeles. 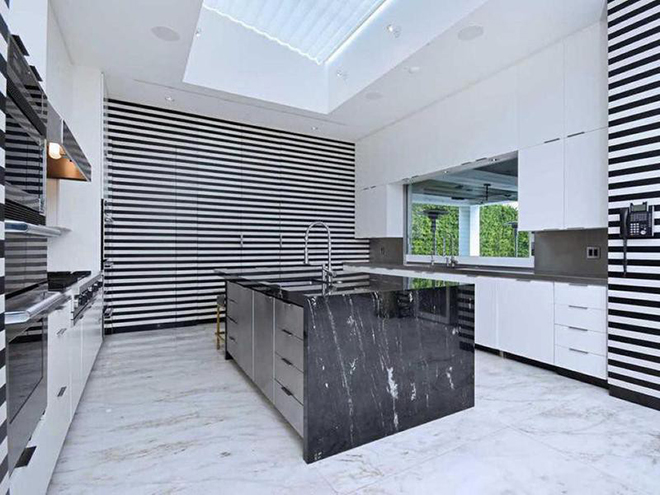 Innovative architectural and interior design has allowed the fridge, cabinets and other appliances present in the kitchen to seamlessly camouflage into the walls. Palatial enough to stir up a feast or to bake off with friends, the kitchen comes complete with a double-range stove and four specialized ovens. 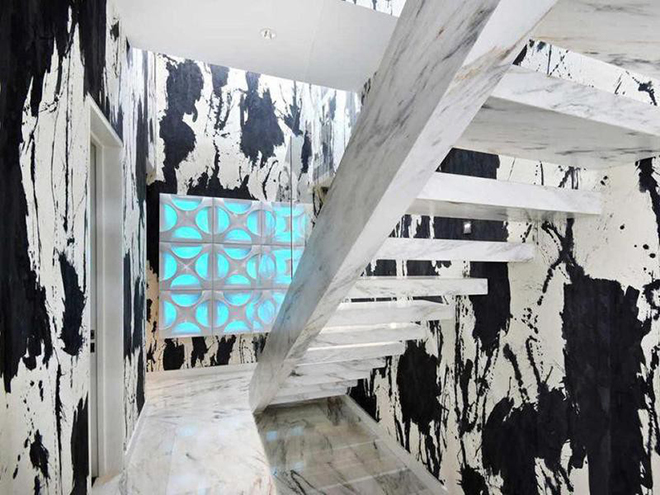 If the prospect of a gift-wrapping or LEGO room for children aren’t enticing enough, climb through Jackson Pollock-inspired walls on a floating marble stairwell – which doubles up as both a modern art installation and a fully functional staircase – into the master bedroom. Featuring mid-century modern furnishing and light fixtures, more wall-length windows and an expansive black-and-white striped rug, the bed includes a floor-to-ceiling headboard. 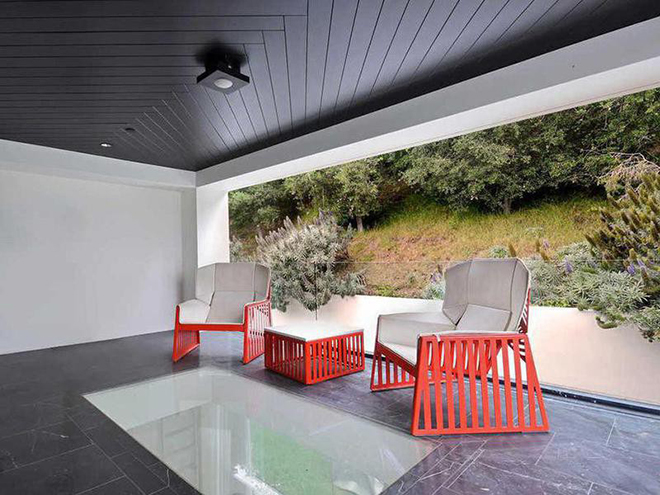 With in-and-outdoor amenities, giant glass doors will lead you into a discreet reading nook, which partially opens to the outside while remaining sheltered. 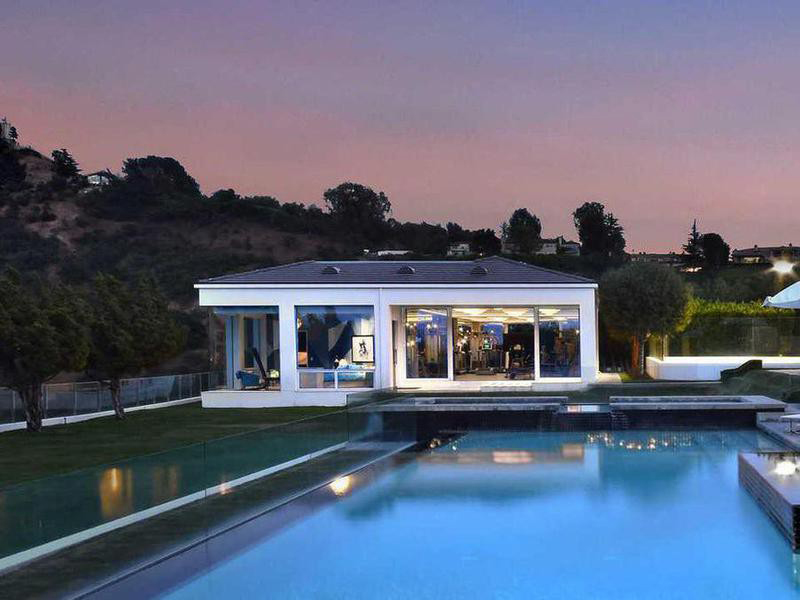 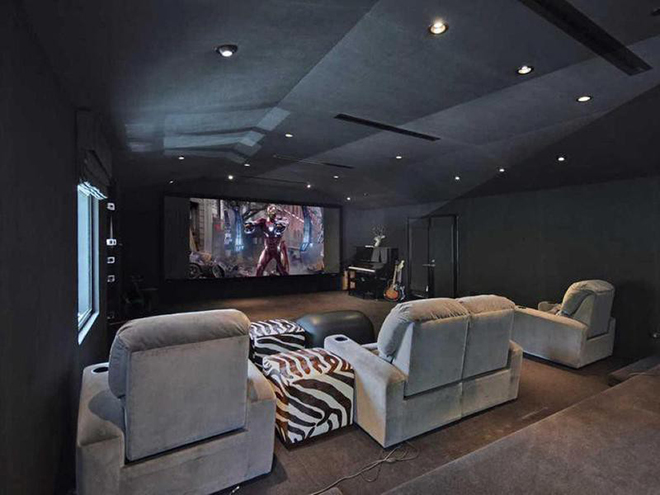 Gwen Stefani’s mansion is no joke and definitely not for the financially impaired. Reports say Sebastian Maniscalco can expect to face a 4%, 30 year mortgage with a 20% down payment (an estimated $129,000 per month inclusive of $1,300 Homeowners Association fees).