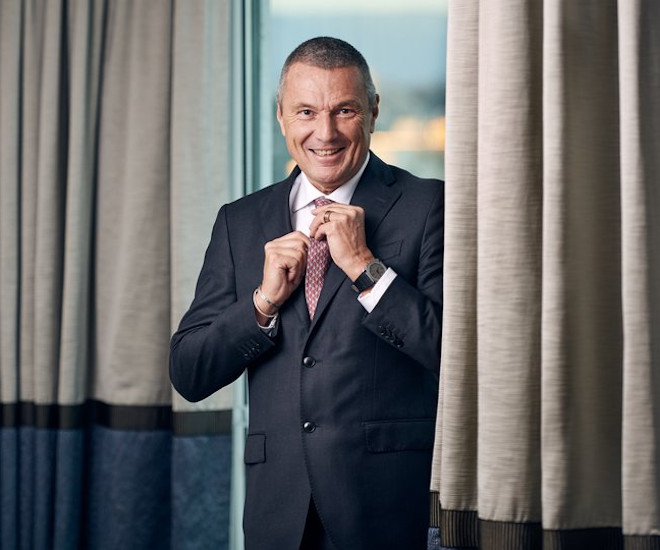 Jean-Christophe Babin has been leading Bvlgari as its CEO for several years. The Italian brand founded in the Eternal city itself is synonymous with magnificence and style, but beyond the designer fashion accessories, leather goods and high jewellery, Babin’s stewardship has seen Bvlgari boldly expand into Swiss high horology (and a few world records and GPHG awards to boot) and a portfolio which includes high-end travel.

Editor’s Note: In January this year, LVMH Moët Hennessy Louis Vuitton, owner of Bvlgari recorded revenue of €53.7 billion in 2019, up 15%. With 10% organic revenue growth contributed greatly by Europe and the United States thanks to exuberant good over the year, as well as Asia, a difficult environment in Hong Kong notwithstanding. Specifically, the LVMH Jan 2020 report highlighted an excellent year for Bvlgari. 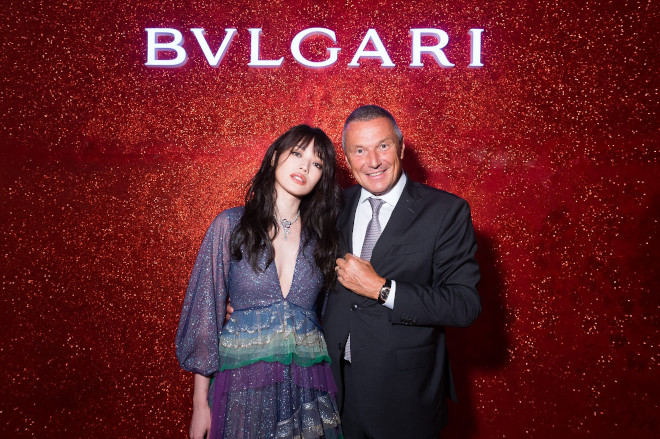 High jewelry and the iconic lines Serpenti, B.Zero 1 and Diva’s Dream were enriched with many new products and the Fiorever collection, launched at the end of 2018, combining flowers and diamonds, contributing significantly to Bvlgari’s stellar growth. LUXUO contributor Prof. Giorgio Nadali spoke to Babin in an exclusive interview on the Bvlgari’s strategic direction, the accelerated growth of women’s (purchasing) power and Bvlgari has continued to expand its market share in key markets like China and the United States.

What is your vision of luxury?

Luxury is above all an emotion: a mixture of desire, joy, exclusivity and eternity. A rather complex cocktail, but for this very reason it can be defined as precious. Unique in how it is created through a contemporary and unmistakable design, which today more than ever draws its inspiration from the city of Rome and created by the intelligent hands of those who work on the Bvlgari product. Expert and generous hands in knowing how to give maximum attention to detail. 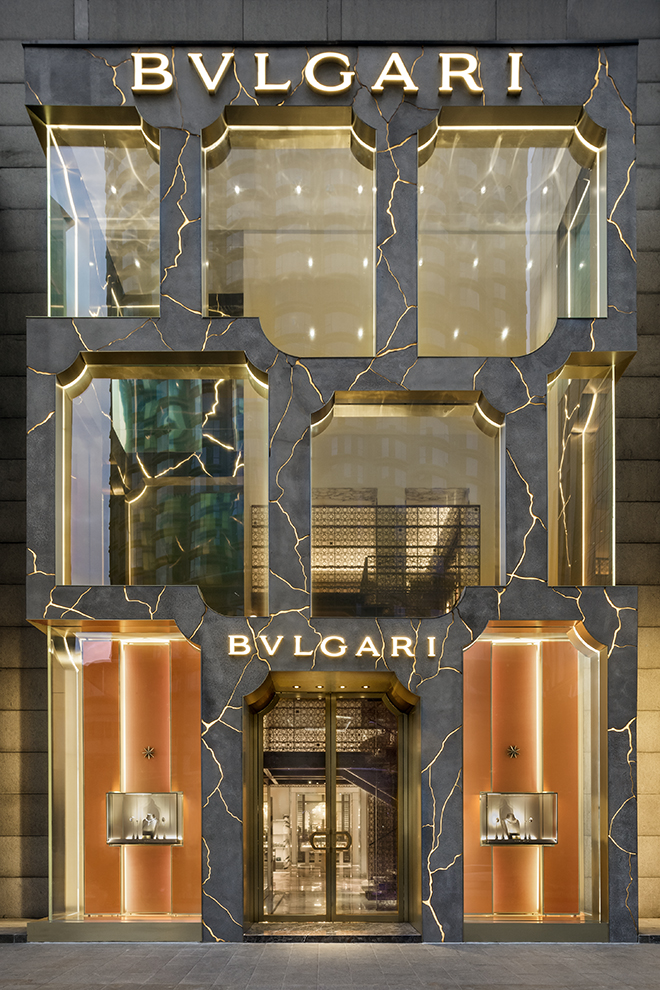 What have you changed in your Bulgari leadership?

We have certainly created greater focus on the brand’s bond with the city of Rome, both in terms of artistic inspiration and in the way of communicating the unique experience of the brand from the jewel to the hotel. We have put more and more emphasis on Beauty and Well-made, investing more than ever in craftsmanship and crafts of excellence, from the goldsmiths workshops of Valenza and Rome to the Leather Goods of Florence. We have also created an absolutely unique school in Italy, the “Bvlgari Academy” of Valenza, within our production site, which every year can train more than 100 new goldsmiths, helping us to nurture a profession that must not run out over time, in an environment that looks to the future through new technologies and always looking at the past and tradition.

Why did you want the largest Bulgari boutique in Tokyo, in the Bulgari Ginza Tower?

Tokyo, together with a few other cities in the world such as New York, Milan, Hong Kong, Paris and Los Angeles, is one of the places that most impact the world of luxury, design, art and fashion, thanks also to a large local clientele enriched by very important tourist flows. In Tokyo as in these other key cities, we seek the ultimate representation of Bvlgari’s magnificence and Romanity. In the same spirit we renovated in 2017 the Flagship store in New York, 5th Avenue and in 2018 that of Via Montenapoleone in Milan. We opened on the Champs Elysées in Paris and in 2019 it will be the turn of Place Vendôme. 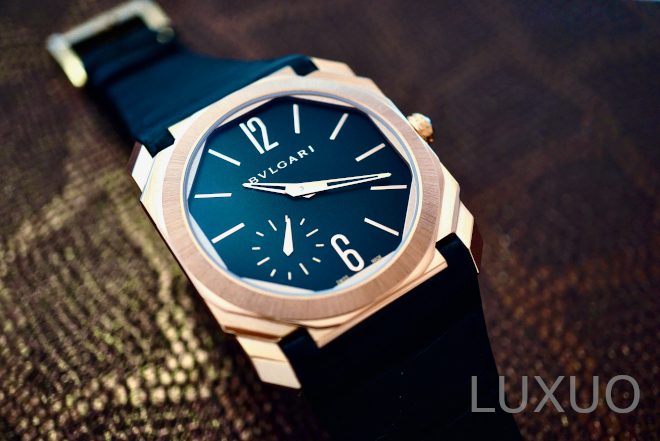 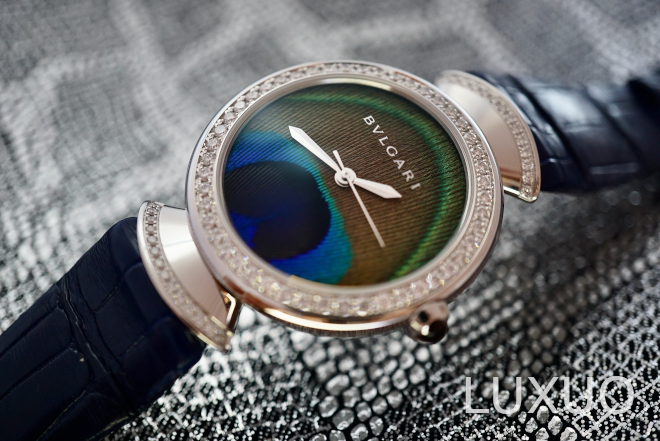 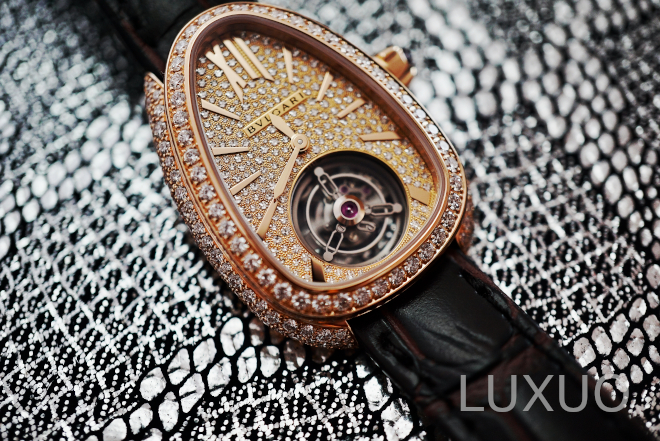 Tell us the identity of your ideal customer

All customers are wonderful. Bvlgari’s motto is “Cliens Rex” (translated: Client is King). The Bvlgari customer is very demanding and as often happens in the world of luxury and the digital age we live in, very informed to the point of knowing exactly what he wants. The ideal customer profile for me and for the brand I think is: happy, joyful and proud to wear Bvlgari. Likely to share his emotions with his community. A customer who appreciates the uniqueness of the goldsmith’s art, generous and passionate. Who shares with us the beauty of wearing a product that, following the criteria of excellence of high manufacturing, always tells the brand’s DNA, but in a contemporary way.

Contemporary women are increasingly independent financially, they buy jewellery for themselves, regardless of the partner, rather than a particular event such as an anniversary or a promotion. 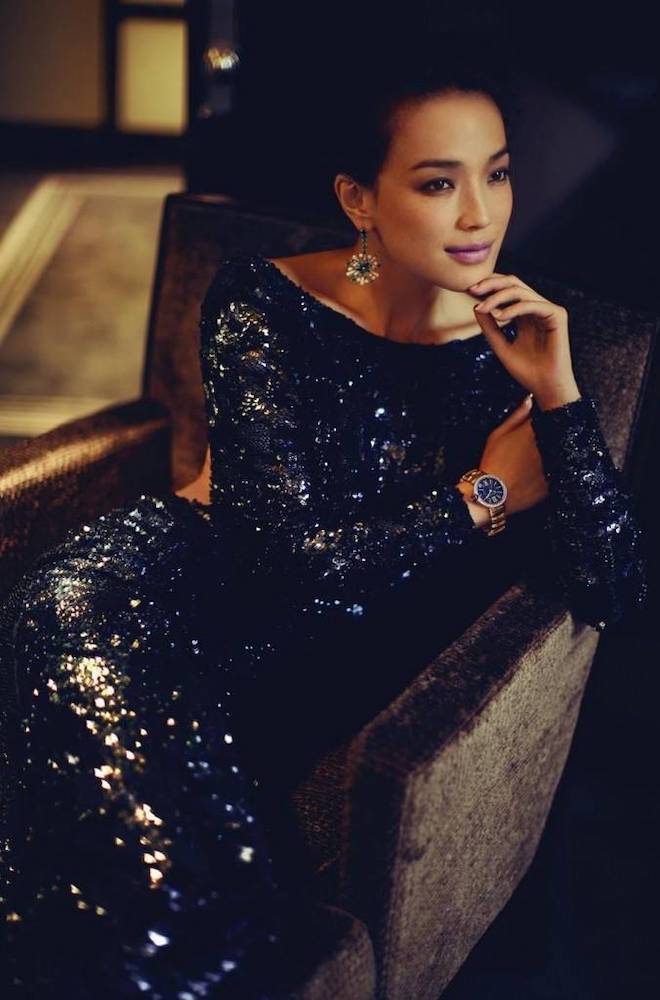 What do you see on the horizon of world luxury?

The heart of our concept of luxury, that is the jewel made of precious metals and rare stones. It has existed for more than 10,000 years and has been celebrated in all cultures and eras to accompany life’s most exciting moments and dreams. Almost a visceral and universal atavism at Omo Sapiens. Today the same metals and the same gems become more and more rare and desirable, so much so that we are witnessing a constant growth in the desire for the jewel, accelerated by the “Woman power”. Contemporary women are increasingly independent financially, they buy jewellery for themselves, regardless of the partner, rather than a particular event such as an anniversary or a promotion. This type of luxury, ours, is the only one to have demonstrated over the millennia to maintain its high value. It perfectly combines the emotion of wearing and a patrimonial dimension that, especially on high jewellery products, becomes increasingly important.

What are Bulgari’s consolidated numbers?

They are aggregated to the Watches and Jewellery division of LVMH, our shareholder. Analysts often estimate that we weigh much more than half of this division with a greater impact on profits. LVMH itself often cites Bvlgari as one of the key brands in its portfolio. The brand increased its market share with a particularly evident growth in the jewellery market, in which to lead. (Editor’s Note: Though LVMH does not release performance data of specific brands, we can infer that if Bvlgari is cited as the strongest performer and that the Watches and Jewellery division recorded organic revenue growth of 3% and profit from recurring operations were up 5%., Bvlgari’s contributions must be fairly substantial in the context of division revenues of 4,405 million euro). 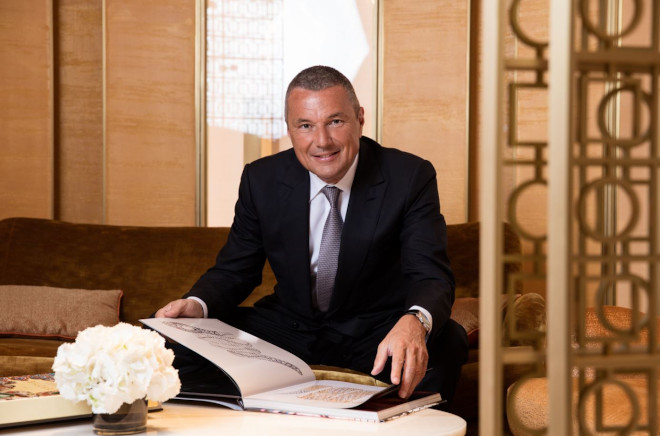 What market share do you have in Italy and abroad?

We estimate our positions on more qualitative than quantitative information, as well as on the analysis of our competitors’ financial publications. On this basis, Italy remains the country in which our share is the highest ever, even if the presence of competition has developed a lot in recent years, just look at Via Condotti and the amount of luxury brands it hosts. Outside Italy, we are the jeweler who apparently grew best in 2018, gaining market share from the US to China. Overall, the luxury market remains highly fragmented and the opportunities for further growth are important.