A show of outlandish sculptures by a Japanese artist in the Chateau of Versailles near Paris has enraged traditionalists who say it dishonours France’s past. From September 14 to December 12, visitors to Versailles will see eye-grabbing multicoloured statues in silver, fibreglass and metal by Takashi Murakami alongside the chateau’s ornate murals and chandeliers. “The […] 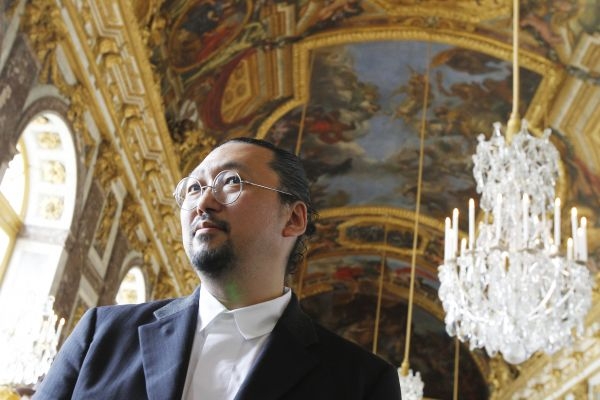 A show of outlandish sculptures by a Japanese artist in the Chateau of Versailles near Paris has enraged traditionalists who say it dishonours France’s past.

From September 14 to December 12, visitors to Versailles will see eye-grabbing multicoloured statues in silver, fibreglass and metal by Takashi Murakami alongside the chateau’s ornate murals and chandeliers.

“The Chateau de Versailles is one of the greatest symbols of Western history,” Murakami said in a statement on the museum’s website.

“The Versailles of my imagination… has become a kind of completely separate and unreal world,” he added. “That is what I have tried to depict in this exhibition.”

Versailles enthusiasts however branded it an outrage to their beloved museum in the posh Paris suburb.

“Murakami and company have no business in the Chateau of Versailles!” reads a message on the website Versailles Mon Amour, dedicated to a petition which it says has gained more than 3,500 signatures.

“The chateau is not a billboard but one of the symbols of our history and our culture,” it says. French King Louis XVI was driven from the chateau by revolutionaries in 1789 and guillotined four years later.

His ancestor Louis XIV had set up court there in the 17th century, living in his royal apartments — site of the new exhibition.

Such groups see Versailles as “a reliquary of nostalgia of (pre-revolution) Ancien Regime France, of a France that is turned in on itself and hostile to modernity,” Aillagon added.

Murakami has a global cult following, but his brash, colourful style and sometimes gleefully obscene subject matter are not to everyone’s taste.

The 47-year-old artist’s work evokes the look of “manga” comic books, perhaps most famously in the 1997 statue Hiropon, which depicts a large-chested girl skipping over a “rope” of spurting breast milk.

In another sculpture, “My Lonesome Cowboy”, a naked young man finds a novel use for his own semen (pictured below).

These two works are not part of the Versailles exhibition, but Anne Brassie, a local literary critic who launched the petition, cited them as showing that Murakami was not worthy to have his work displayed in Versailles.

“The young man with an erect penis whose sperm forms a lasso, the little woman with big breasts whose milk forms a skipping rope — these have no place in the royal apartments,” she told AFP.

Another patriotic cultural group, Versailles Defence Coordination, also launched a petition which it said has gained more than 4,000 signatures. Its leader Arnaud Upinsky said the exhibition was “illegal”.

Aillagon said the works in the show “were chosen carefully so they could be seen by everyone.”

They include “Oval Buddha Silver”, a meditating silver figure with a huge globular head, and the multicoloured psychedelic sculpture “Flower Matango”.

The Murakami show is one in a series of contemporary art installations in the chateau, launched by Aillagon. The first such show in 2008, with bright and bizarre sculptures by the US artist Jeff Koons (above), also angered traditionalists.

Prince Charles-Emmanuel de Bourbon-Parme, an heir of Louis XIV, tried to get it banned, saying it dishonoured his family’s past, but the courts dismissed his bid.

Visitors flocked to the Koons show and to the second in the series in 2009, with works by French pop artist Xavier Veilhan including futuristic purple horses, a naked woman, and a colossal four-metre (13-foot) long Yuri Gagarin.

Aillagon said the series “aims to give visitors to historic monuments the chance to discover art that is less familiar to them, and to those who want to see Takashi Murakami or Jeff Koons to come to the chateau where they wouldn’t normally come.”

The organisers of the site said a “playful” demonstration was planned in front of the chateau on the day of the exhibition’s opening.